A father-daughter duo experienced the surprise of a lifetime when two humpback whales breached the water in front of their boat.

Sean Russell and his daughter Sarah had been fishing at Conception Bay in Newfoundland at around 6am when the two whales, who were feeding nearby, swam up to their boat.

The humpback whales then launched their bodies out of the waters and twirled right in front of the pair before splashing back into the sea.

During the incredible clip, which was filmed on August 23, Sarah and her father look out at the sea and try and locate the whales as Mr Russell asks: ‘Where did he go? We scared him.’ 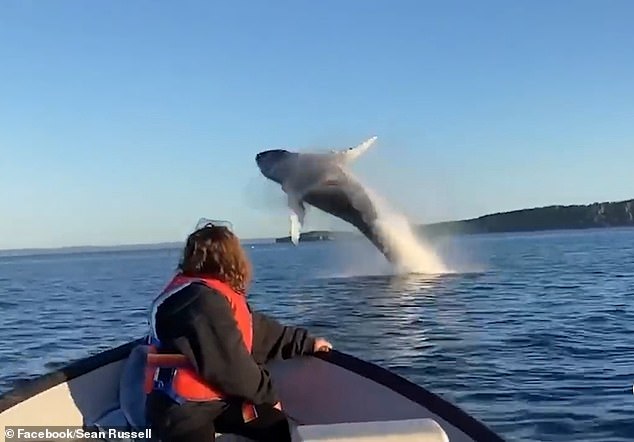 Sarah Russell, who had been fishing with her father at Conception Bay in Newfoundland at around 6am, watches in awe as the humpback whale leaps from the water 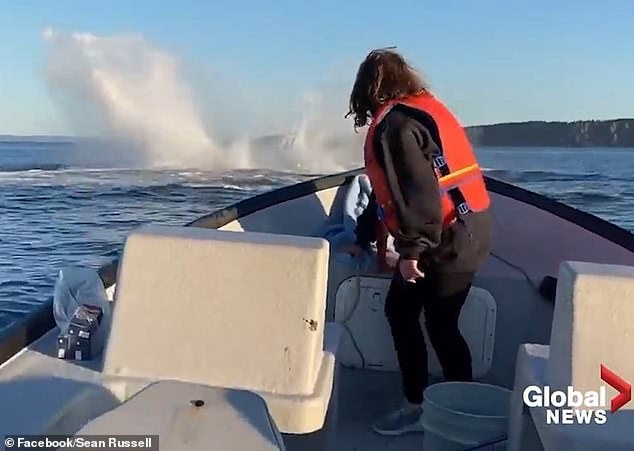 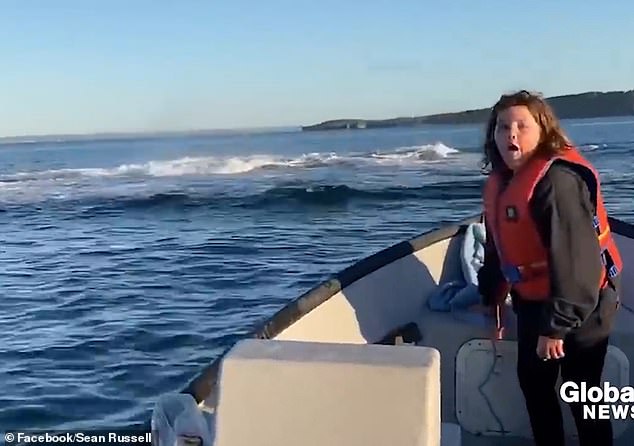 Seconds later, the large mammal shoots out from the sea and twirls in the air before splashing back into the water and repeating the action.

Sarah looks at her father in shock as her father asks: ‘Now what do you think of that?’

Overwhelmed with what she has just seen, Sarah replies: ‘Oh my god what just happened? Oh my goodness.’

A second humpback whale then breaches the water and swirls in the air as the stunned father and daughter watch the extraordinary sight.

Following the scenes, Sarah said the humpbacks launched themselves from out of the sea and kept on swirling up in the air and described the moment as ‘absolutely mind blowing.’

She told Global News: ‘We woke up this morning and decided to go fishing and we asked everyone if they wanted to come but they never and it was at 6 O’clock.

‘Out of nowhere they start shooting out and spitting doing spins up in the air- two of them. 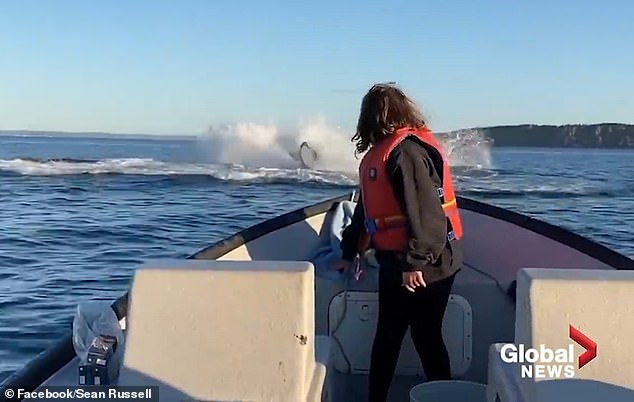 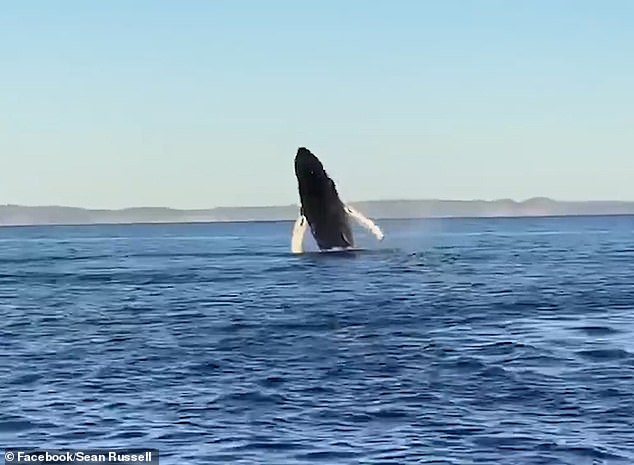 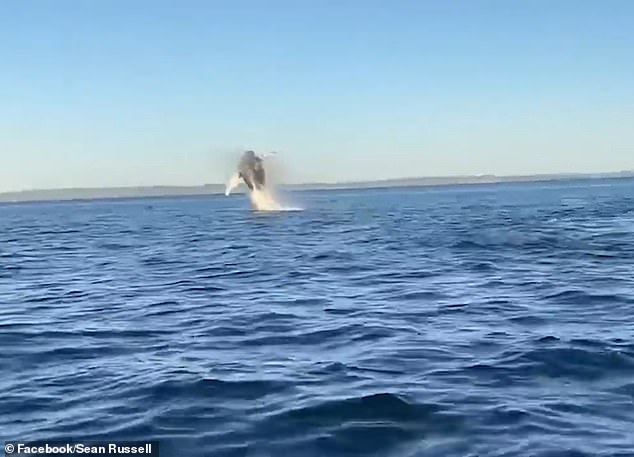 ‘The two of them went down and kept on swirling up in the air and then finally they got to a certain spot and they were just lying there splashing their flukes.’

She added: ‘It was absolutely mind blowing.’

Mr Russell explained that after failing to capture an image of the whales during a fishing trip last week, he had his camera ready just in case he was fortunate enough to see the whales again.

He said: ‘We were an hour on the water fishing and they were around us just feeding and last week I missed the chance to get a nice picture but by the time I got my camera they were gone.

‘They were feeding for about an hour and not one of them jumped and then they came up to us and so I grabbed a camera and said now we’ve got to get this picture but we didn’t expect to see them jump like that out the water.

‘It’s much closer than it looks on the camera because the camera doesn’t do justice to what we’ve seen. 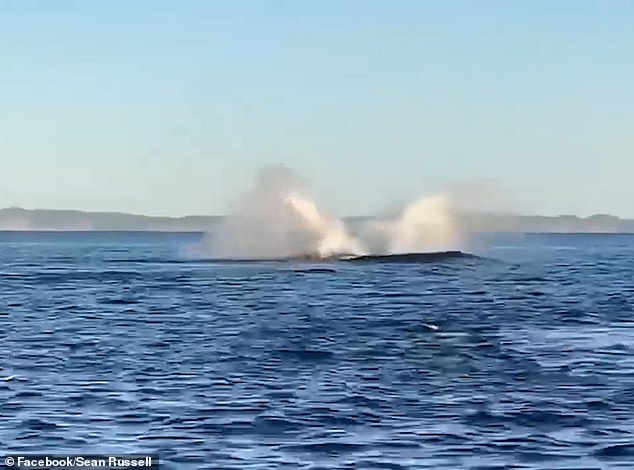 ‘To have two of them spin was absolutely amazing.’

Humpback whales are found in every ocean around the world and often grow up to 16 feet long.

They typically feature dark backs, light bellies, pleats on their throats, a small hump in front of their dorsal fin and a large tail fin which is called a fluke.

Like other whales, humpback will often jump out form the water before splashing back into the water but scientists are not sure if breaching the water serves a purpose.