The Kentucky Republican weighed in as President Trump prepares an executive order to deter monument destruction and warns participants they face 10 years in prison.

“Americans have been ordered to rethink and relearn our nation’s history by a movement that is itself so historically illiterate that they mistake George Washington, Ulysses S. Grant, and an 18th-century abolitionist as enemies of justice and destroy their monuments,” McConnell said in a Senate floor speech.

“American people know they don’t need history lessons from common criminals who are dragging George Washington through the dirt,” he added.

Protests stemming from the killing of George Floyd by Minnesota police increasingly have targeted monuments, particularly of slave owners and Confederate leaders.

But on Tuesday, a Wisconsin crowd toppled, beheaded and threw into a lake a statue of abolitionist Hans Christian Heg, who led an anti-slave catcher militia and died fighting for the Union in 1863. Last week, San Francisco activists toppled a bust of Grant, who briefly owned a slave before leading Union troops to victory. As president, Grant repressed the Ku Klux Klan. 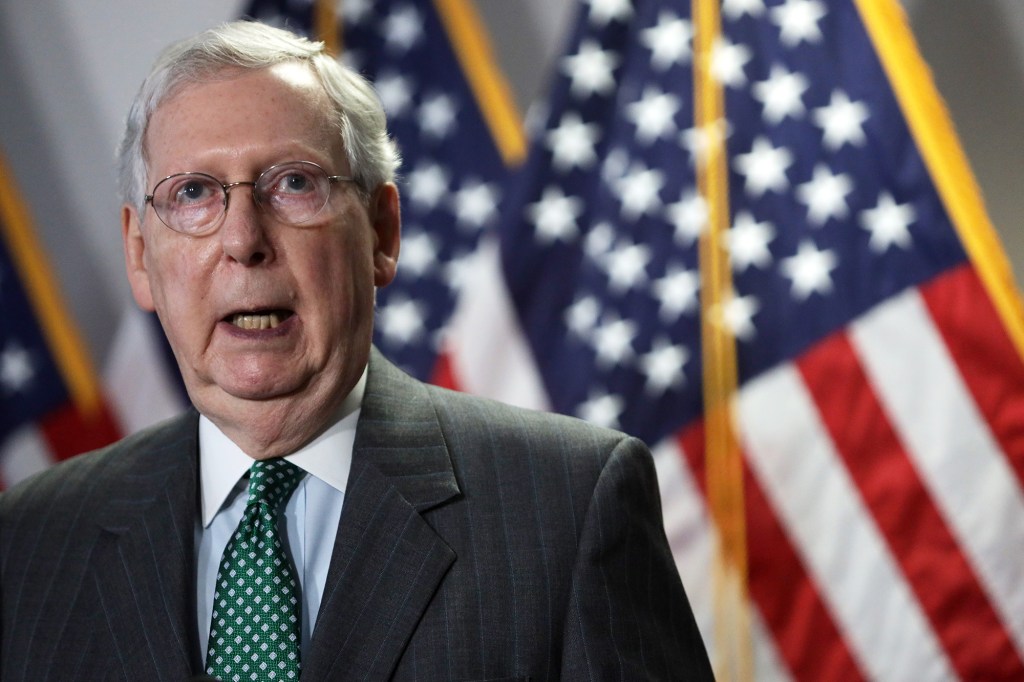 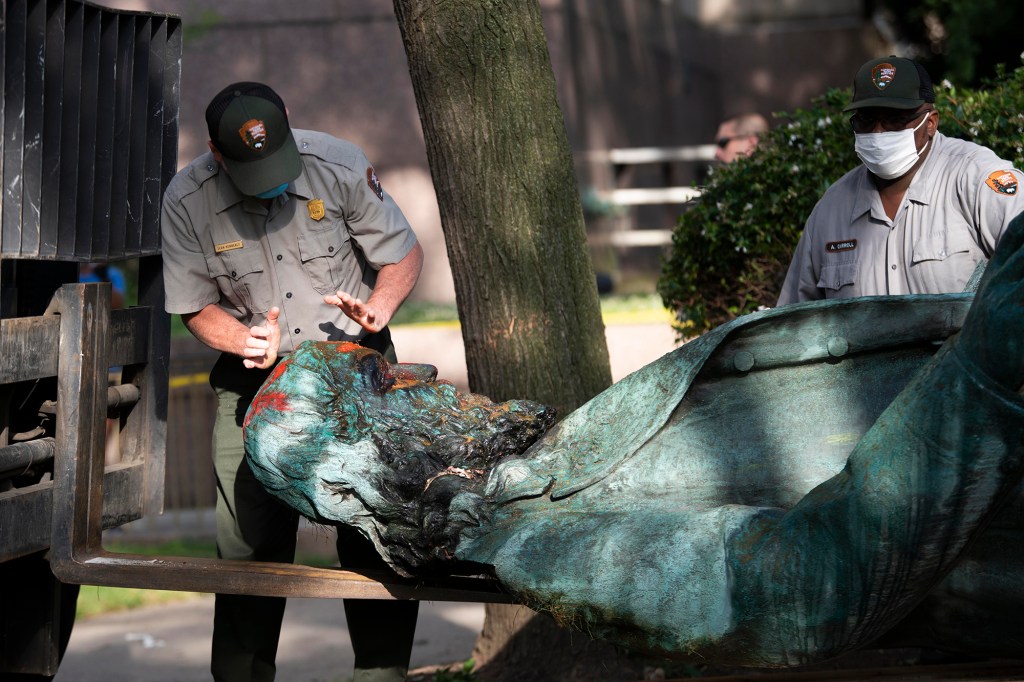 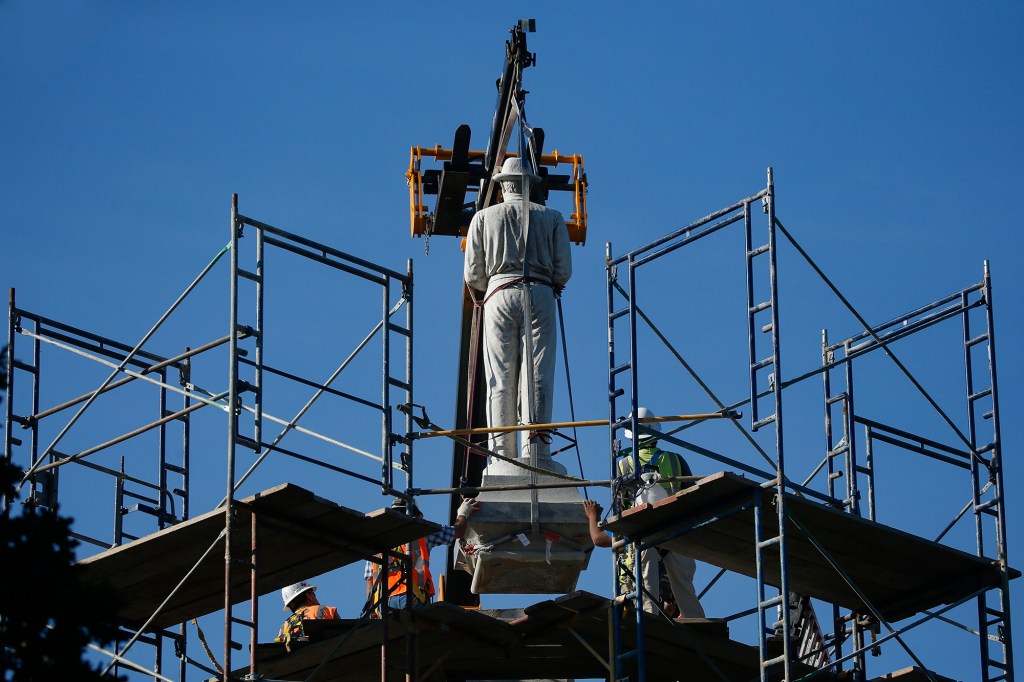 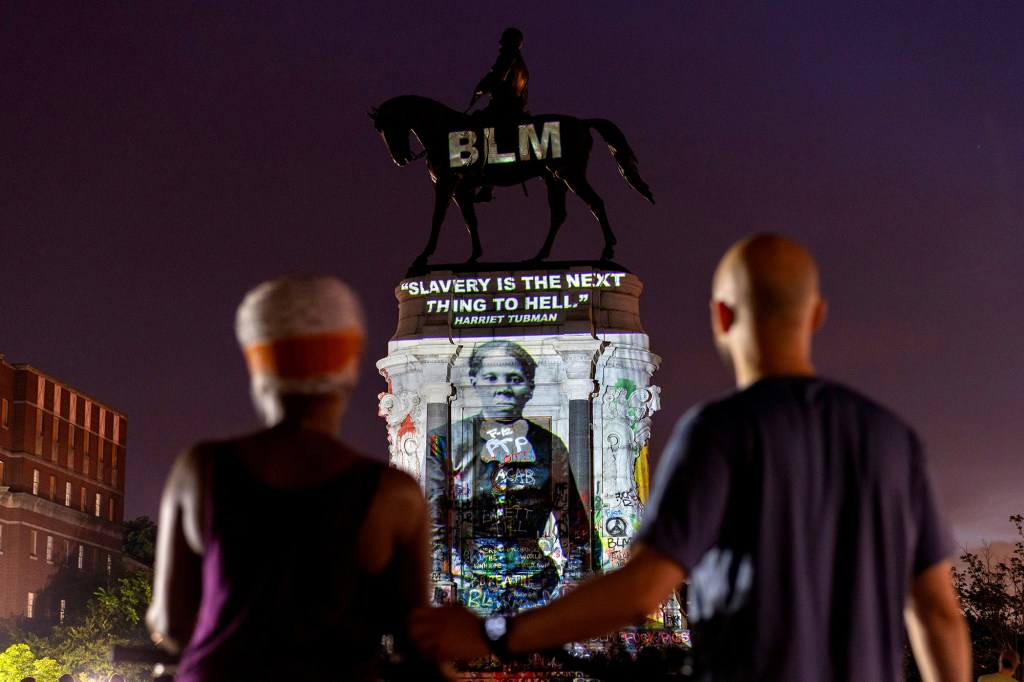