Barbara Sage, 68, worked in palliative care for more than 40 years and spent the last 14 working for Marie Curie. 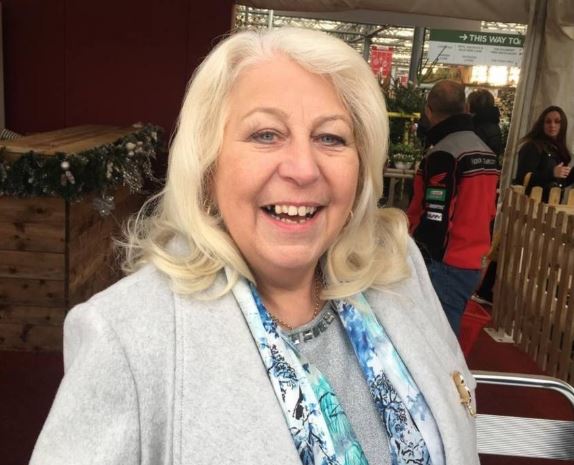 She died in intensive care on Sunday and is survived by partner Gerald, her children Donna and Aaron, and her five grandchildren.

Barbara started as an ambulance driver in London when she was 18 and it inspired her to become a nurse.

Her daughter Donna described her "caring and kind" mum and as someone who was always there for her patients.

She said: "Mum always said her job wasn't about the getting paid, it was about being there for people when they need it.

“It was about being caring and kind and giving people your time.

"She wouldn't just get up and leave at the end of her shift. She'd stay on to support the families or wait for the coroner if needs be."

The gran-of-five was working as a senior healthcare assistant in Bromley, South London when she died.

Adebusola, her clinical nurse manager, said Barbara was an "incredible" and "dedicated" nurse.

She described a time when one of Barbara's patients was dying and his carer wife was rushed to hospital.

The couple also had a disabled son with Downs syndrome.

SUN readers are today urged to sign a petition calling for our NHS staff to be awarded the George Cross.

Yesterday, we backed a proposal by Lord Ashcroft to honour our health heroes with the gallantry gong given for acts of bravery that did not take place in battle.

A No10 spokesman said: “The NHS is doing a fantastic job and the nation will want to find a way to say thank you when we have defeated this virus.”

SAS hero Andy McNab added: “The award of a George Cross would show an emotional appreciation.”

We are asking readers to sign the petition online at thesun.co.uk/georgecrossfornhs.

Baraba put called to get her patient into the local hospice and refused to leave his side until he was taken in.

Adebusola said: "Then she stayed at home with the son, cooked him breakfast and looked after him and comforted him until the social worker arrived.

“She'd started her shift at 10pm the night before, and she left the family's house at 1pm the next day.

"She hadn't slept, she was amazing and if that's not kindness and dedication then I don't know what is.”

It is believed at least 50 NHS workers have died with Covid-19 in the UK so far.

Matthew Reed, Chief Executive of Marie Curie said: "Barbara’s death is a devastating loss for the whole Marie Curie Team, and I know everyone who worked with Barbara over the last fourteen years can attest to her professionalism and commitment. I know she will be very greatly missed.

"I’ve spoken to Donna who told me how her mother had spent all her life as a palliative care nurse, holding the hands of dying people and hugging their loved ones.

"She told me how she and the rest of the family couldn’t hold Barbara’s hand as she was dying. They couldn’t hug her goodbye. This pain is something that so many families are having to go through right now.

"My thoughts are with Barbara’s family and friends, as well as everyone who is grieving a loved one in these incredibly difficult times."