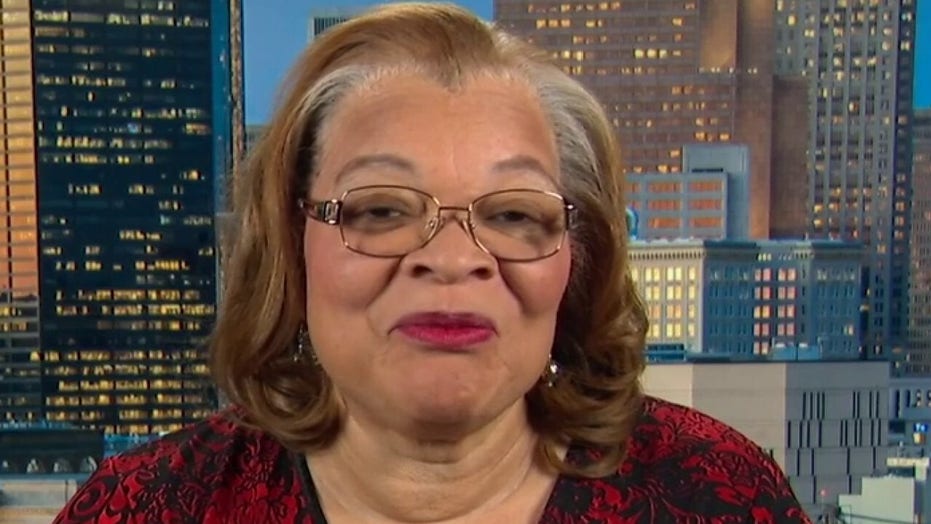 The march started off as a planned two days of protests and sit-ins but culminated instead in a march of 250,000 people gathering in front of the Lincoln Memorial. More than 3,000 members of the press covered the event, according to the NAACP. 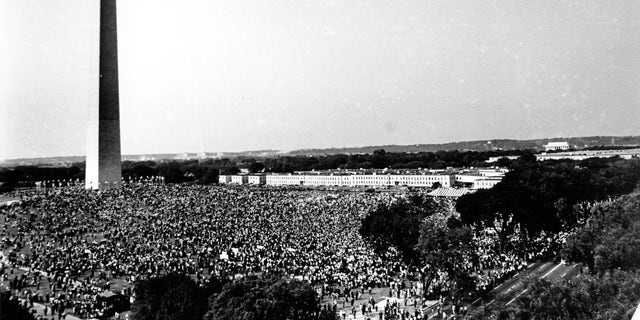 This Aug. 28, 1963, file photo shows civil rights demonstrators gather at the Washington Monument grounds before noon, before marching to the Lincoln Memorial, seen in the far background at right, where the March on Washington for Jobs and Freedom will end with a speech by Rev. Martin Luther King Jr., now known as the "I Have A Dream" speech. (AP Photo, File)

The initial focus of the march was to bring attention to joblessness and urge public works programs to employ more Black people; it developed into a catalyzing moment for civil rights, culminating in Martin Luther King Jr.’s iconic “I Have a Dream” speech.

The impact of the march – and King’s speech – cannot be understated: Both are credited with helping prompt the passage of the Civil Rights Act of 1964.

Here’s what you need to know about the March on Washington in 1963. 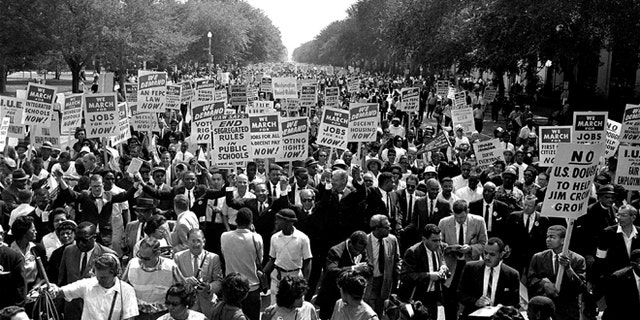 In this Aug. 28, 1963, file photo Dr. Martin Luther King Jr., center left with arms raised, marches along Constitution Avenue with other civil rights protesters carrying placards, from the Washington Monument to the Lincoln Memorial during the March on Washington. (AP Photo, File)

The march was born from the vision of two men: A. Philip Randolph, head of the Brotherhood of Sleeping Car Porter, and Roy Wilkins, the executive Ssecretary of the National Association for the Advancement of Colored People (NAACP).

Randolph had attempted to organize a march in 1941, but President Franklin D. Roosevelt met with him and agreed to establish the Fair Employment Practice Committee (FEPC) to investigate charges of racial discrimination.

BLACK HISTORY MONTH 2021 FOCUSING ON ‘THE FAMILY’ AS A THEME

FEPC only lasted five years before Congress cut funding and dissolved the committee.

Randolph eventually became part of the Council for United Civil Rights Leadership, which included Martin Luther King Jr., John Lewis (then the chairman of the Student Nonviolent Coordinating Committee), Wilkins and Whitney Young, according to the National Parks Service.

The final push came in the wake of the 1963 clash between demonstrators and police in Birmingham, Ala. 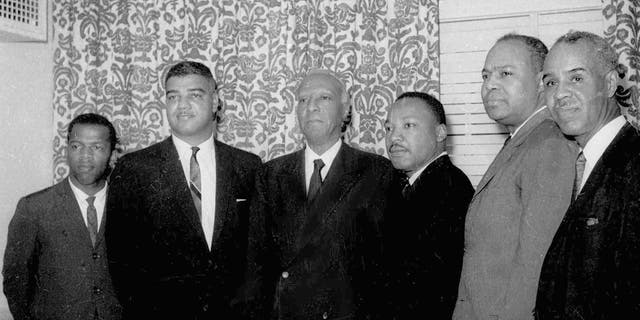 FEARS BEFORE THE MARCH

Just as Roosevelt did in 1941, President John F. Kennedy met with Randolph and King ahead of their planned protests in Washington, D.C., in 1963.

Kennedy worried that the demonstration would end in violence, much as it had in Birmingham. He told protesters that the march was “ill-timed” and that the organizers invited “an atmosphere of intimidation,” according to History.com.

ALVEDA KING: AMID CORONAVIRUS AND BLACK HISTORY MONTH, WHO WILL STAND UP FOR THESE LIVES?

The organizers insisted on following through with the march, and Kennedy had to endorse the march in an effort to maintain peace and organization. He tasked his brother, Robert, to collaborate with the civil rights leaders to ensure security.

Kennedy and the organizers agreed to stress the peaceful element of the protest. 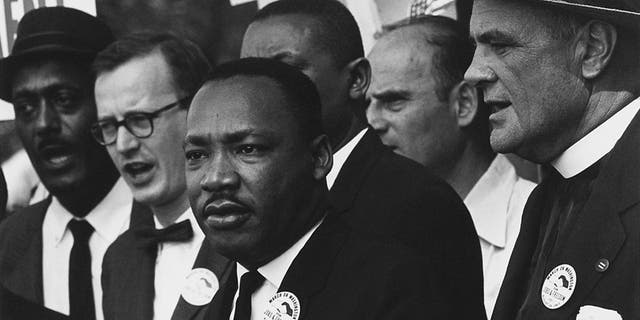 Malcolm X famously dismissed the march, nicknaming it the “farce on Washington,” according to the Washington Post.

Bayard Rustin, who served as Randolph’s aide and helped with much of the organization, worried that the march could turn violent and undermine the movement’s international image.

“We were bombed because we were winning, not because we were losing,” Rustin wrote after the event in the magazine Liberation. “But our biggest mistake was to have carried out such a power March, with a quarter of a million people in the streets, and not to have understood that the counter-revolutionaries would strike back in some such demented way.”

The leaders also could not agree on a singular purpose for the march: Some groups, including the NAACP, saw the march as a chance to endorse Kennedy’s new civil rights bill; King and Randolph believed the march would help raise civil rights issues to national attention.

The group eventually decided on a series of goals to focus the march, including the call for meaningful civil rights legislation, an immediate end to school segregation, a federal law against discrimination in the workplace and a raft of employment concerns. 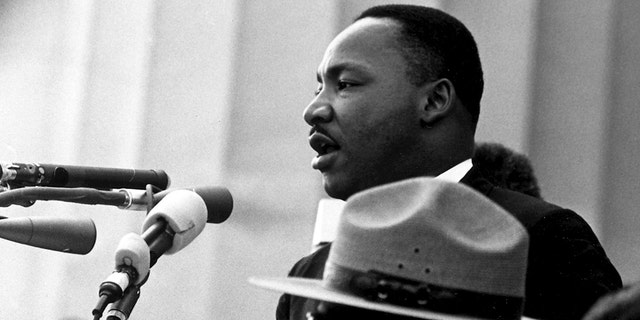 The various leaders had agreed on an order for each of them to speak, with King taking the final spot. King’s speech called for an end to racism, citing previous great American speeches on freedom, such as the Declaration of Independence and the Emancipation Proclamation.

Near the end of the speech, Mahalia Jackson – a gospel singer – shouted from the crowd, “Tell them about the dream, Martin!”

ROSA PARKS: WHAT TO KNOW ABOUT THE ‘MOTHER OF THE CIVIL RIGHTS MOVEMENT’

King then improvised a speech that built on previous speeches he gave about his “dream,” in which he outlined his vision for America: He saw a country where all would stand equal with each other, judged not “by the color of their skin, but by the content of their character.”

The speech is considered the greatest moment of the march. Many people have touted it as a masterpiece of rhetoric, for which it has been immortalized in the National Recording Registry.

“I would advise [everyone] read the whole thing,” said Joanne Gavin, an activist present at the march. “There was a lot of optimism, and the feeling that we were going forward rapidly from here, but there was a lot of work to be done.”

The National Park Service also added an inscription of the speech on the spot where King stood when he delivered it.