Maine state beaches and coastal parks will adopt a flag system used in Massachusetts to warn residents of the presence of sharks.

The flags, purple with a white shark in the middle, had previously been used on the shores of tourist hotspot Cape Cod.

The area has seen an increase of Atlantic great white sharks in recent years as New England seal populations have continued to rise.

In addition, the move comes on the heels of Maine’s first documented fatal shark attack in July of 2020. 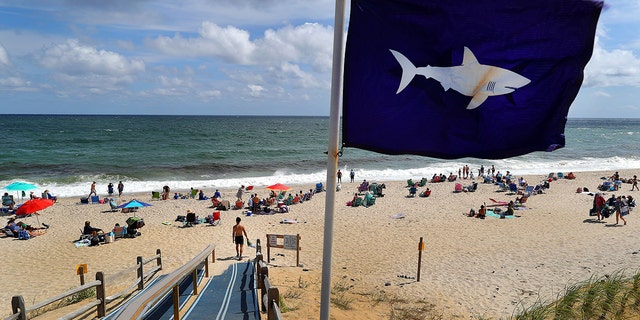 A flag warning Cape Cod visitors of sharks blows in the wind at an entrance point to Nauset Beach in Orleans, Mass., on Aug. 31, 2018.
(John Tlumacki/Boston Globe via Getty Images)

A 63-year-old New York City woman was killed after she was bit by a great white shark while swimming in a wetsuit about 20 yards off the shore in Harpswell.

The state park regional manager at the Department of Agriculture, Conservation and Forestry, Gary Best, told the Times Record that the “horrible tragedy” had “raised everyone’s awareness.”

The decision also comes after a 2018 attack at Massachusetts’ Newcomb Hollow Beach that took the life of a 26-year-old man. 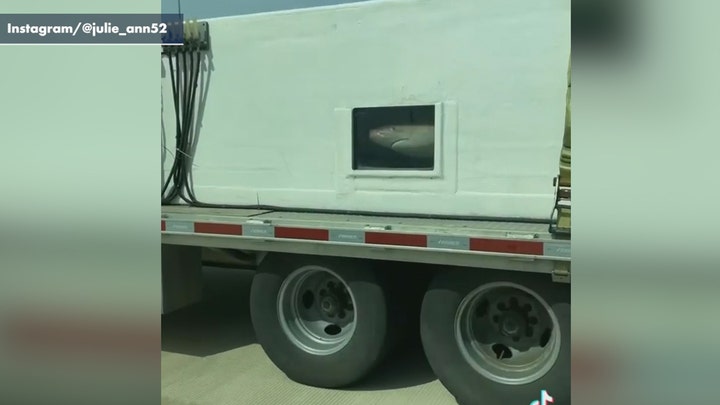 The killing marked the first fatal shark attack in Massachusetts since 1936.

Notably, scientists warn that white sharks patrol the shoreline for seals at all times of the day.

Maine is home to eight different species of sharks, including white sharks, according to WGME.