Luxury £250,000 Ferrari supercar flips over onto its roof in Peak District crash on wet A-road

A supercar Ferrari worth £250,000 was flipped onto its roof after a freak crash in the Peak District.

The luxury motor flipped after a smash on the A628 Woodhead Pass between Greater Manchester and South Yorkshire on Sunday.

Derbyshire Police said it was one of a number of crashes on the winding rural route with heavy rain having swept across the region. 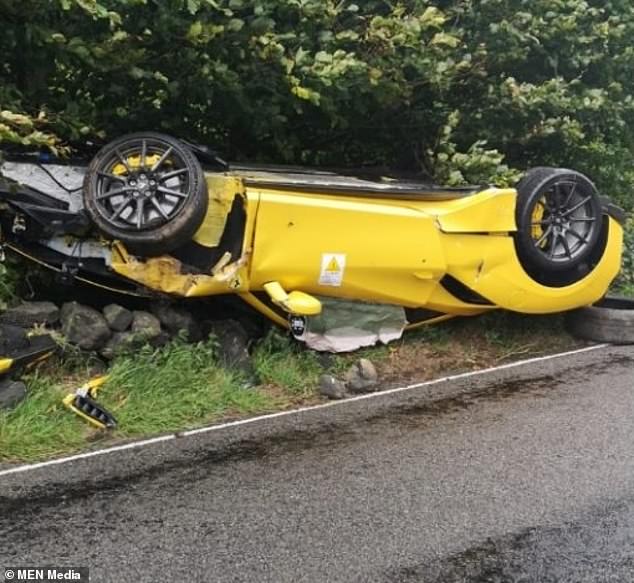 Pictures showed the car on its roof and badly damaged before being taken away on the back of a recovery truck.

It is believed the yellow car is a 488 Pista model, which normally changes hands for around £250,000.

It is not known if any other cars were involved or if there were any injuries. 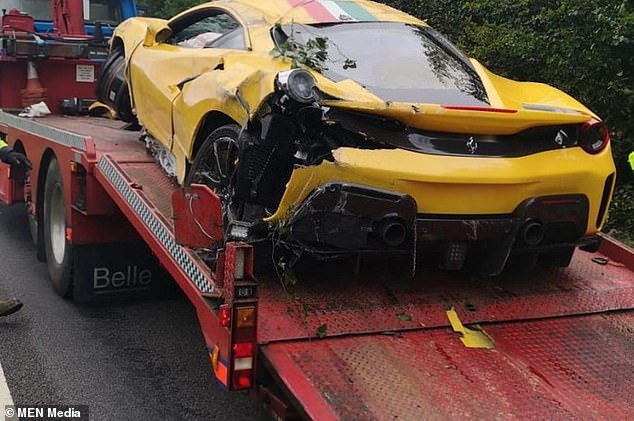 The car, which costs up to £250,000, was wrecked in the freak accident on Sunday

Motorists had been warned to ensure they drove to the conditions with further bouts of heavy rain leaving standing water and roads wet in places.

The model of Ferrari is popular with a number of celebrities who have snapped up the cars.

Jamiroquai singer Jay Kay has a purple coloured version of the machine, while model Blac Chyna has one with white bodywork. 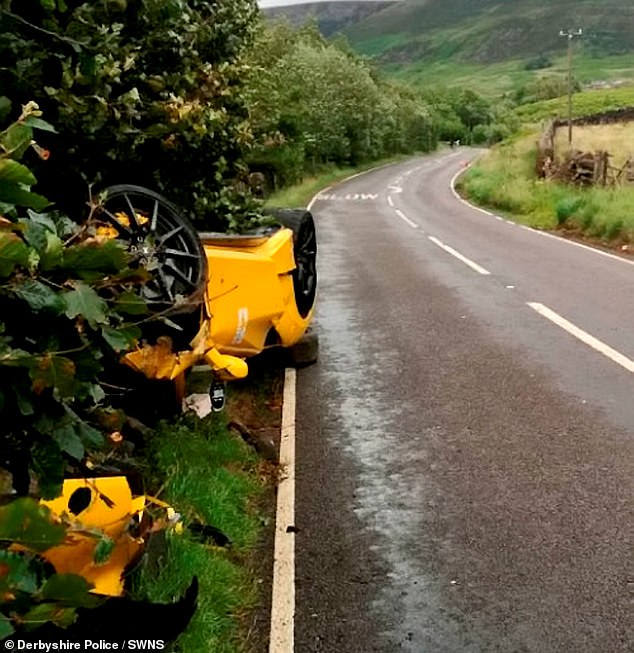 Chris Harris wrote in Top Gear magazine: ‘The Pista is a stunning achievement. In a marketplace that seems to be increasingly obsessed with track-focused machines, it exists as a very fast track toy that can be used perhaps even more effectively as a road car.

‘The lucky few allowed to buy one will not be disappointed.’