The tropical paradise of… PORTSMOUTH: Murky seas around Britain are transformed into crystal-clear Caribbean-style waters thanks to lower pollution and traffic levels during coronavirus lockdown

Stunning aerial pictures show how the often murky waters of Britain’s coastline have been transformed during lockdown.

Incredible photographs captured by drone in Portsmouth show the sea now looking almost tropical, which may be due to a reduction in pollution.

The coronavirus pandemic has stopped leisure traffic on the Solent – making the water and everything that lies beneath it stiller and less disturbed.

Mike Woods, who took the pictures and owns family-run drone business, Solent Sky, said: ‘There has been a lot of talk about the colour of the water in the area recently and I think the perception is, nature is thriving.’ 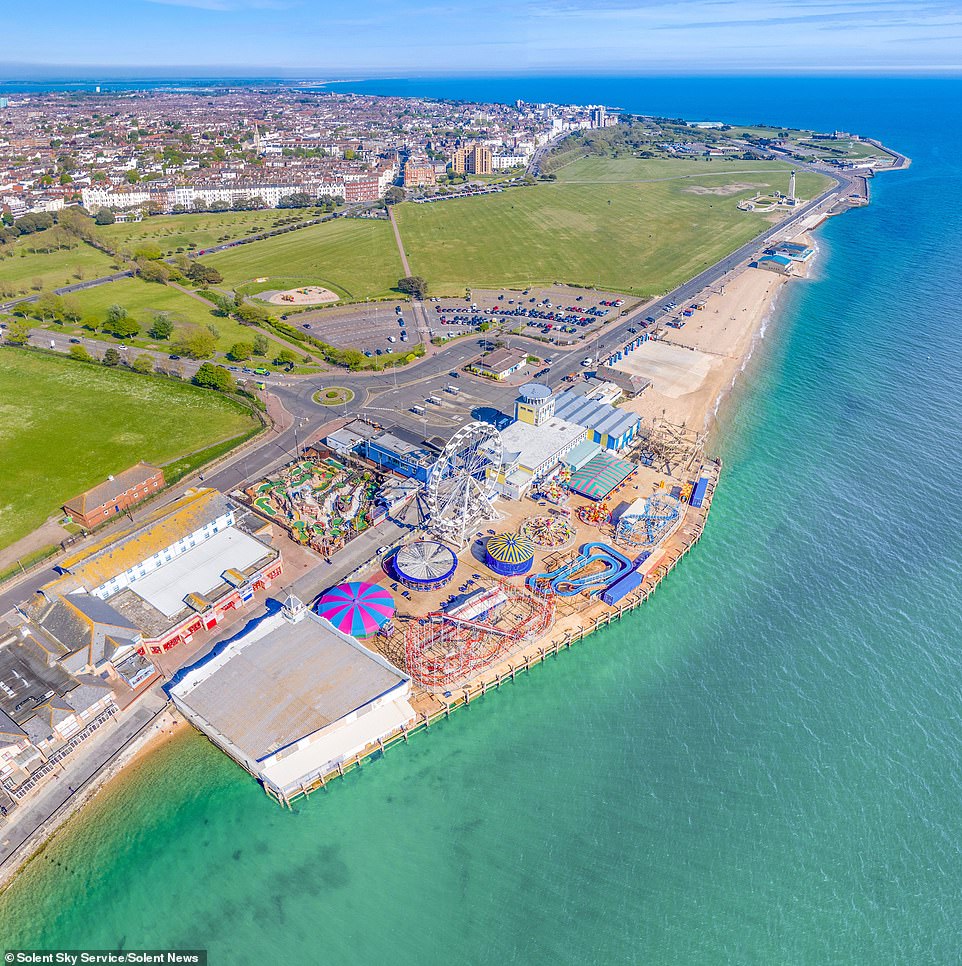 A drone in Portsmouth has captured the sea, which is often murky and unclear changing to a lighter, clearer colour during the coronavirus lockdown 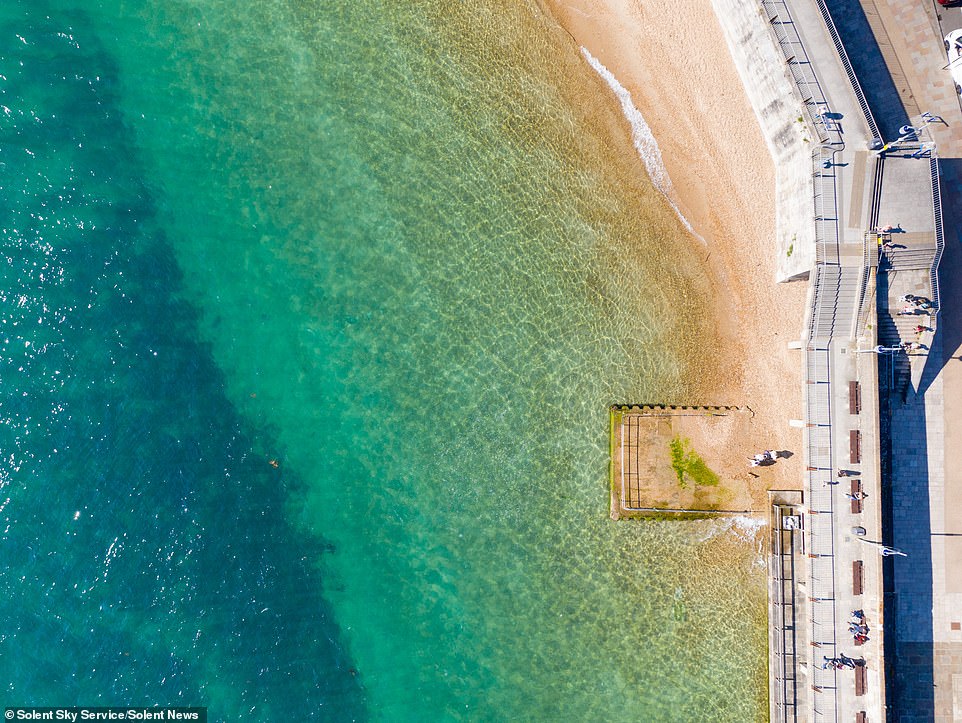 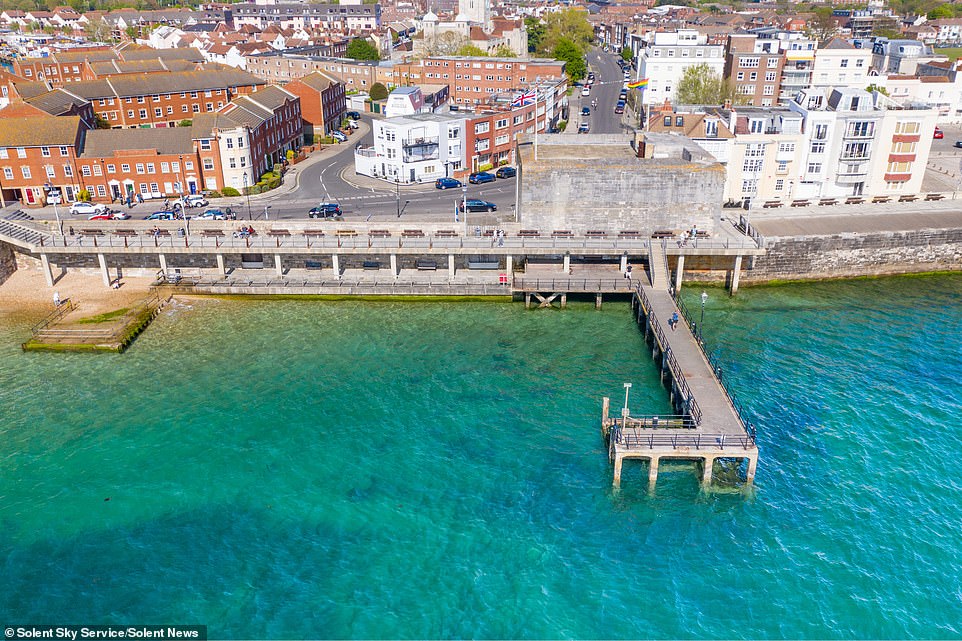 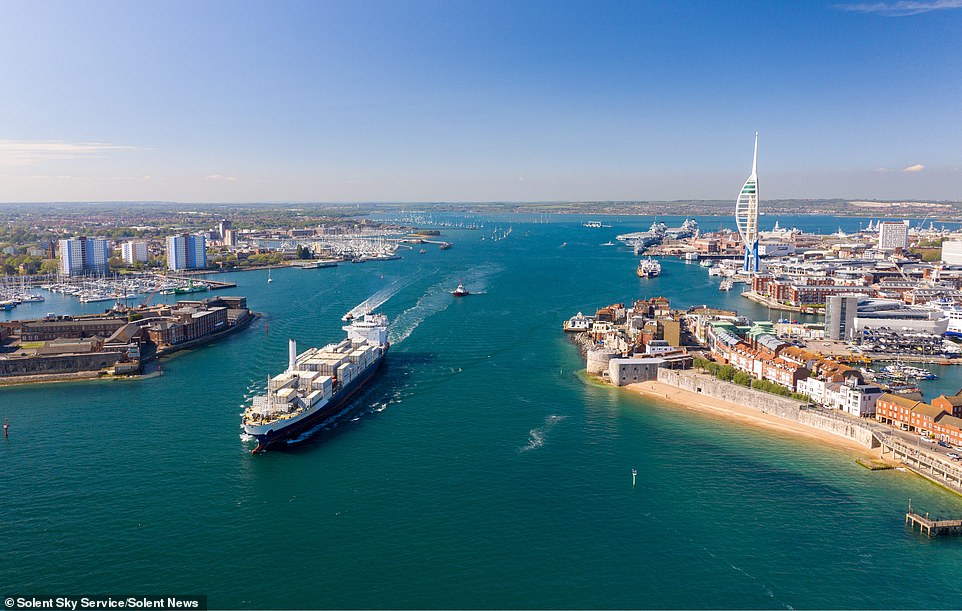 The colour of the sea is influenced by many things chief among them the scattering of red and blue light from the sun.

The ocean absorbs most of the red light leaving the blue light to colour it which gets darker and murkier if there are particles in the water.

So when there is more pollution and dust being produced by driving and other human activity it can make the colour of the sea darker and more unclear. 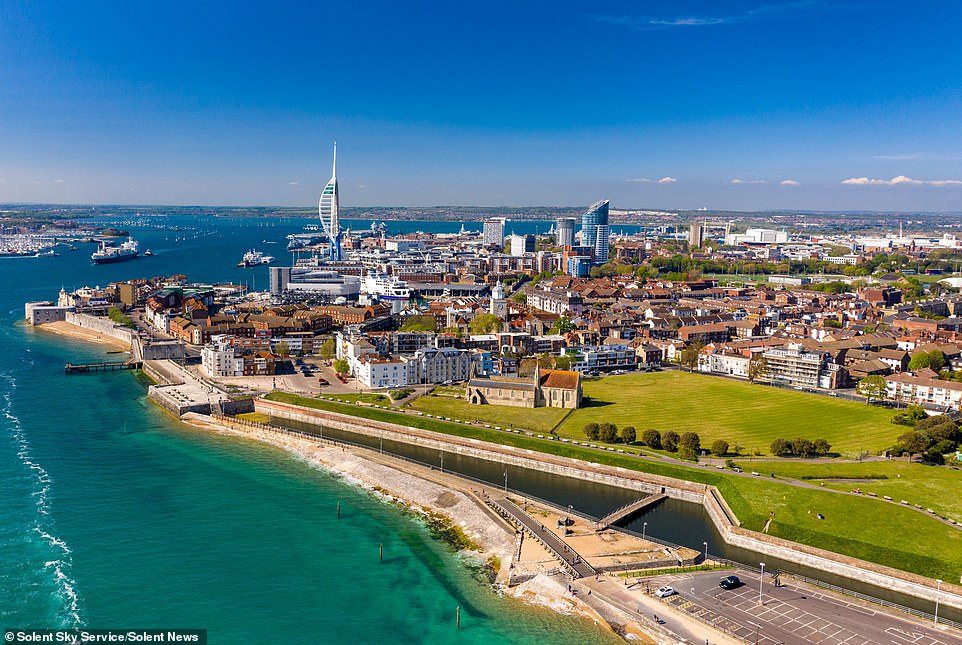 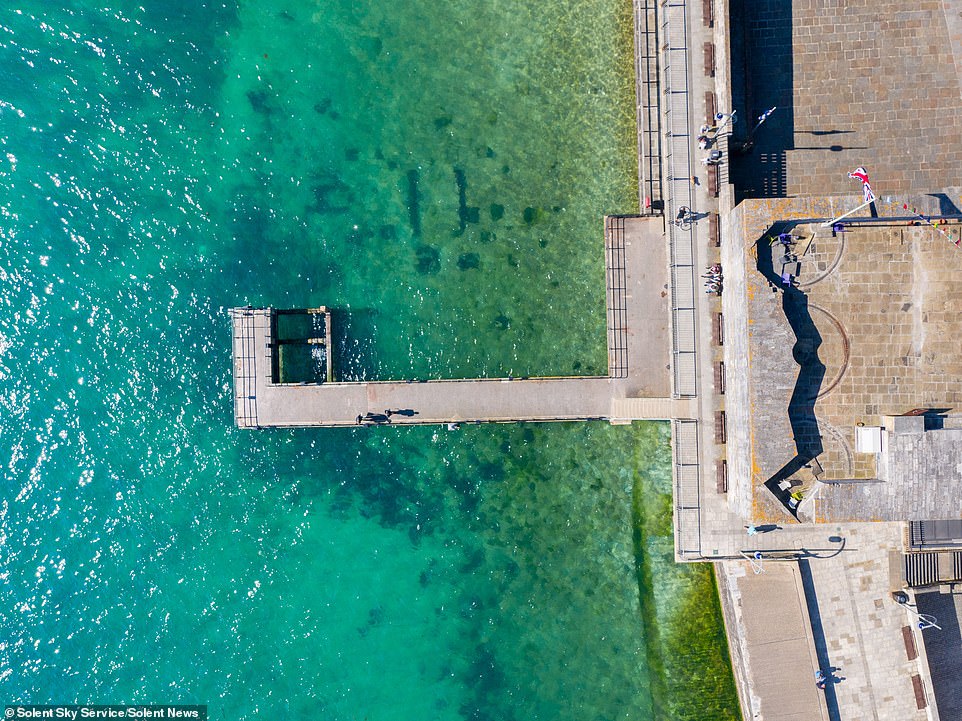 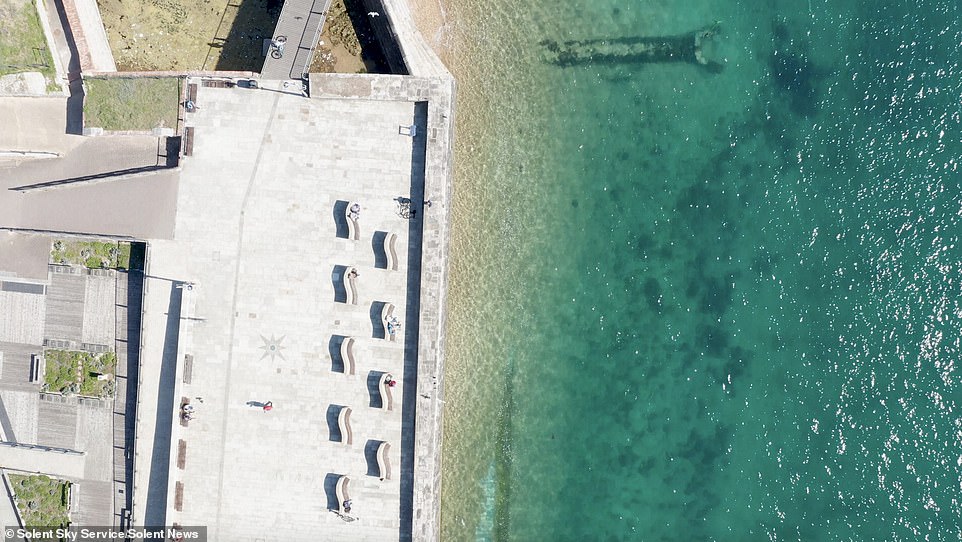 The Solent has had less boats on it, less cars near it and all together less to do with humans which has left it clearer and tropical-looking