A LOADED shotgun, a rifle and CS gas were among the terrifying arsenal of weapons seized by armed cops in a raid on a traveller site.

Hundreds of elite officers swooped in during the early hours and arrested seven people from the camp in Orpington, South East London. 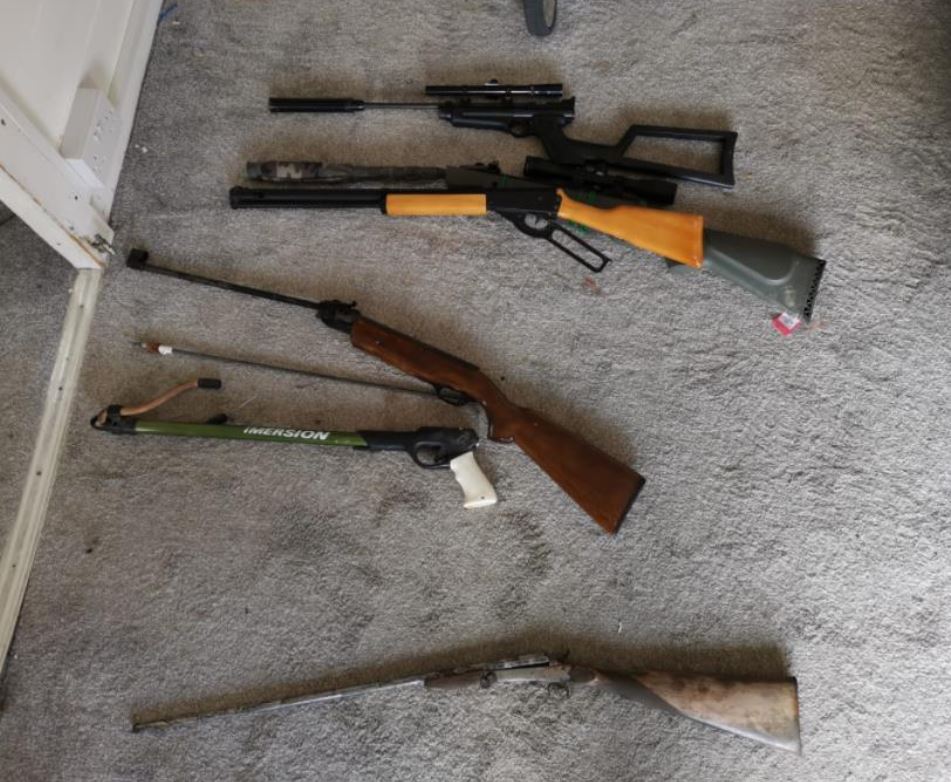 After a 24-hour search a machete, a musket, seventeen air weapons and bounds of ammunition, some of which was homemade, was also found at the camp.

Officers discovered a string of stolen caravans, quad bikes,  £112,000 in cash and a stash of Class A drugs.

While two people from the site are being supported by the Metropolitan Police's Modern Slavery Team.

A total of 17 dogs have been seized, some of which were also stolen.

One man, 27 was arrested for drugs and gun offences while three men, aged 22, 56, 26 and 19, were arrested for handling stolen goods, possession of criminal property and prohibited ammunition.

Another 30-year-old man was arrested over burglary and charged with possession of an air weapon.

While a man, 59, arrested on suspicion of handling stolen goods.

Commander Kyle Gordon, the Gold Commander for the operation, said: “We have already found a number of weapons and other items of interest following this significant operation, and our searches at the site will continue.

“A firearm seized by police represents a weapon that is not in the hands of someone who might use it to harm others, and commit crime.

“Every officer across the Met – from local neighbourhoods teams all the way up to our specialist crime investigators – is focused on bringing those responsible for violence on the streets of London to justice, to keep our communities safe."

Last week's raid comes amid a spike in gun crime in the capital following the easing of lockdown.

Fatal incidents involving guns have doubled in the weeks since the shutdown lifted.

It's reported that police made their move after learning that people connected with the site were involved in supplying guns to criminal gangs.

Images from the scene show scores of officers marching through the camp and surrounding mobile homes in the minutes before the raid began.

Flash-bangs were used to disorient travellers at the site before police battered down doors of static caravans.

Elite officers from counter-terrorism units in the capital were among those involved in the raid.

A local resident told The Sun: “It was really frightening. But we’re used to it round here, it happens all the time.

“I was woken up by the helicopters and the drones and now I’ve been told the police are going to be here for the next three days.

“We shouldn’t have to put up with it. It’s horrible living round here.” 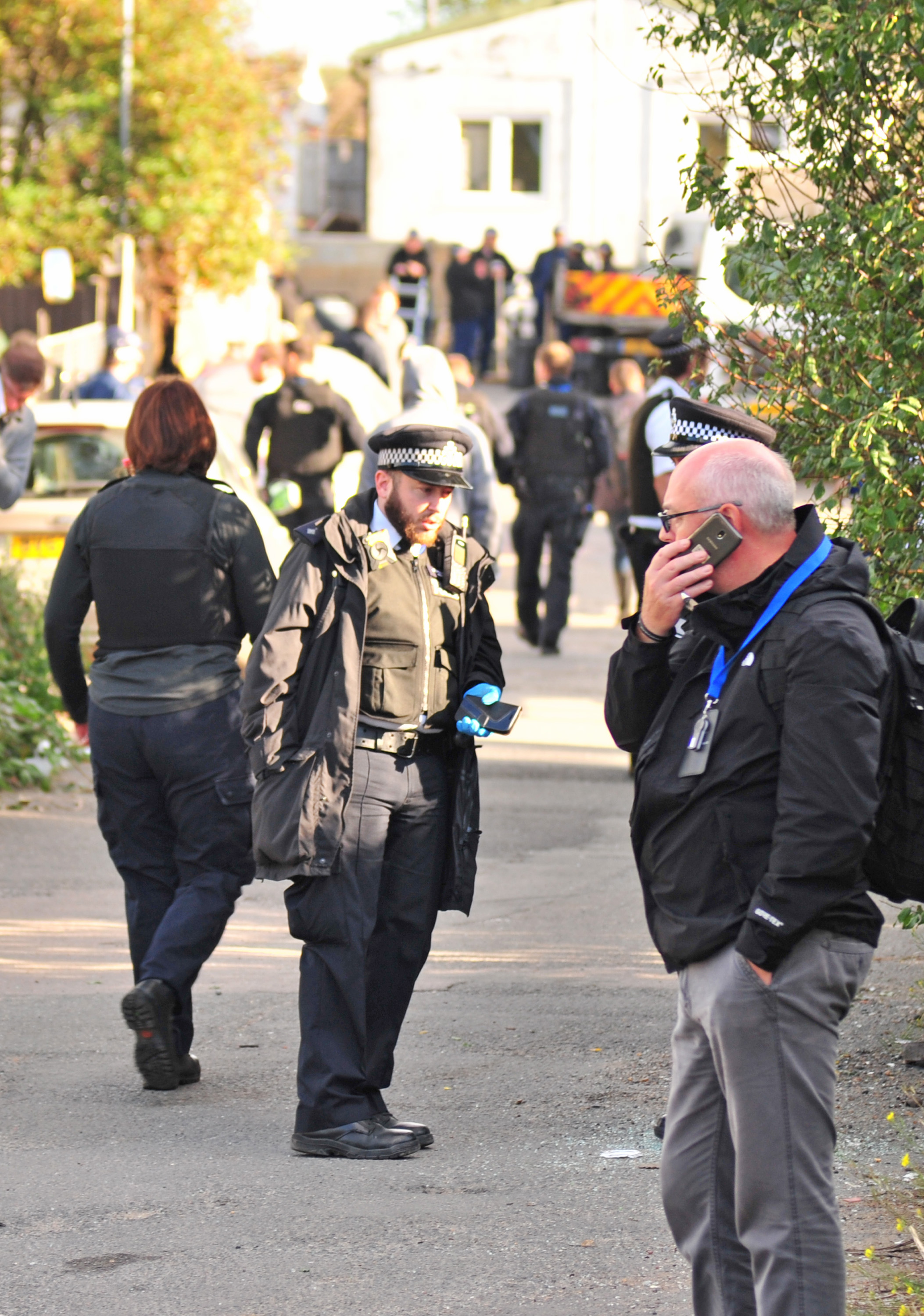 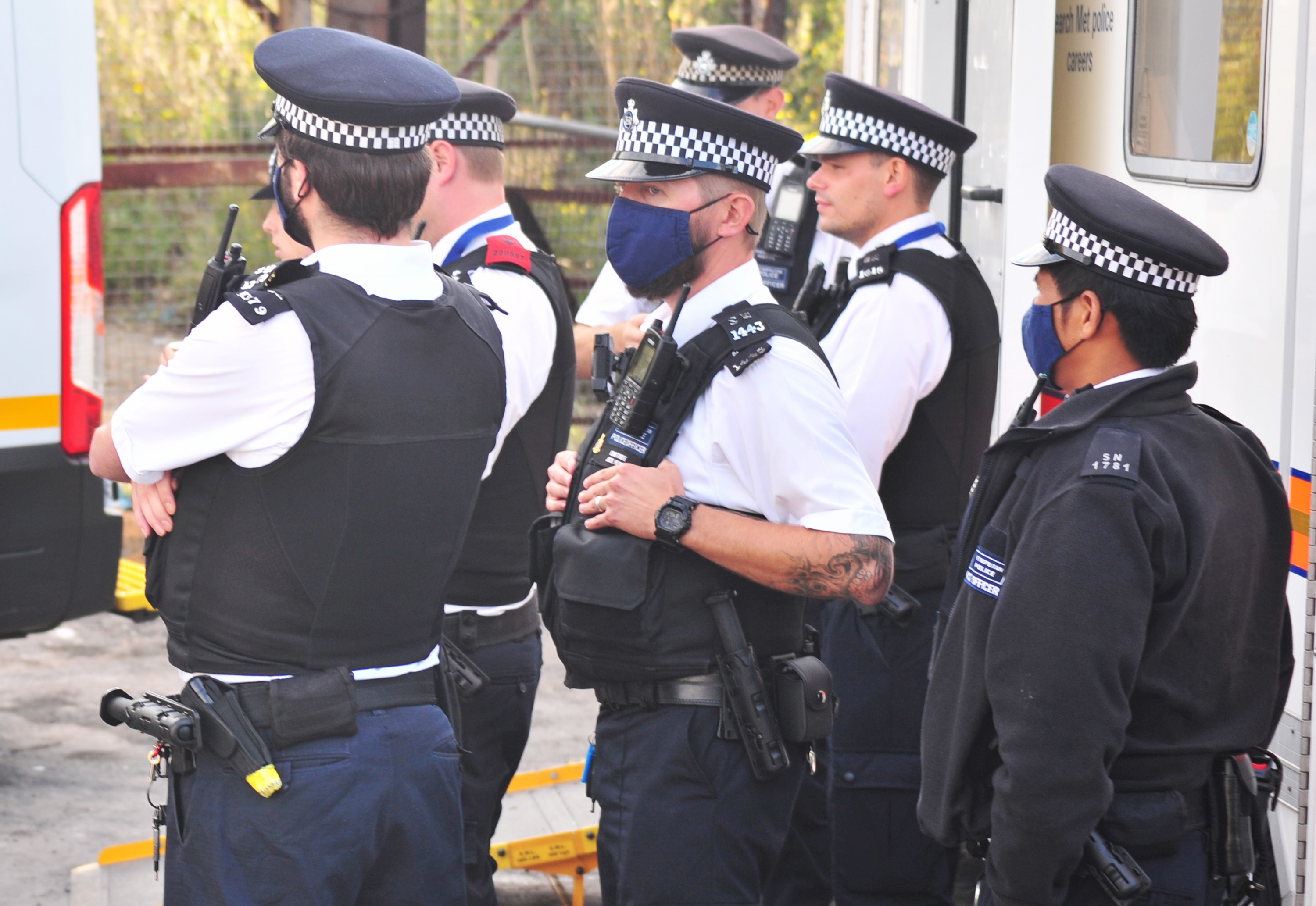 Aerial shots from a police helicopter and drone involved in surveillance screened this morning show police moving across the site and standing beside caravans.

Another resident revealed: “I heard the bangs out there and saw the flashes.

“It was about three o’clock this morning and nine police vehicles were outside our house.

“Me and my wife thought it was fireworks but then we saw the flashes and thought it must be guns.

“Then about three helicopters were flying about. There is a lot going on like this round here at the moment."

A woman who lives nearby said she suddenly woke up in the night to the sound of the raid beginning.

She said: "I thought they were gunshots, and a helicopter and sirens.

"I have been for a walk in the field and saw police officers wearing riot helmets and other police wearing blue uniforms with a springer spaniel."

Officials from the Met Police this morning said "hundreds of officers in more than 30 vehicles" carried out "search warrants" from 2.45am.

It's expected that officers will remain at the site for at least two days.,

And Superintendent Andy Brittain, from the South Area BCU, added: "We've been listening to the concerns of the local community and I hope that today's activity shows how seriously we take your concerns and that we do act upon them.

"This is a prime example of why we rely on intelligence and information so much from our communities. It helps us keep your streets safe.

One of the country's biggest-ever seizure of guns happened in Kent in 2015.

It came after 22 Czech-made assault rifles and Skorpion machine pistols were smuggled into Britain on board a motor cruiser from France.

Officers found the guns alongside silencers and 1,000 live rounds of ammunition. 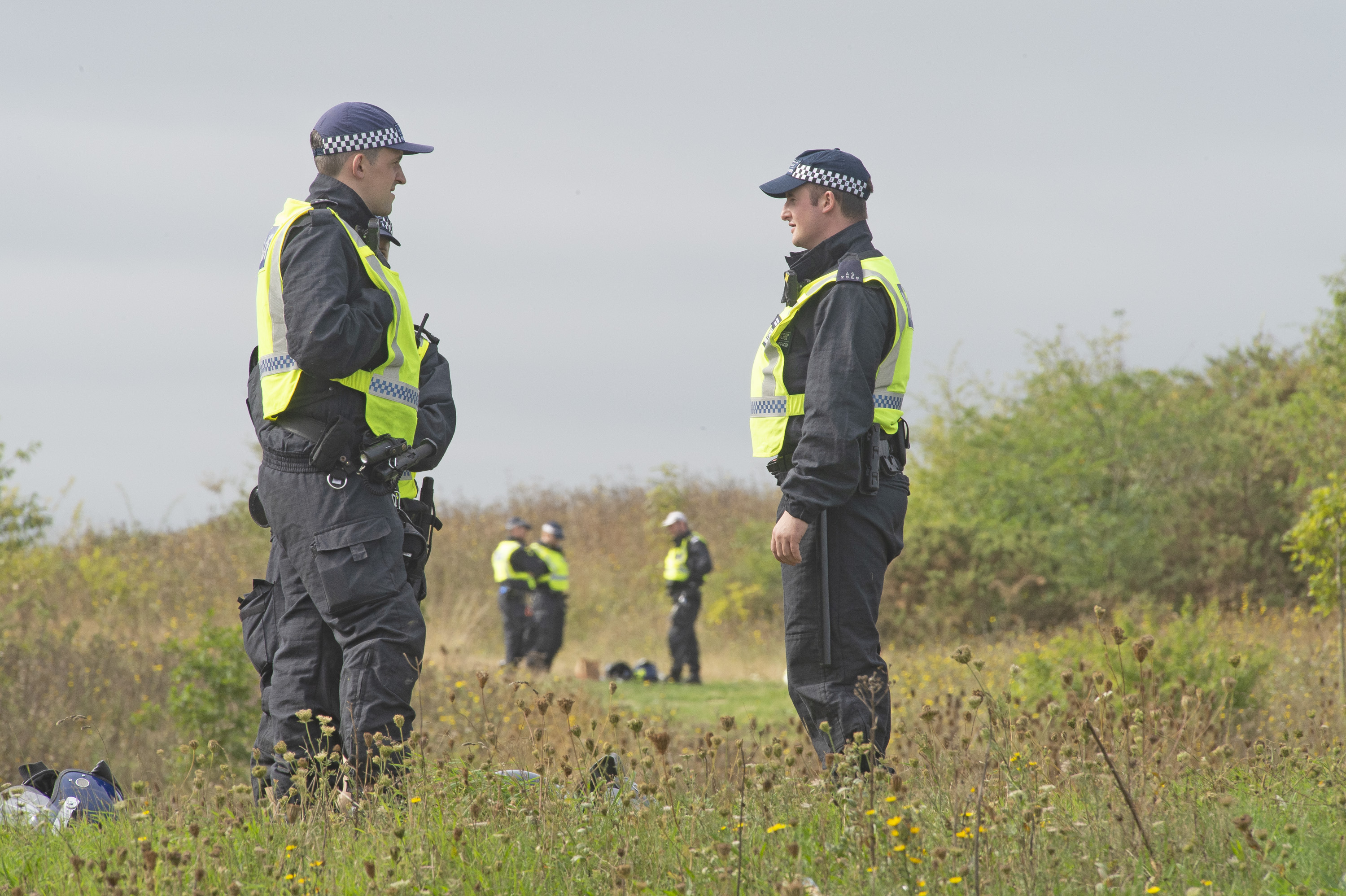