Families’ staycation plans are in chaos over a lack of safety advice that could sabotage the reopening of holiday sites.

Caravan, camping and holiday parks were planning to reopen in the first week of July amid a surge in demand.

But owners are furious they have been given no safety advice and warned it will hit families’ plans to enjoy a break in Britain when the lockdown finally lifts. 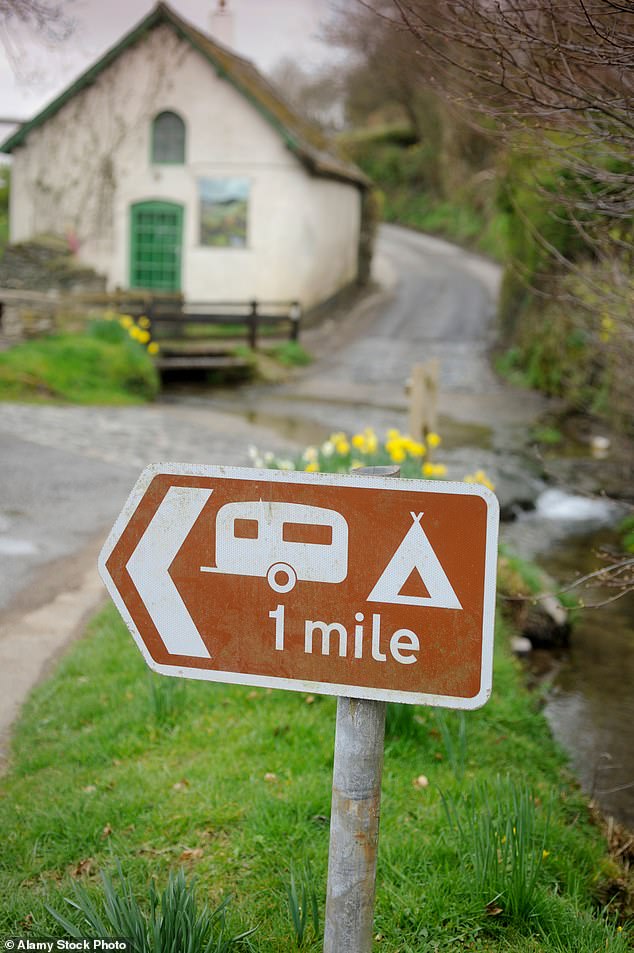 Caravan, camping and holiday parks were planning to reopen in the first week of July amid a surge in demand. Pictured: A sign for ‘camping 1 mile’ in the village of Winsford on Exmoor

Center Parcs has been forced to push plans for reopening back to mid July at the earliest amid the uncertainty and others are likely to follow suit.

A growing number of campsites have had to pause or cancel all tent bookings because operators are in the dark about what safeguards will be required.

Former Tory leader Iain Duncan Smith called for the Government to set out its plans this week or risk a ruined summer. He said: ‘If campsites and caravan parks are not sure of the way ahead because of unclear guidance, then the Government has got to make a move on that. Not in three weeks’ time: They have got to get this advice clear this week.’

Priti Patel is ‘presiding over an economic disaster’ and should resign if the quarantine policy proves unlawful, hundreds of travel and hospitality bosses will say today.

More than 400 industry leaders have written to the Home Secretary to say they have ‘lost confidence’ in her abilities following her decision to push through the 14-day quarantine rule for all arriving passengers.

Signatories include hotelier Sir Rocco Forte, the heads of The Savoy, Ritz and Dorchester hotels, and the bosses of TGI Fridays, Club Med and Mark Warner holidays.

Their letter, which was sent yesterday afternoon, says: ‘With the greatest respect Home Secretary, you are presiding over an economic disaster that will soon be on an epic scale.

‘Under your leadership, the Home Office has made no effort to engage with the many business owners who could have assisted your team to understand the real consequences.’ It adds: ‘Many in the leadership of the travel and hospitality sector have lost confidence in you. I’m sure you’ll agree that the honourable thing to do, if the quarantine measures are found to be unlawful, will be to resign.’

The quarantine policy was branded a ‘national embarrassment’ last week as BA, EasyJet and Ryanair launched legal action, accusing the Government of failing to consult the industry over the ‘discriminatory’ plans.

The measures, which were not approved by the Government’s SAGE committee of scientists, are costing the economy an estimated £650million a week.

A Home Office spokesman said: ‘We are supporting tourism businesses through one of the most generous economic packages in the world and continue to look at options to increase international travel when it is safe to do so.’

Martin Smith, of Campsites.co.uk, said: ‘Campsite owners don’t know if shower facilities are safe to open and what provisions they must put in place to protect their customers.

‘They need clear and definitive Government advice to open safely this summer.

‘Early warning of any restrictions and policies will really be essential. That’s really the key to whether the staycation boom actually happens or not.’ The advice is expected to mean many facilities such as playgrounds and children’s clubs will be closed while bars and restaurants may only operate as takeaways.

Most importantly, camping and caravan sites are worried they won’t be able to open showers and toilets.

The official tourism body Visit Britain is drawing up a guide for businesses on measures needed to offer safe holidays. There are hopes it will be published next week.

Malcolm Bell, head of Visit Cornwall, said they had seen a clear demand for summer holidays but warned there would be distinct differences from previous years.

‘Beach capacity will be up to individuals I’m afraid, if you turn up and you can’t keep two metres away it’s your responsibility not to do it. You’ll have to think carefully, plan well, book ahead.

‘Demand has been slightly lower for this summer. But we know there is a lot of pent up demand that will probably switch on as soon as they are told they are allowed.’

The British Holiday & Home Parks Association, which has 2,000 members, has warned of ‘staycation rationing’ because demand will outstrip supply. Spokesman Jon Boston said: ‘Parks and camping are the best safest option in the UK, but there is limited capacity.

‘They can’t magic up extra capacity… although some may ask local councils if they can stay open beyond the normal closure dates in October.’ 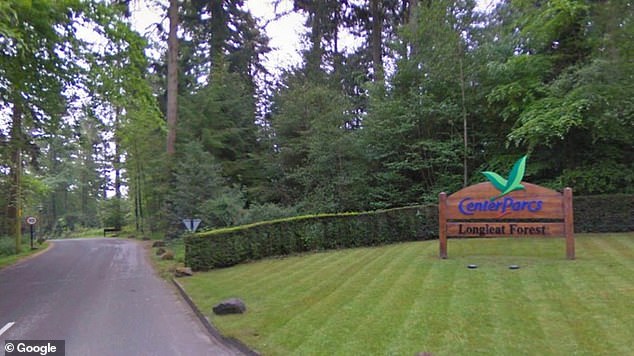 Across Europe, most Center Parcs destinations have re-opened, with even pools accessible – albeit with social distancing restrictions. Pictured: Center Parcs at Longleat Forest

Across Europe, most Center Parcs destinations have re-opened, with even pools accessible – albeit with social distancing restrictions.

But the firm has had to delay reopening in Britain, Center Parcs, said: ‘Our team is looking at every single activity we currently offer and we will need to find some new and creative ways to run some of them and unfortunately, there may be some that we just can’t operate in the first few weeks or so.’

Labour business spokesman Lucy Powell said: ‘It’s vital that ministers turn their attention to the hospitality sector, providing clarity and guidance so that businesses can plan to reopen in the coming weeks.’