‘Don’t use this station in rush-hour!’ Tube bosses tell commuters NOT to use service at peak times as Government mobility chart reveals spike in online searches for walking and driving directions

Commuters are being told not to travel through stations during peak hours as Tube lines are once again full this morning as data from Apple reveals more and more people are searching for alternative walking and cycling routes.

Signage at Canary Wharf warns passengers, who will have already arrived at the station, to avoid using the station between 5.45am to 8.15am and and 4pm to 5.30pm.

Last week Sadiq Khan pledged to bring public transport services up to 75 per cent of pre-lockdown levels, as people return to work after nearly two months of either being furloughed or working from home. 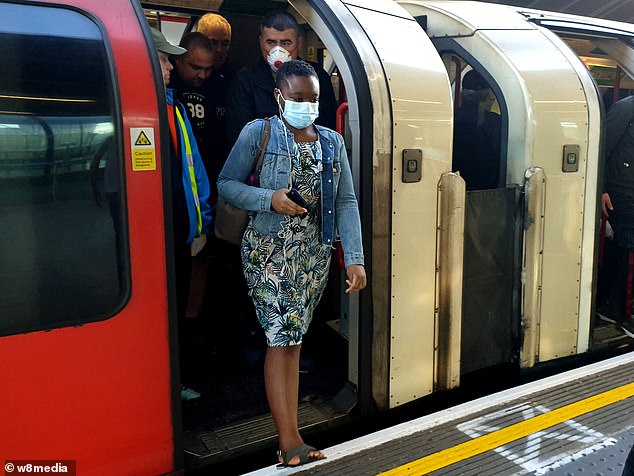 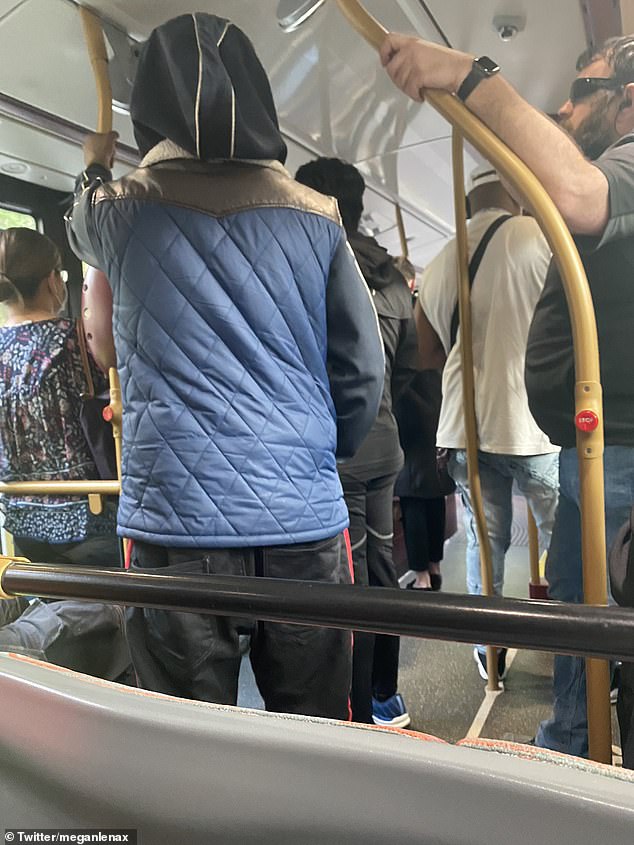 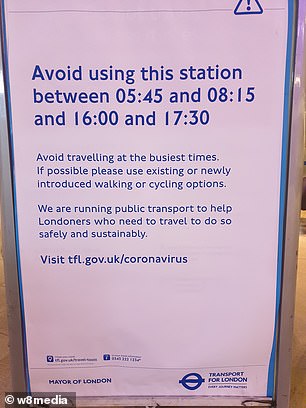 Monday’s rush hour was the busiest of the lockdown with Tube ridership between 5.30am and 10am up 18.5 per cent – compared to last Monday – with around 15,000 extra people using the underground this morning.

Tube’s remain packed this morning, as tens of thousands of Brits return to work.

It comes as Apple data used in Government press conference slides has revealed a sharp increase in requests for walking and driving routes in the UK compared with early May.

The latest figures show requests for walking directions just 38 per cent beneath the Apple baseline – calculated since January 13 – with driving just 40 per cent below baseline.

Despite these figures being well below average for this year, they are a significant increase from figures for lockdown generally. 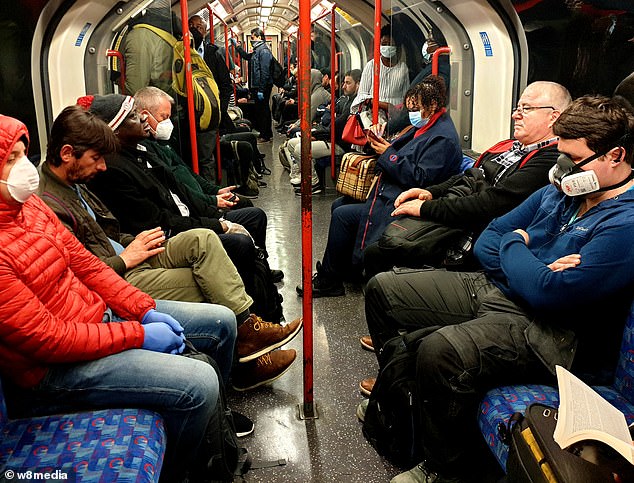 The Jubilee Line through Canary Wharf is busy this morning, with little room for passengers to obey social distancing rules 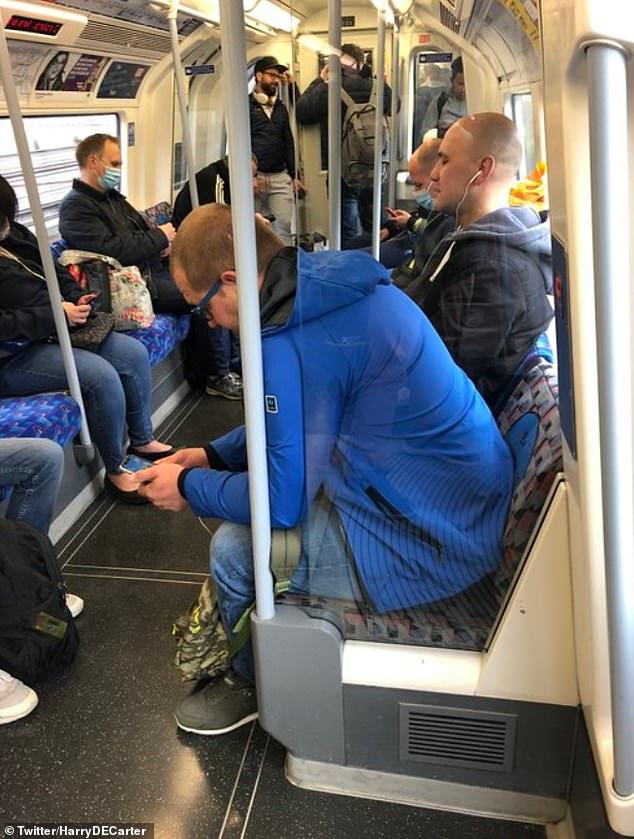 Transport for London, which is run by Mayor Khan, said today that Tube services would be back at 75%, DLR and London Overground at 80% and buses at 85% of pre-lockdown capacity as Boris Johnson encouraged as many people as possible to return to work.

But as Monday’s morning peak ended a senior Tube source told MailOnline: ‘That might be the aim but in reality, across the entire Tube network, it was about 50 per cent of service.’

At least 30 Tube train drivers refused to work on Health and Safety grounds saying not enough had been done to protect both them and passengers from the virus, the insider said.

It is not known how long they instead to stay away but they are not expected to return soon. There are around 3000 drivers on the London Underground, including those who work for the night Tube.

Transport for London insisted 75 per cent of Tube trains were running.