JOE Rogan has had a number of careers over the years but has become widely known for his popular podcast The Joe Rogan Experience.

Spotify acquired the exclusive rights to the talk show in 2020 for a reported $100million. 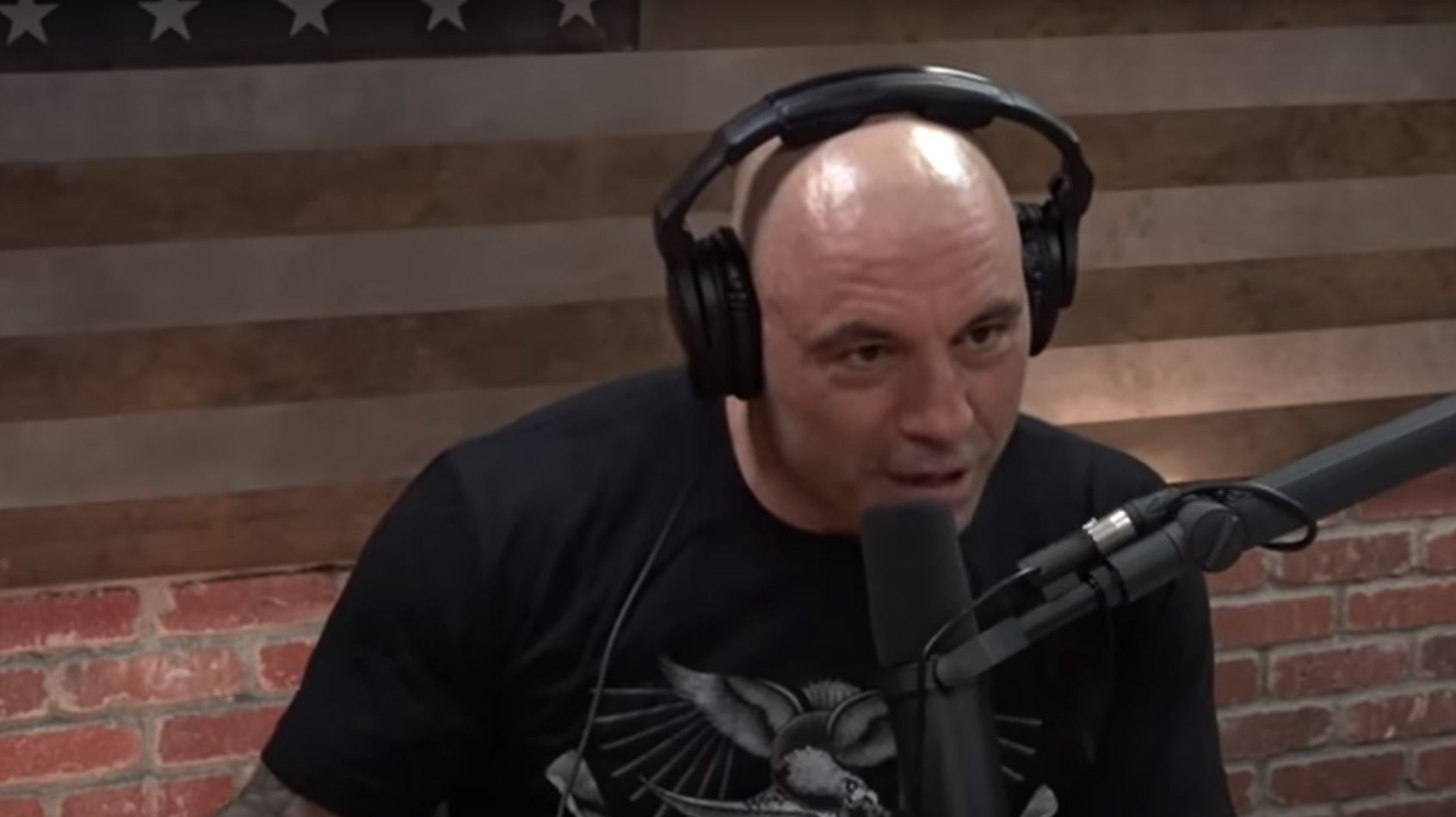 The show, which sees Joe Rogan discuss any number of issues with guests, has landed the host in hot water over the years.

We take a look at some of his most controversial issues. 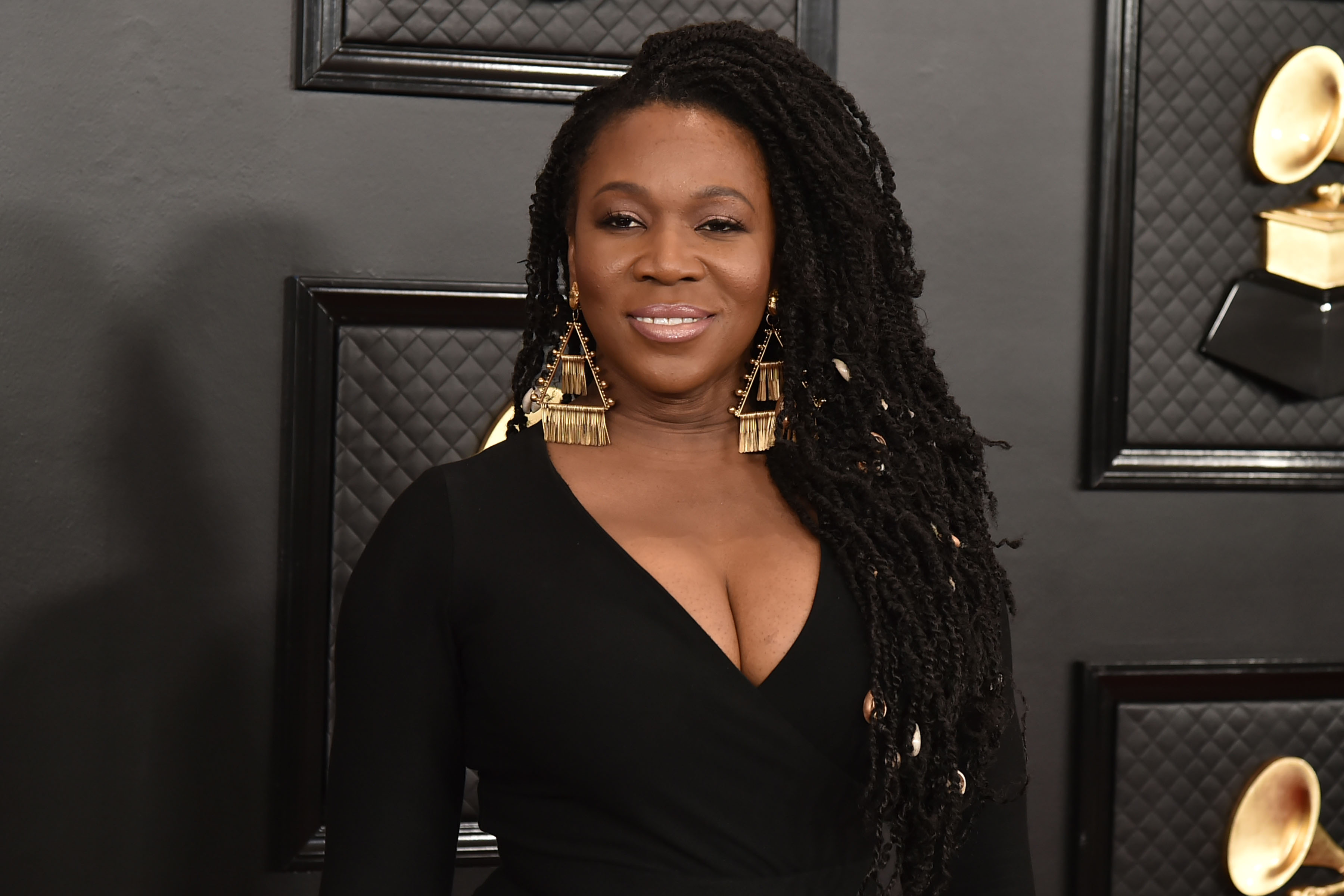 Rogan issued an apology after a compilation video appeared online showing him repeatedly using the n-word in early episodes of his show.

India Arie, a Grammy-winning artist who first posted the compilation video on her Instagram page, condemned Rogan's use of the slur and added she would remove her music from Spotify in protest.

"He shouldn't even be uttering the word. Don't even say it, under any context. Don't say it. That's where I stand. I have always stood there," Arie said.

In response, Rogan issued his “deepest” apologies and referred to his past use of the word as “shameful”.

However, he also claimed many of the clips had been "taken out of context of twelve years of conversations on my podcast".

Connected to his use of racial slurs, Rogan also came under fire for racist language while referring to a black neighborhood.

As part of the video footage showing Rogan’s use of racist language he is shown talking about going to see the film Planet of the Apes in Philadelphia with two friends.

As he recounts the story he says the cab driver dropped them off in a black neighborhood and Rogan can be heard saying: “We got out, and it was like we were in Africa, like we were in Planet of the Apes.”

In the wake of the backlash, Rogan apologized and said he had deleted the podcast episode, saying it was an idiotic thing to say.

He defended himself by claiming he wasn’t trying to be racist, just entertaining. 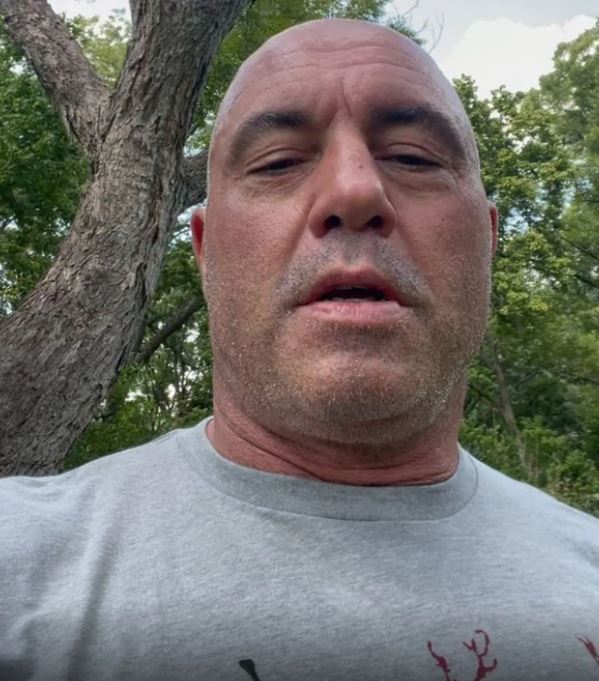 In April 2021, Rogan expressed his belief that young and healthy people should not get the Covid-19 vaccine with his comments coming under fire from the White House chief medical advisor Dr Anthony Fauci who accused him of making misleading statements about the vaccine.

In the wake of the criticism, Rogan backed down and called himself a “moron” and "not a respected source of information".

Rogan also found himself in hot water after he described what he was using to beat the coronavirus, having tested positive for it on September 1 last year.

In particular, it was his use of ivermectin to supposedly treat Covid, which drew the sternest criticism from health professionals.

Ivermectin is largely used to treat parasitic infestations and not endorsed by medical experts to treat Covid.

In January 2022, 270 medical and healthcare experts wrote an open letter to Spotify to express their concerns about "false and societally harmful assertions" on his show and called on Spotify to "establish a clear and public policy to moderate misinformation on its platform."

In particular, the medical experts highlighted an episode of Rogan’s show which featured Dr Robert Malone which they claimed featured "an unfounded theory that societal leaders have 'hypnotized' the public."

Veteran rock star Neil Young then wrote an open letter to Spotify requesting his music be removed from the site if they did not remove Rogan’s podcast from the site for spreading Covid misinformation.

In response, Spotify took down his music and since then other musicians such as Joni Mitchell, have requested the site also remove their music.

In response, Rogan said that he would try harder to maintain a neutral point of view in his podcasts, and said that he agreed with Spotify adding a disclaimer to the beginning of his videos. 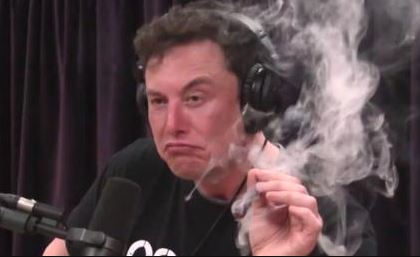 Rogan found himself amid another controversy in September 2018 when Tesla boss Elon Musk smoked a spliff on the show.

During the show, Rogan took out a spliff, a mixture of weed and tobacco, lit it and passed it to Musk.

"It's marijuana inside of tobacco," Rogan said. He then asked whether Musk had ever had it.

"Yeah, I think I tried one once," Musk said.

"I mean it's legal, right?" Musk said before taking a drag.

In California, where the interview took place, marijuana is legal for medical and recreational use. 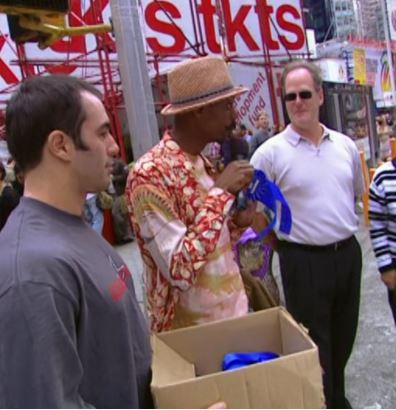 An episode of comedian Dave Chappelle’s show in February 2003 featured Rogan as the pair went out and about to look for “great New York boobs”.

Chappelle took a film crew out onto the streets of the Big Apple as he went out to award women with a rosette if he considered they had “great” breasts.

In one clip with Rogan, Chappelle, after approaching one woman, claims: “I’d drink from those C cups any day.” 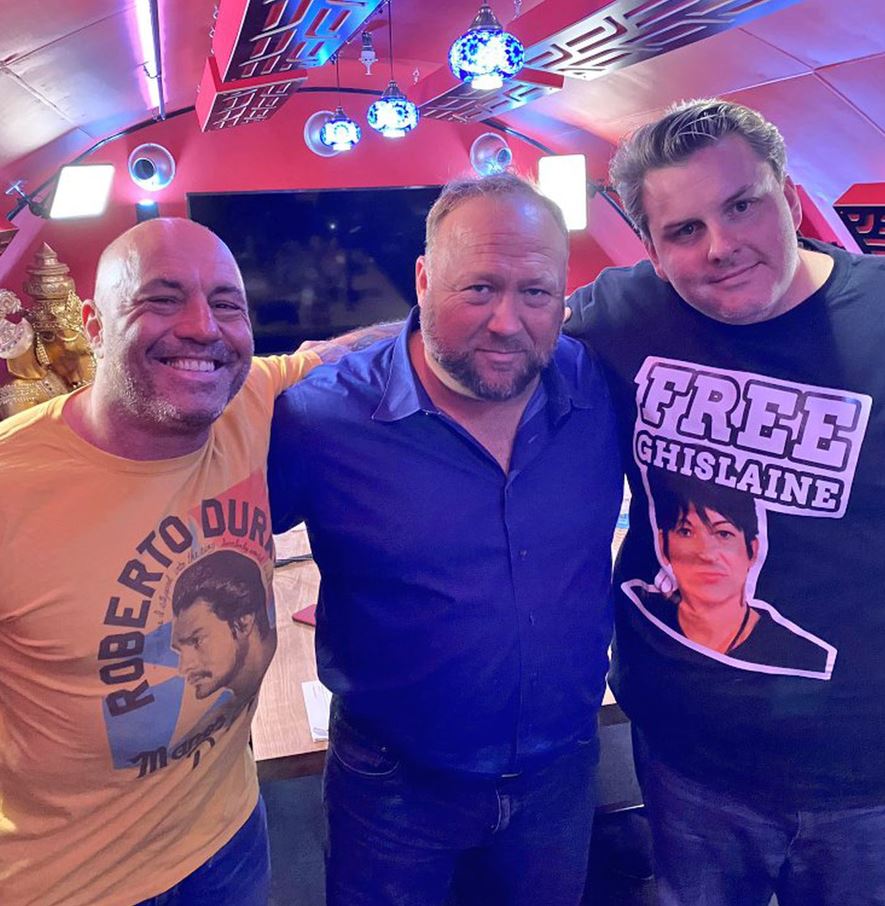 The appearance of conspiracy theorist Alex Jones sparked a backlash from Spotify’s own staff when he appeared on Rogan’s show in October 2020.

Over the course of a three-hour podcast, Jones discussed a range of topics, including how effective mask wearing was against Covid-19, and the risk of vaccines making people sick.

Campaigners and some of Spotify’s own staff expressed concerns about the appearance of Jones on the show.

"They are essentially profiting from the platforming of, and giving exposure to, the most outrageous and fringe views in the desperate search for ad dollars and subscription revenues," said Imran Ahmed, chief executive of the Center for Countering Digital Hate.

"That is a phenomenally cynical moral decision to take."

According to a Bloomberg report, Spotify staff had also taken to an internal channel on Slack to discuss the episode, sharing the internal forms for reporting content and escalating complaints.

Responding to the controversy in an Instagram post, Rogan wrote: "I knew people were going to criticise the content of the podcast without even listening and I was right."

He claimed he fact-checked "every single crazy thing he said" and that "all of them were verified". 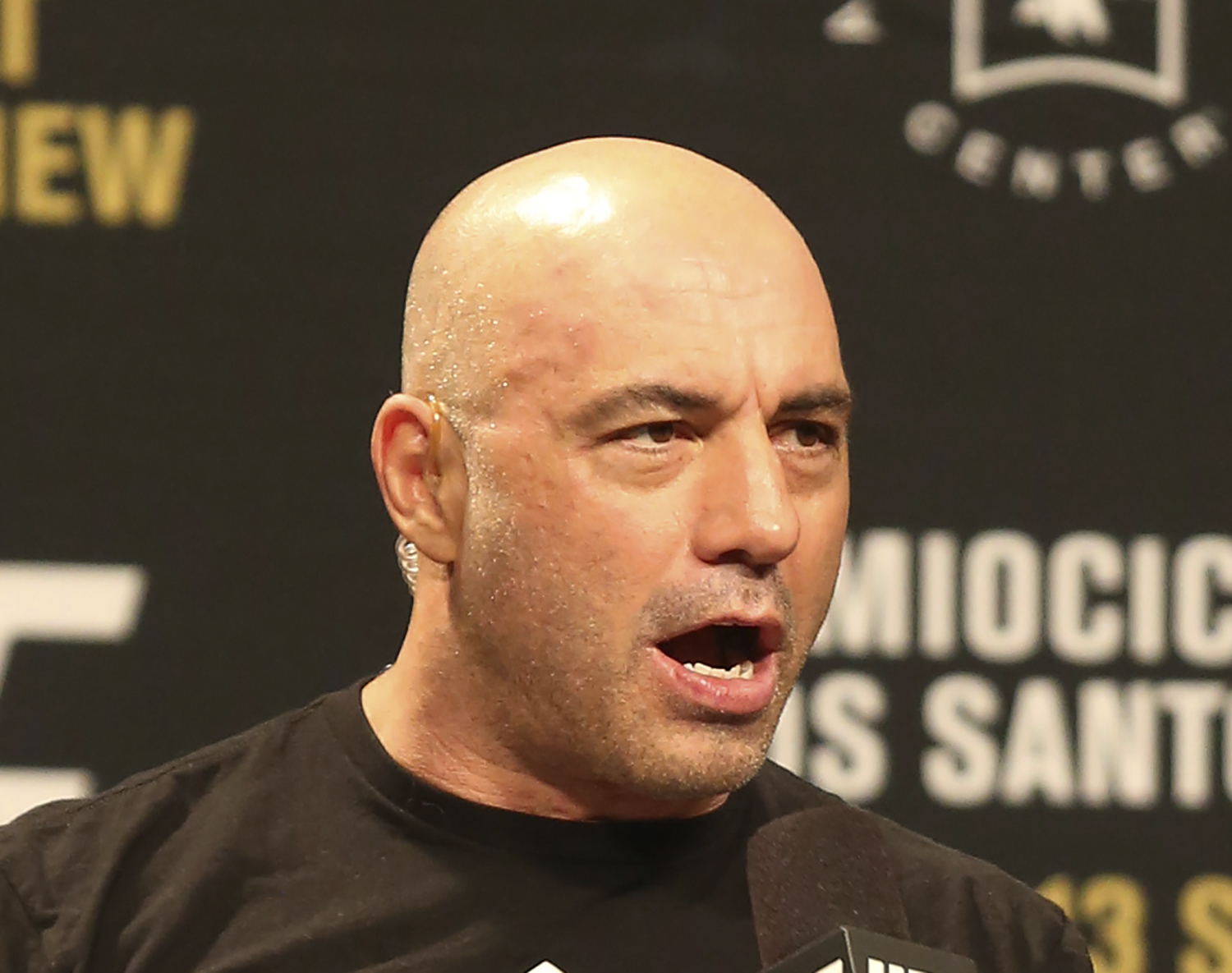 During an episode of his show which featured Brit author Douglas Murray, Rogan made the wild claim “left-wing” activists were deliberately starting wildfires on the West Coast in places like California, Washington and Oregon.

Rogan said: “These people want your head and they want blood, and they don’t seem to be willing to settle for anything less.”

The claims were quickly debunked by news outlets and the FBI and critics accused him of spreading fake news.

Rogan addressed the situation quickly by apologizing on Twitter and privatizing the JRE episode on YouTube. “I f**ked up on the podcast with Douglas Murray and said that people got arrested lighting fires in Portland. That turns out to not be true. I was very irresponsible not looking into it before I repeated it,” he wrote on the social media site.