AN Irishman has died after plunging from a Magaluf apartment block.

The victim, believed to be 34, fell to his death around 5am on Wednesday morning. 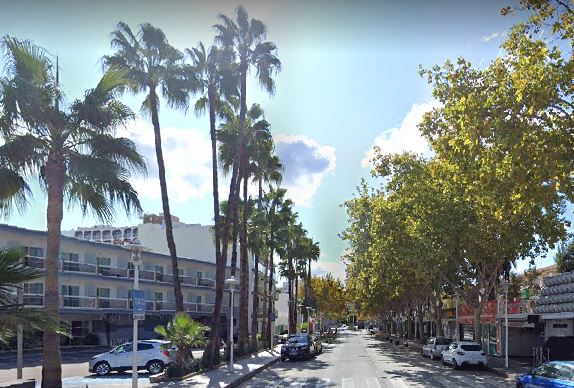 He is said to have fallen from his flat on the eighth floor of a building on Avenida de s’Olivera.

Police and paramedics rushed to the scene after being alerted but could do nothing to save his life.

The incident is still under investigation by police in Magaluf.

No-one from the local police or Civil Guard could be reached this for comment.

Spanish resorts have been closed to tourists but foreigners with residency have been allowed to stay.

Magaful has seen a spate died after falling from balconies in recent years.

In July 2019 Freddie Pring, 20, died at 3am today while on a lads’ holiday in the seaside resort.

He was found lying on the ground close to death near a tobacco shop after falling from the second floor of the Wave House Hotel.

A month earlier, Thomas Channon, 18, fell 50ft to his death in a similar area to where Thomas Hughes, 20, was found dead just weeks before.

In April, Natalie Cormack, 19, from West Kilbride, Ayrshire, fell from the seventh floor.

Holiday to Majorca are popular with British holidaymakers especially during the Easter half-term and the summer holidays.

Beaches in Spain may reopen as early as June 15 as council leaders in holiday hotspots "rebel" against a prediction that the tourism industry won't get back to normal until the end of 2020.