A HERO bus driver jumped out of his cab to fight off a mugger he spotted trying to rob an elderly lady by the side of the road.

Ex-soldier Károly Zsolt Kis – who served in Iraq – was filmed on his bus's surveillance video pulling over to save the OAP in Miskolc, Hungary. 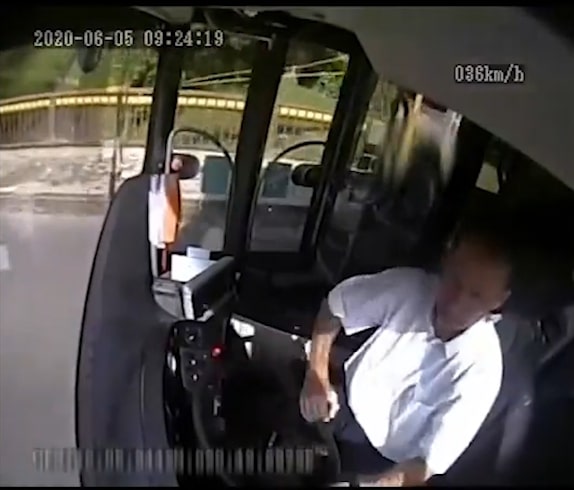 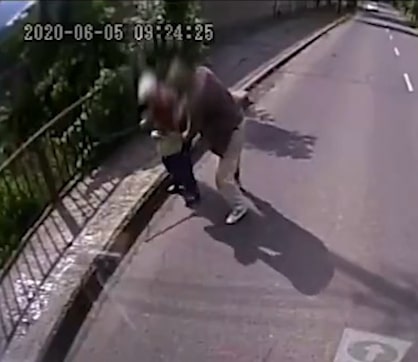 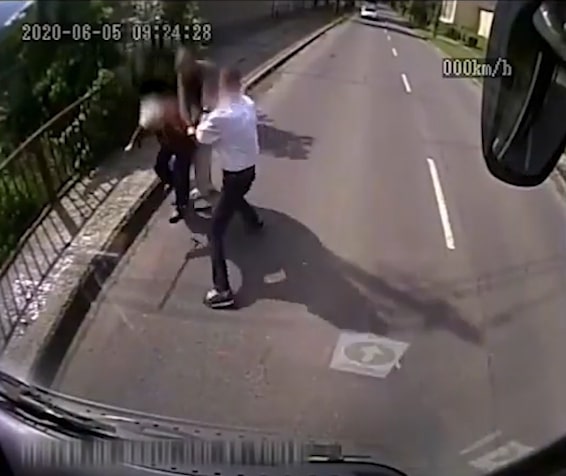 Károly was driving near the town's Újgyőr market when he saw the thief trying to snatch a handbag from a grey-haired woman with a walking stick.

He swerved across to the other side of the road and stopped next to where she was struggling with the mugger.

He then leapt out, ran over and shoved the attacker away from her.

Károly stayed with the old lady to make sure she was safe and appeared to gesture towards where the mugger was loitering.

He then ushered the victim on to his bus before continuing on his route.

She was said to be shaken up after the attack not injured, according to local reports.

Police have reportedly identified and arrested a 27-year-old man suspected of the attempted mugging at 9.30am on June 5. 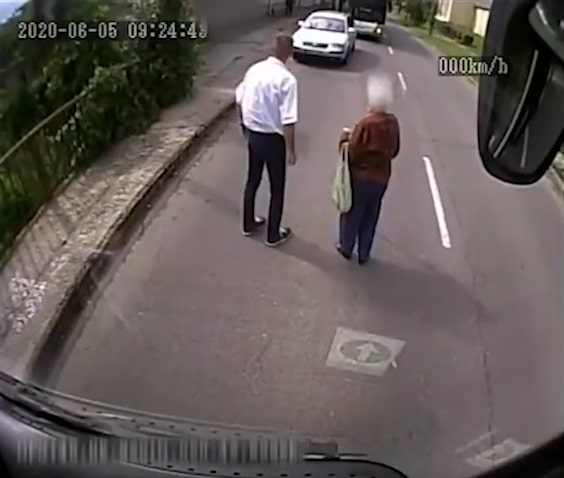 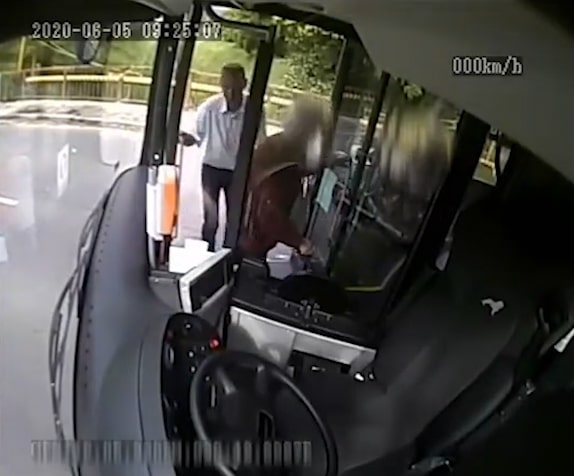