A female police officer was subject to a ‘cowardly and dangerous’ attack in Soho while on patrol, hours before the UK went into a national lockdown.

The officer was struck in the back of the neck with a glass bottle as police attempted to remove an arrested man from a crowd in central London.

Police were working at Old Compton Street in Soho, London, as bars and pubs closed at 10pm on November 4, before a four-week lockdown began at midnight on November 5.

At about 10.05pm a member of the public was arrested on suspicion of drunk and disorderly behaviour at the junction of Old Compton Street with Frith Street.

As officers moved the arrested individual away from the assembled crowd along Frith Street, the officer was attacked. 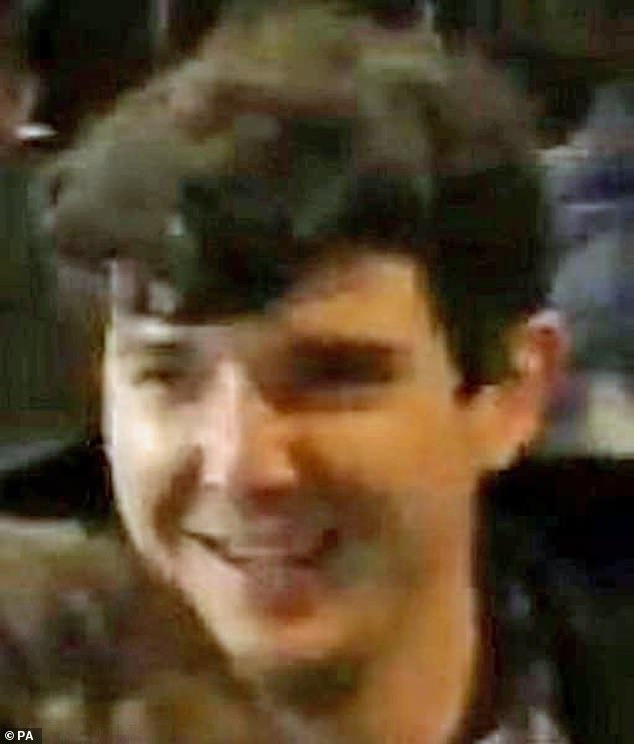 Police have released an image of a man they would like to speak to in connection with the incident.

Pc Jack Greaves said: ‘This was both a cowardly and dangerous action that could have had much more serious consequences for the officer. Thankfully she was not seriously harmed.’

Anyone with information is asked to call police in 101 or Crimestoppers anonymously on 0800 55111.

There was a heavy police presence in Soho on the night of November 4, ahead of the national lockdown.

Pubs ran dry across England after revellers gathered for one last drink before the second national lockdown came in.

Large groups of drinkers packed into bars and pubs across the country before 10pm to enjoy a drink ahead of the new restrictions being introduced.

They took advantage of cheap drinks, with pints costing just 99p at Wetherspoons after the pub chain decided to sell real ale at cut prices to avoid pouring them away. 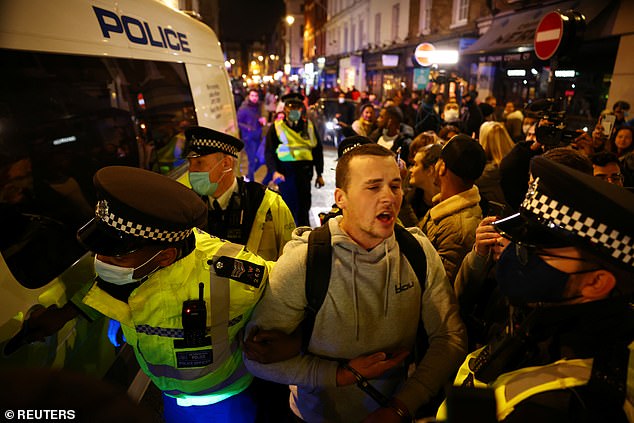 LONDON: A man was arrested by police officers as pubs closed ahead of the lockdown in Soho, London on November 4 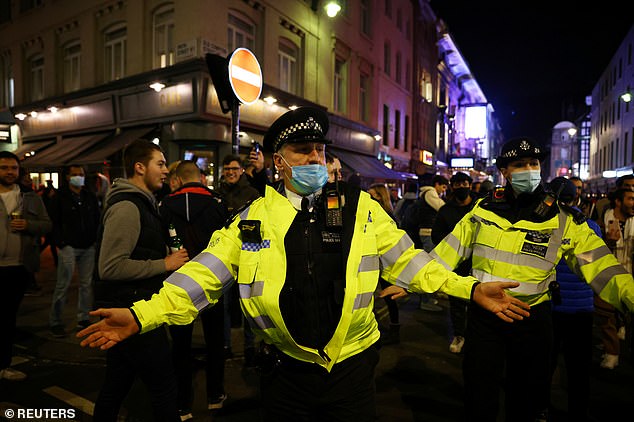 LONDON: Police officers usher people off the streets as the second lockdown came into force at midnight on November 5

In the capital, Soho was packed out with groups of friends, with long queues outside pubs also seen in Camden Town.

Even before November 4, data from restaurant bookings service OpenTable showed a surge in demand for London eateries during the run-up to the new lockdown.

All restaurants, pubs, cafes and other hospitality venues are currently closed unless they offer a takeaway service.

Non-essential shops are also closed apart from for click and collect.