In a long career at the pointy end of business, Amy Smith has faced up to her share of corporate challenges – she has also faced down character judgment against mothers who dare have professional lives.

The global brand director of T2, and former chief executive of Jenny Craig and ad agency JWT, Ms Smith held some of her most demanding roles after she had her two daughters in 2002 and 2004. 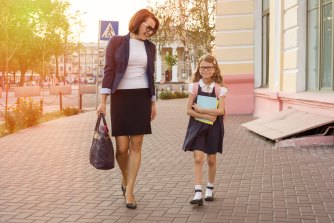 Mothers who also dare to have professional lives are frequently attacked for doing so online, new eSafety research has found – but fathers do not face equivalent scrutiny.Credit:Shutterstock

She had more than proven her capabilities, but even so “was told my children would have developmental or mental problems, that my ego took priority over my children and that I was selfish.”

“Little did anyone know, I was supporting my little family 100 per cent, and when I rarely pointed this out I was then attacked for being successful and my career being my real ‘baby’,” says Ms Smith, a longtime advocate for working women.

Men in her workplace “asked me what my husband did and why I was still working”.

Twenty years and much workforce progress later, fresh research by the Office of eSafety revealed last week that “working mother-baiting” is still prevalent. Attacking a professional woman for her allegedly poor mothering is one of the three most common slurs aimed at those with an online presence. 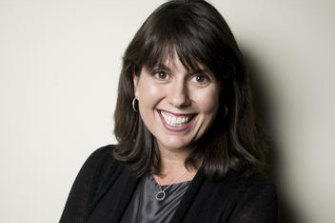 Amy Smith has blazed a trail as a CEO and global brand manager, yet faced stigma for working while also being a mother.

One in three professional women have experienced gendered abuse, and attacking them as bad mothers is up there with sex and appearance-based slurs.

The huge uptick in women’s economic participation – to almost half the Australian workforce in 2020 up from 30 per cent in 1966 – has not put an end to disdain for those wading through “the juggle”. Online, it is visible enough to be measured, making the International Women’s Day slogan for 2022, #BreakTheBias, particularly poignant.

The “fetishisation” of motherhood in the Instagram age is partly to blame for peak levels of mother guilt and the nagging reminders you’re not quite doing it right, say feminist commentators including full-time worker and mother of three, Georgie Dent. 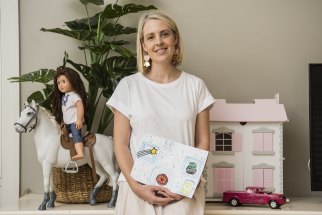 “Back in the ’80s there was less expectation on mothers to have stuff like amazing lunchboxes, and all the costumes for halloween dress ups being home-made, that has increased pressure specifically on women: I think it presents itself in different ways,” says Ms Dent.

“We are dealing with a whole lot of messages about what makes ‘good’ parents – a ‘good mother’ – constantly.”

Policy settings that still favour one parent working full-time (and the higher earner is still likely to be the father) don’t help.

“I am absolutely aware there is still bias … because Australia is still very wedded to gender stereotypes and has a very dominant male-breadwinner model.

”The workforce has changed and women are educated and graduating from uni in greater numbers than men; what hasn’t changed are the underlying policies, and they perpetuate men as breadwinners and women as carers,” says Dent, who has three daughters.

Deep down there is still a belief women staying home with children is the best-case scenario.

“When you strip it all back, we still have quite a conservative culture in Australia and lingering sentiment that while we accept women might have to work, deep down there is still a belief women staying home with children is the best-case scenario.”

She has seen that while mothers will torture themselves trying to do the necessary “mental gymnastics” to balance clashing school and work commitments, her husband and other dads are not as prone to tie themselves in knots about not being able to get to it all (and kids often don’t mind if some things are missed).

Research suggests “what works best is families being able to share the care and the earning”, she says. 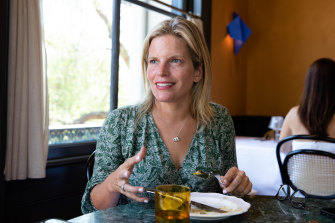 Teacher and parenting author, Daisy Turnbull, says working fathers are not scrutinised in the same way as working mothers.Credit:Janie Barrett

“It’s like you walk into an event for work and the first question you get is, ‘where are your kids?’. It transplants you back to a mothering role when you arrived in a professional capacity then makes you question that capacity.”

“The assumption is you should be with your kids [not working], maybe it’s not even a conscious bias; it’s almost a question, ‘Oh, you have to organise the kids stuff [and work] that must be a lot?’ – but no man gets asked, ‘where are your kids?’.”

Policing of working mothers’ presence may be subtle, but it is evident. “The nature of teaching means you can not usually drop off or pick up your own kids … sometimes during lockdown I would pick the kids up at 3 o’clock and some parents would be like, ‘Oh, we never see you at 3 o’clock!’.”

Attitudes that working motherhood is somehow less than ideal need to be outed and discussed with young people, so they’re not perpetuated.

“There’s an underlying judgment built into our culture and you often feel it from the previous generation, we’ve got to deal with that because we need more women working, and staying in the workforce, and making being a working mother [accepted as] a good choice rather than difficult and a struggle.” she says.

Leading workplace observers agree working-mother prejudice may lie under the surface, but is active and destructive.

Deputy director of the Women and Work Research Group at the University of Sydney Dr Mariah Foley, says the mother/carer, father/worker trope is alive and well: “You’d think we’d be beyond the ‘mummy wars’ but it’s still real.

“Women face a much stronger expectation that they will still be nurturers and caregivers at home, and stereotypes and gender patterns of disrespect that exist in the real world are magnified online.”

Not doing “the thing women are supposed to be doing” is seen as fair game for penalising professional women. The fact it is rife online, as the eSafety research found, is partly down to the veil of anonymity and partly “because on a lot of platforms, the algorithms are designed to amplify discord and disagreement”.

“These types of mummy wars issues we could have hoped we had put to bed in the ’90s are areas where, if you can attract a lot of outrage, it equals eyeballs. Some of the platforms are encouraging this behaviour, which is problematic.“

Director of the Workplace Gender Equality Agency, Mary Wooldridge, and chief executive of the Diversity Council of Australia, Lisa Annese, both say continuing to tackle gender stereotypes is the primary way to dismantle double standards applied to parents.

Ms Annese points out that while researchers have described a “fatherhood bonus” for men, who are seen to be more reliable once they have kids, and a motherhood penalty for women, who are assumed to be less so. 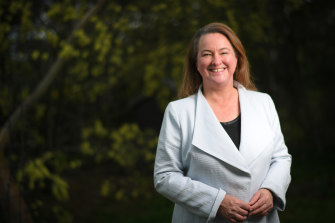 Mary Wooldridge of the Workplace Gender Equality Agency says stereotypes of roles men and women are presumed to do need to be actively dismantled.Credit:Eddie Jim

Ms Wooldridge, a former Victorian Liberal MP and minister for mental health, community services and women’s affairs, was once asked by a prospective employer why they should recruit her, “given I was a young woman who would probably go off and get pregnant soon after I was employed”.

She agrees an end to gender stereotyping is the only way to stamp out the working-mother prejudice before it trickles down to future generations.

“Gender stereotypes are so fundamental in terms of how women and men are treated,” she says, “this is manifested in data about women in leadership roles and the gender pay gap also.”

As the annual festival of corporate breakfasts and feel-good working girl power approaches, Ms Annese warns that what progress has been made towards equality may prove fragile unless biases continue to be actively fought.

“I have mixed feelings about International Women’s Day: yes, things have moved but there are dark forces trying to dismantle progress all the time.

“It almost feels like women’s equity as workers was not taken seriously, but now it is taken seriously they are attacked – because they’re a real threat to the status quo.”