A TEEN tour guide who survived a killer volcanic eruption has spoken about his painful road to recovery after suffering horror burns to 80 per cent of his body.

Jake Milbank was working on New Zealand's picturesque White Island and celebrating his 19th birthday when the deadly blast happened on December 9. 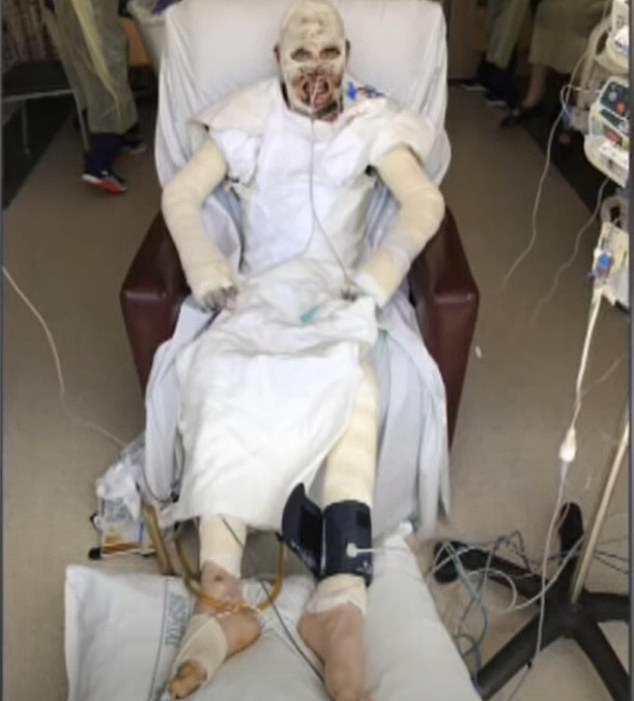 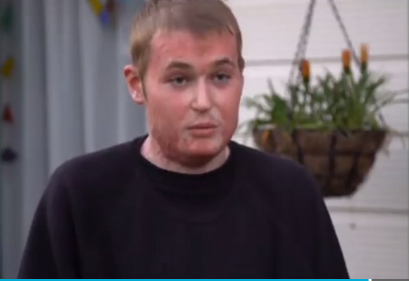 He has now opened up about the horrific ordeal, which left 21 people dead and dozens more seriously injured.

Speaking to Newshub, he described his "fight-or-flight" response after the volcano suddenly erupted into life.

“You know what you've gotta do to survive and that's all I was really thinking about doing at the time,” he said.

"(I was) just trying to stay awake, and constantly reminding myself and having others around me reminding me that …it was all gonna be all good.”

Forty-seven people were trapped on the island when the volcano blew, spewing ash, rocks, debris and scorching steam into the air.

Jake eventually spent months in hospital – including two weeks in a coma – where he underwent 25 operations. 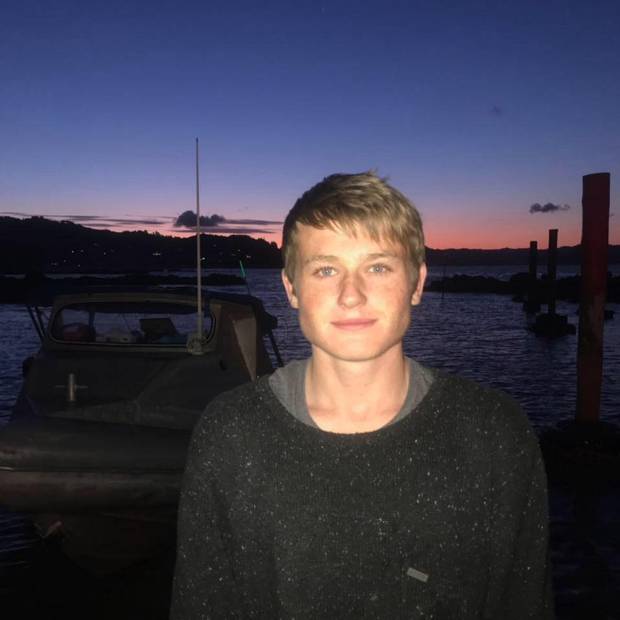 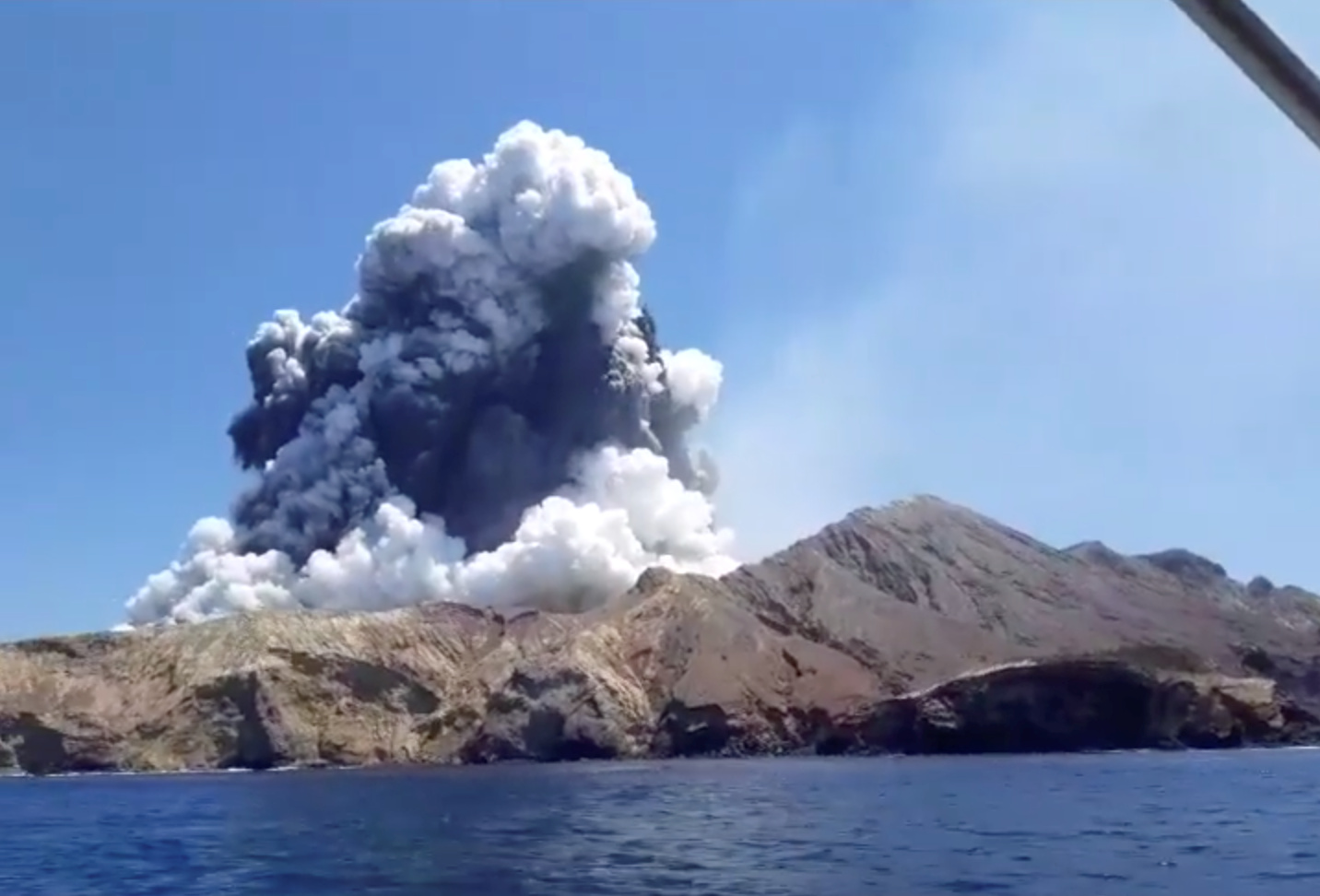 “It's definitely been a challenge, but I mean, all it's really gonna do is build character,” said Jake.

“There's nothing I can do about it except try my hardest to get back to where I was before the eruption, there's no point at looking at it negatively.”

He is now undergoing intensive rehabilitation to regain basic movements, but hopes to soon start fishing and hunting with pal soon.

“Every day you notice, ‘Oh I can take my sock off a little bit further' or something like that, it is pretty cool to see,” he said.

From his home in Whakatane he can see White Island and reveals he would like to go back and take a look. 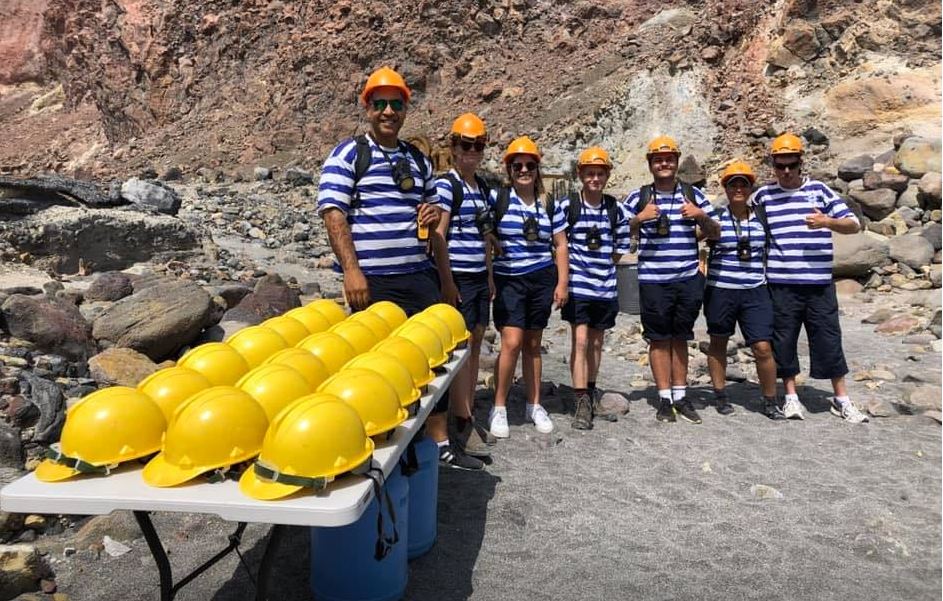 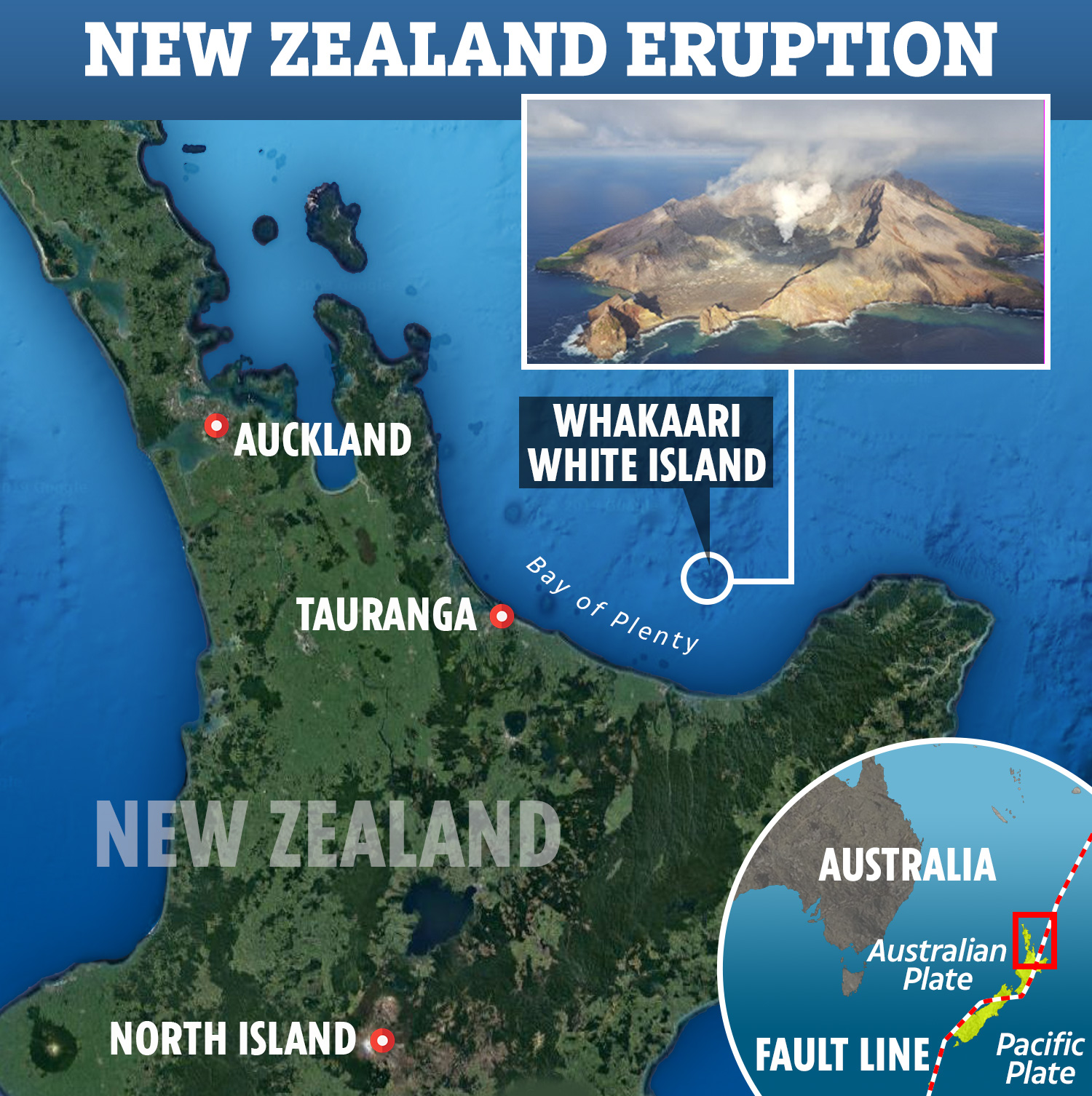 "It does send shivers down the spine a little bit, gives you the goosebumps,” he said. “I wouldn't get too close, but yeah I definitely would like to go and have another look.”

Jake was rescued by a tour boat after the eruption and remembers concentrating on staying awake to keep himself alive on the journey to the mainland.

"Of course I was frightened a little bit… but it all came down to that fight or flight kind of thing," he said.

"I was in a coma for two weeks and when I did come out of the coma I was on a lot of different drugs so I wasn't quite there for the first month."

More than £100,000 was raised for the teen's recovery through a Give a Little fundraiser. 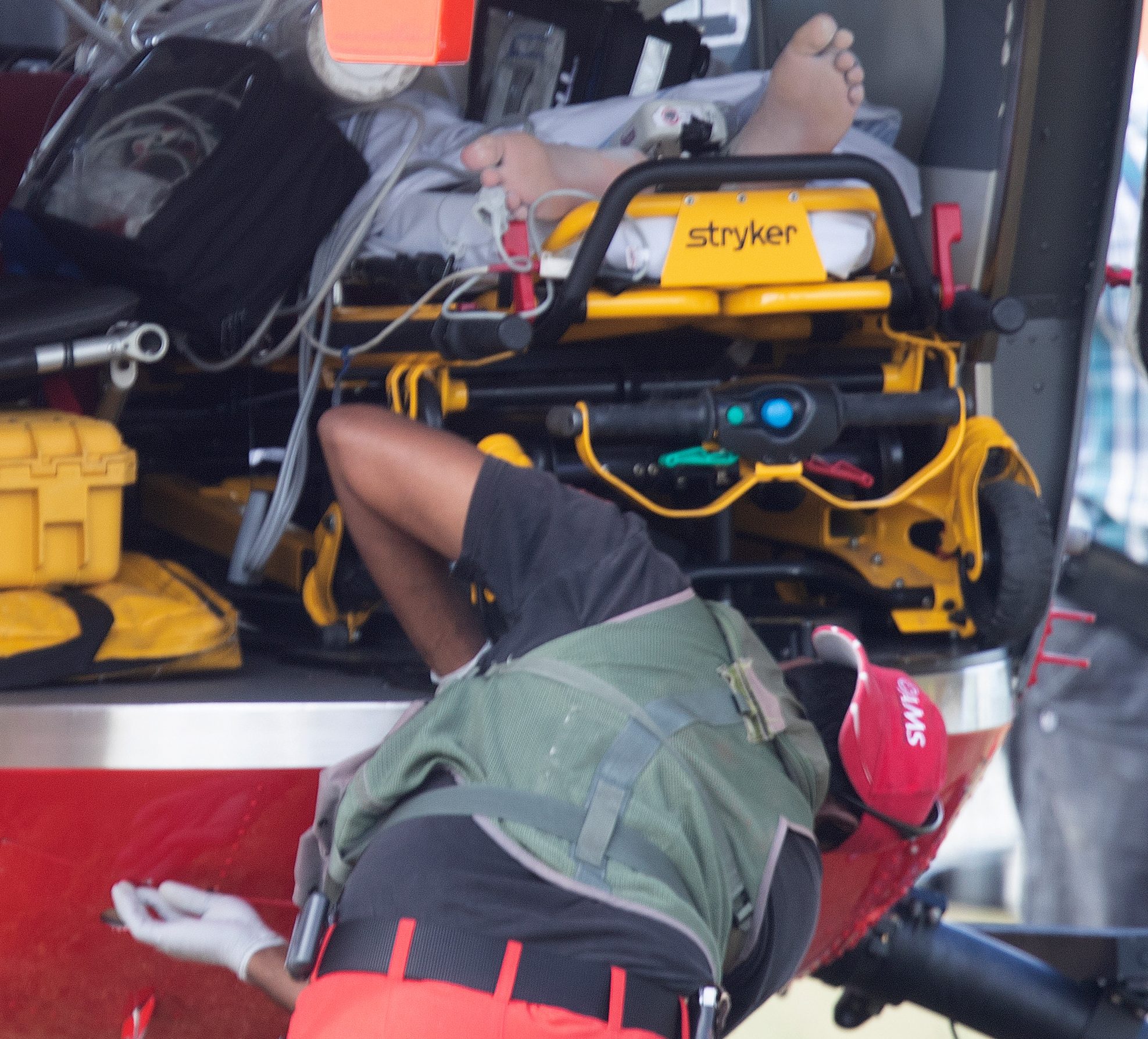 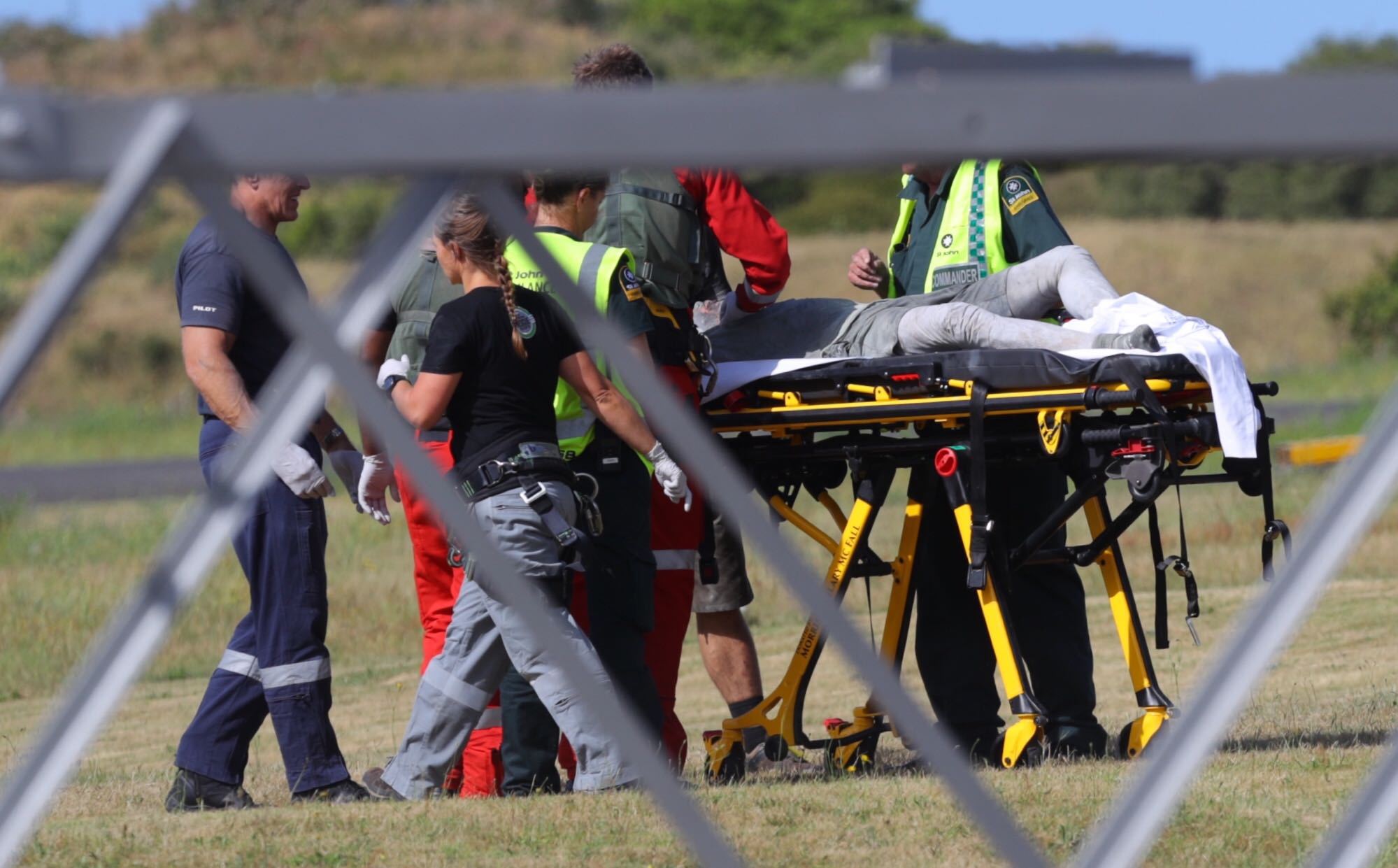 "I definitely didn't expect the amount of support that we did get – it's awesome to see people from all over the world took time out of their days to let me know they're there for me," he revealed.

White Island was a very active volcano and questions are now being raised about whether tourists should ever have been allowed to visit.

More than 18,000 tourists visit the hot spot each year.

Six days before the eruption, volcanologists raised the alert level of White Island to level two, which is the most dangerous level a volcano can be classified as without erupting.

New Zealand lies on the so-called Ring of Fire, a 25,000-mile chain of 452 volcanoes around the edge of the Pacific Ocean.

The ring runs up past Asia and Russia, across to Alaska, and down the westerly coasts of North and South America.

Since 1850, about 90 per cent of the most powerful eruptions in the world have happened along this boundary.