A Pennsylvania man was jailed last month and charged with a felony after allegedly underpaying for a bottle of Mountain Dew soda by 43 cents, a penalty due largely in part to the state’s three-strikes law.

Joseph Sobolewski walked into a convenience store in Perry County where there was a special for 20-ounce Mountain Dew bottles: 2 for $3.

Sobolewski took one bottle, put down $2 on the counter and walked out, PennLive reported. The store called the police and he was arrested. What Sobolewski may not have known was that a single bottle of Mountain Dew cost $2.29, not $1.50.

So he actually shorted the store by 43 cents, or 29 cents for the bottle plus tax. He is being held on a $50,000 bond and faces up to seven years in prison. 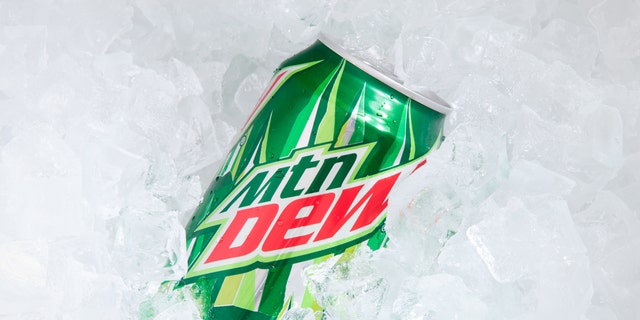 A can of Mountain Dew buried in ice cubes. A Pennsylvania man is charged with a felony for underpaying for a Mountain Dew bottle by less than 50 cents.
(iStock)

“For me, I would get the deterrent factor if someone’s thefts were getting worse or higher in value,” said Brandon Flood, director of the state’s Board of Parole, told the news outlet. “But the lack of discretion is what bothers me. It’s problematic because it doesn’t factor in the amount.”

A criminal docket showed the bond was originally ordered as a cash bond before being modified to be “unsecured,” meaning he could be released without giving the court any money, although the amount would remain the same.

The store clerk reportedly followed Sobolewski outside the store and informed him he didn’t pay enough for the bottle of soda. He responded that he did and allegedly drove away.

Sobolewski, 38, who is homeless and has several convictions for other minor crimes, is being charged under the state’s three-strikes law for retail theft, according to the news outlet.

His first offense involved him not paying for gas more than a decade ago. In December 2011, he was arrested for stealing a pair of shoes from a K-Mart that cost $39.99. For that crime, he paid more than $866 in fines and fees and was sentenced to three months in jail.

Two months prior to the alleged soda theft, Sobolewski and his wife were accused of stealing craft supplies from a Hobby Lobby. Bond was set at $2,000 but he is applying for a state diversion program.