The headmaster of a £20,340-a-year private school in an exclusive Surrey town has been found dead in the woods after being arrested on suspicion of sexual assault.

The body of William ‘Willie’ Murdock, 60, who had led Danes Hill School in Oxshott for nearly 15 years, was discovered in local woodland on February 10.

Just five days earlier on February 5, an allegation of sexual assault on an adult victim carried out on January 29 in Oxshott was made against Mr Murdock to Surrey Police.

Detectives said there were no suspicious circumstances surrounding the death of father-of-three Mr Murdock, who had taught at the school for more than 35 years.

The school said his death had ‘come as a shock to us all’ but insisted that the allegations against him did not concern children or any child safeguarding matter. 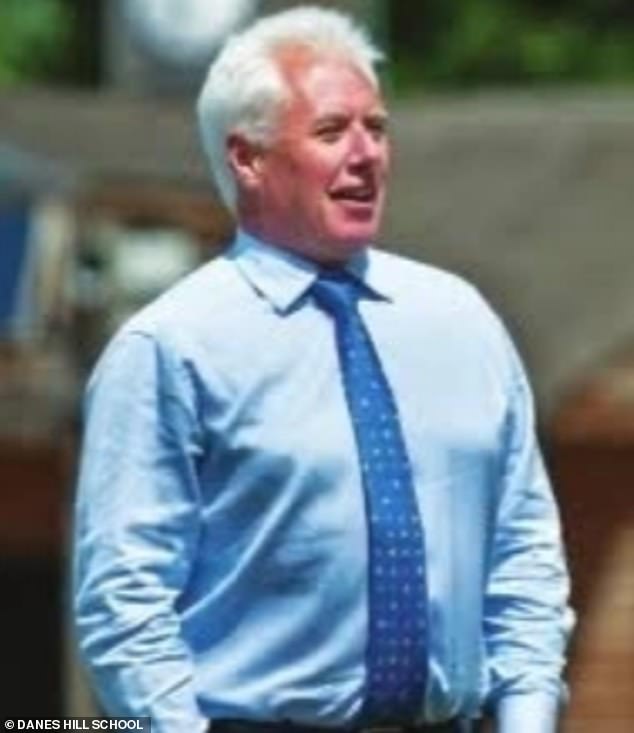 The body of William ‘Willie’ Murdock (above), 60, who had been the headmaster of Danes Hill School in Oxshott, Surrey, for nearly 15 years, was discovered in local woodland on February 10

Parents learned of his death and the investigation in a letter sent out earlier this week, with one telling The Sun: ‘How on earth do you explain this to the children?

‘It’s left the whole school community stunned and many parents are seriously considering taking their kids out and putting them in another school.’

The headmaster, who started at the school as a Latin teacher, was a keen shooter and horse rider and bred dogs, according to the newspaper.

Mr Murdock, who became acting headmaster in April 2006 before taking on the role permanently in January 2007, had been suspended after the allegation was made.

Oxshott, which has an average house value of £2million, is home to numerous celebrities such as Andy Murray and his wife Kim, and Jamie and Louise Redknapp.

A statement from Danes Hill School on its website said: ‘We are sorry to confirm that Willie Murdock, died last week.

‘He had been a part of the Danes Hill community for over 36 years, both as a teacher and Headmaster, so the news of his death comes as a shock to us all.’

The school added that deputy headmaster Rob Andrews has stepped into acting headmaster, with director of studies Sonal Chatrath as acting deputy headmistress. 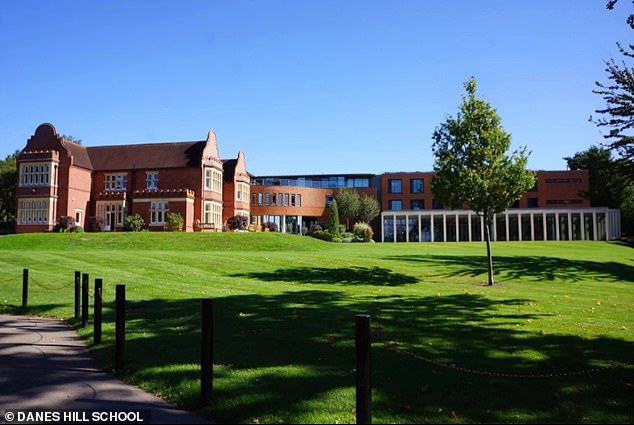 Danes Hill School is a £20,340-a-year private school in the exclusive Surrey town of Oxshott

A school spokesman told MailOnline today: ‘The safety and well-being of everyone in the school community is of paramount importance to us.

‘In the week prior to his death the school received allegations concerning Mr Murdock. These did not concern children or any child safeguarding matter.

‘In line with its policies and procedures, the school started an investigation and reported the matter to the relevant authorities. Mr Murdock was suspended from his role and the police launched a criminal investigation into the allegations.

‘Mr Murdock died before the police had concluded their investigation. That investigation has now been superseded by a coroner’s inquest. In light of this, and the need to protect the privacy of those concerned, we are not in a position to provide further detail. This has been a tragic matter for all concerned.

‘The governors are giving careful consideration to what further actions should be taken. Meanwhile our thoughts are with the Murdock family and those involved and we would ask that you respect their privacy at this difficult time.’

A Surrey Police spokesman said: ‘We were called at around 8.45pm on February 10 to woodland, in Oxshott, following the discovery of a man’s body. The body of the man, who is in his 60s, was found at a location in Woodlands Lane.

‘The investigation into his death remains ongoing, but it is not believed that there are any suspicious circumstances or third party involvement at this stage.’

For confidential support in the UK call the Samaritans on 116123, visit a local Samaritans branch or click here for details