A GRAN has been left shocked after being ordered to pull down a 'summer house' in her garden – because it was SIX inches too long.

Cheryl Woodley, 61, had the small building constructed two months ago so that her grandkids – who she hasn't seen for over a year – could have somewhere to play when they visit in the summer. 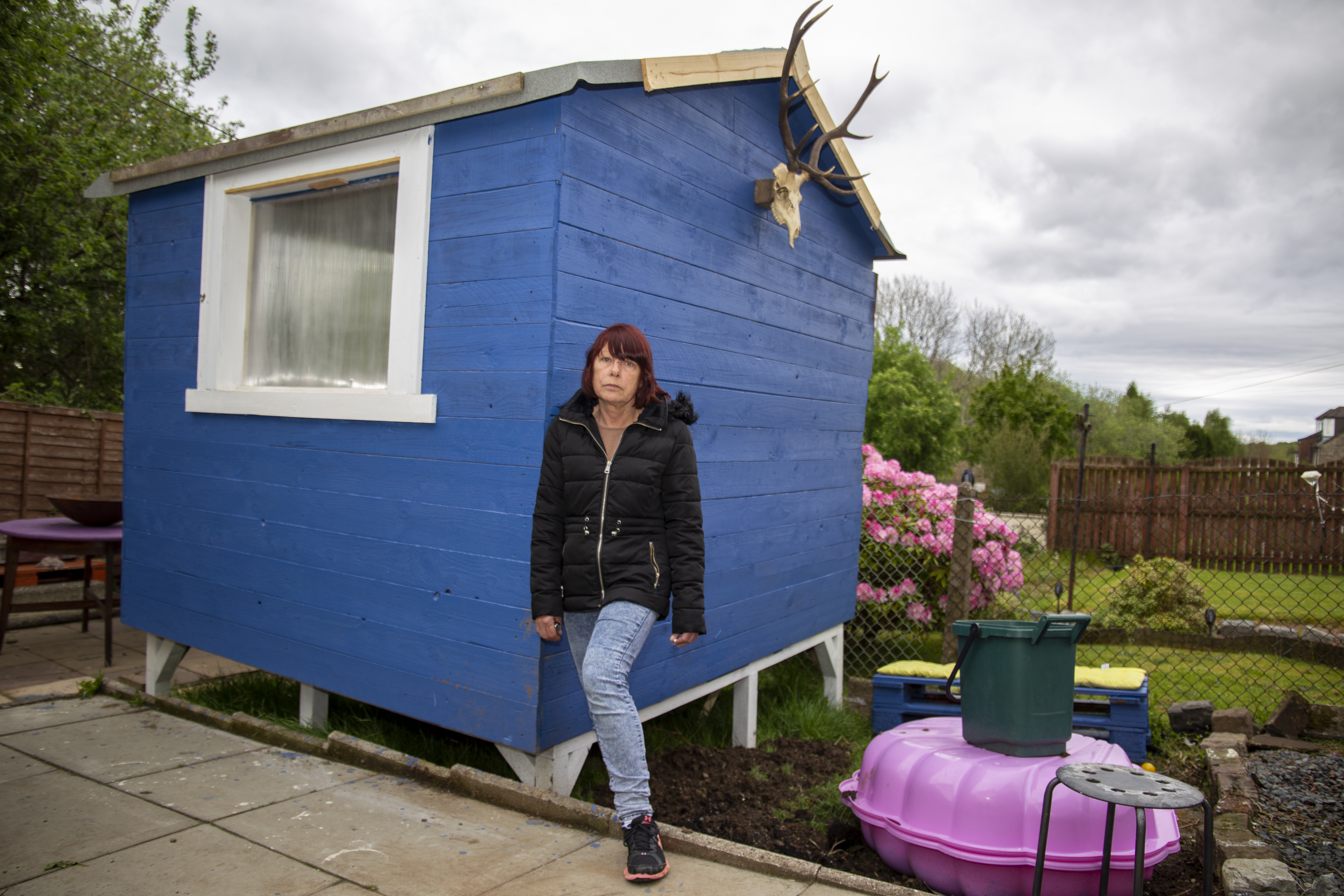 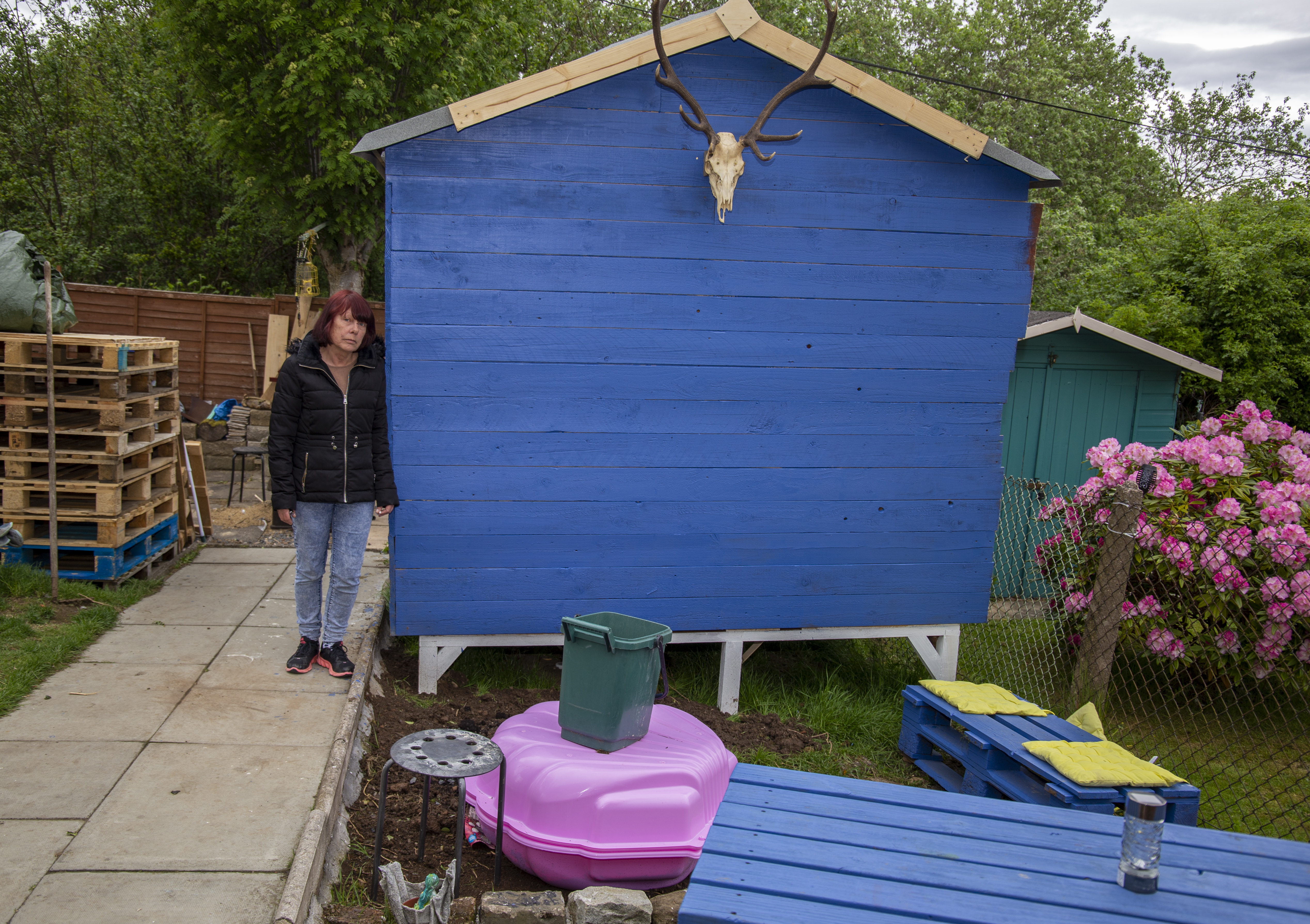 But the gran-of-four has been left frustrated after Renfrewshire Council told her she would have to remove the entire outbuilding – or face legal action.

After a neighbour complained about the summer house, the council came to investigate – and found that the building is a mere six inches too big.

Cheryl, from Paisley, Scotland, has also been told she needs to remove a small children's swing from a communal drying area outside her house.

She said: “Three of my four grandchildren, Olivia, Bethany and Ronnie – who are aged between nine and 11 – normally come up every year in the summer holidays from London.

“But they missed out last year because of Covid. The idea was that, when they return to London, we can keep all their toys and stuff in the summer house for next year.

“They're coming to stay for six weeks during the summer holidays, and another neighbour, who I share the garden with, built the summer house for me.” 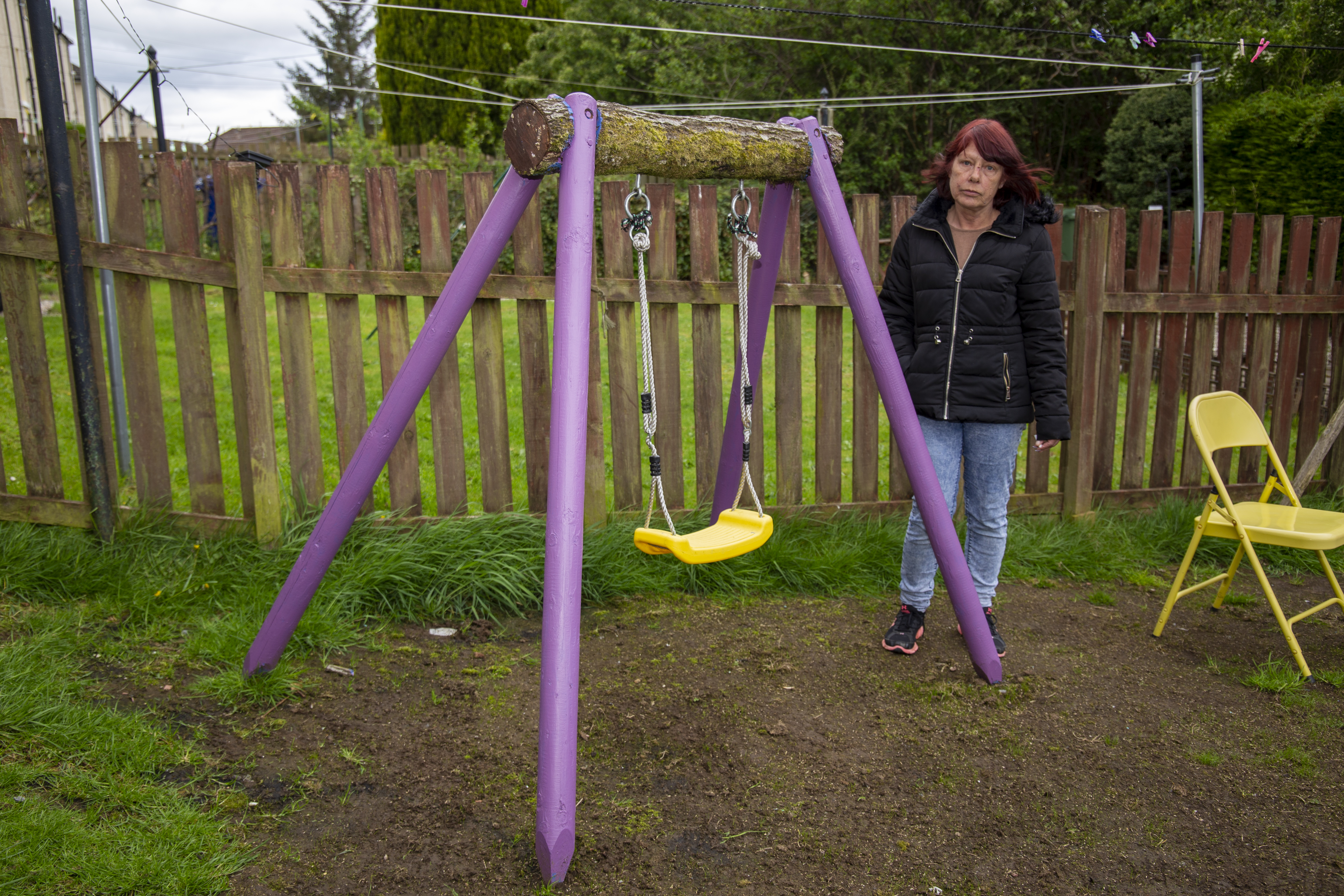 The outbuilding is constructed of wooden pallets, which Cheryl then painted blue. It also has a window built in and a set of antlers mounted on the outside.

But Cheryl was shocked when Renfrewshire Council came round to her house – and told her she would have to remove the whole building.

She said: "The council came down and took photographs and basically said we have to take the whole lot down. It's set in concrete, so it'll be difficult to remove.

“The neighbour has also complained that it is too near their fence, which it isn't. The summer house is only 15 centimetres taller than it should be."

Cheryl has been told she can't appeal the decision.

A council spokesperson said: "Our housing officer visited Ms Woodley on May 18 to advise permission would be needed to build a summer hut in her garden.

"We have provided her with information on the size and specifications of structure she can build in her garden and a form to request permission to go ahead with the work.

"If she requires further assistance with her application, she can contact our housing officer, who will be happy to help."