But the Tweet has gained more traction online for its strange image, which shows two woman sharing a bowl of popcorn on the sofa with their dog – and a mystery third person’s hand.

People on social media have been quick to point out the weirdly-position arm and some have tried to make sense of it.

The Tweet reads: ‘For staying safe, there’s no place like home. Stay Home. Protect the NHS. Save Lives.’ 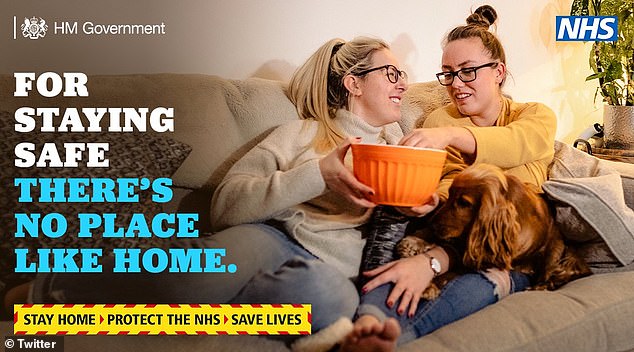 The @10DowningStreet Twitter account posted this image on Friday urging people to stay indoors. People on social media have reacted in confusion due to a mysterious third person’s arm seeming to come from under the dogs mouth

It shows the two women, one wearing a cream jumper and the other a yellow one, eating out of an orange bowl, while the mystery hand seems to have a black sleeve.

On closer inspection, the black sleeve appears to be an illusion created by a shadow cast by the couple’s dog.

But that hasn’t stopped people on social media debating the image and sharing jokes about what should have been an important message from the government.

Some compared the picture to the Alien and Addams Family films while others joke the dog must have eaten the neighbour.

One quipped that the couple may be flouting social distancing rules by allowing someone from outside the household in to their home.

For a selection of the best reactions read on below. 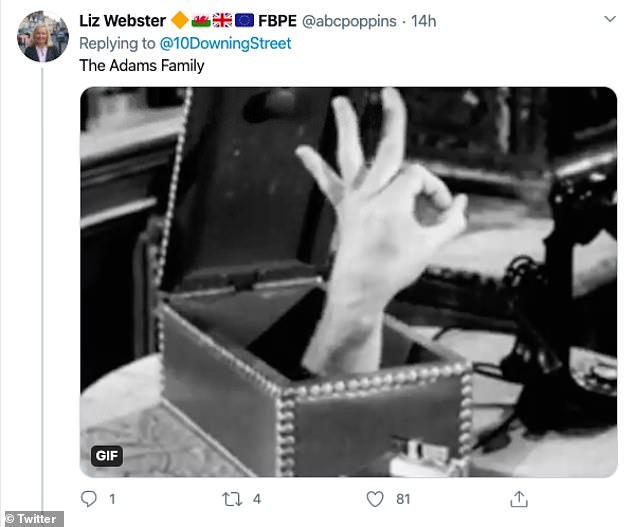 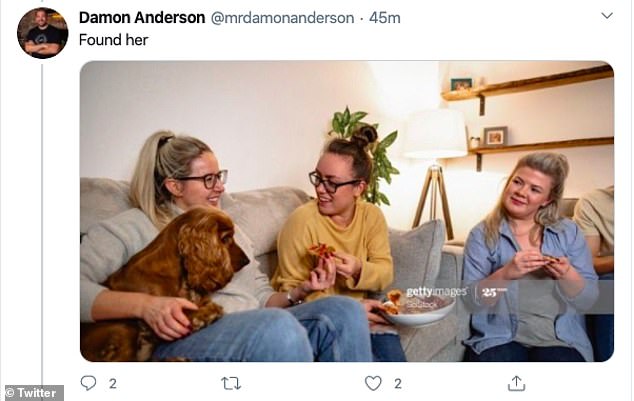