A GOOD Morning Britain guest has sparked outrage by claiming the Queen is the world’s “number one symbol of white supremacy.

Professor Kehinde Andrews, the UK’s first Black studies professor in the UK, today said he did not know why it was a big deal that Oxford University students voted to remove a portrait of the Queen from their common room. 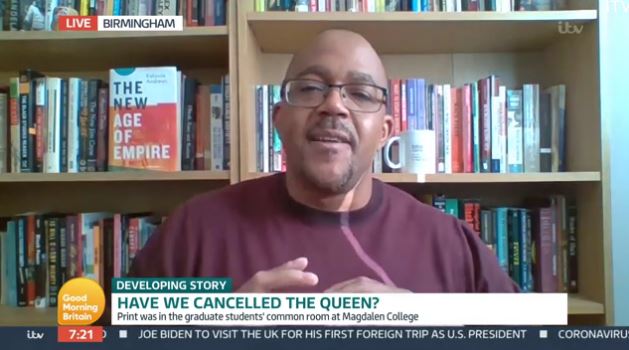 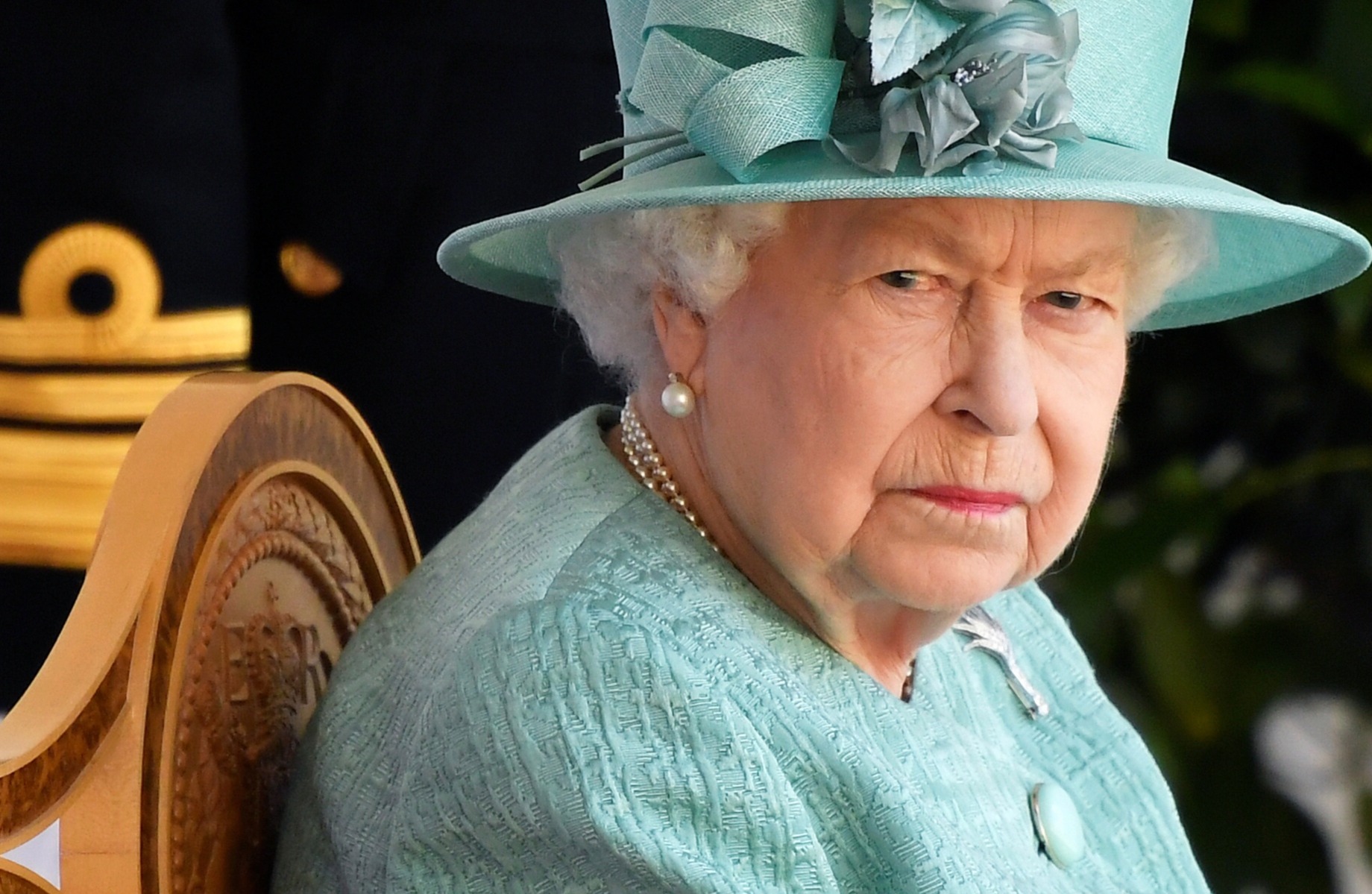 A committee of students in Magdalen college agreed the painting of Queen Elizabeth would be taken down because she "represents colonialism."

It has emerged the President of the Middle Common Room (MCR) at Magdalen tabled the motion to remove the artwork.

Matthew Katzman, 25, is a lecturer in computer science and the son of a top lawyer from Maryland.

The decision was voted through by a substantial majority, with one student making the comment that 'patriotism and colonialism are not really separable'.

The portrait will now be replaced by “art by or of other influential and inspirational people.”

Speaking on Good Morning Britain today about whether the Queen had been “cancelled”, Professor Andrews said “if we’re honest the Queen doesn’t just represent modern colonialism, the Queen is probably the number one symbol of white supremacy in the entire world”.

“A born to rule elite of this really white family. The head of the commonwealth which is actually the empire.”

“Even in that picture she’s wearing jewels stolen from different parts of the black and brown world,” he added.

“If we’re 100 per cent honest that’s what the Queen represents and if the students decide they don’t want the Queen in the common room I’m not sure why it’s such a big deal.”

The painting in question was a piece featuring the Queen in her youth, wearing the blue sash that represents her role as a member of the Royal Victorian Order. She is also sporting a variety of jewels.

Andrews is a professor of black studies at Birmingham City University – where senior lecturers receive an average base salary of £46,000, the Mail Online reported.

Andrews is leader of the Organisation of Black Unity (OBU), which has called for a separate black curriculum and backs a racial revolution. 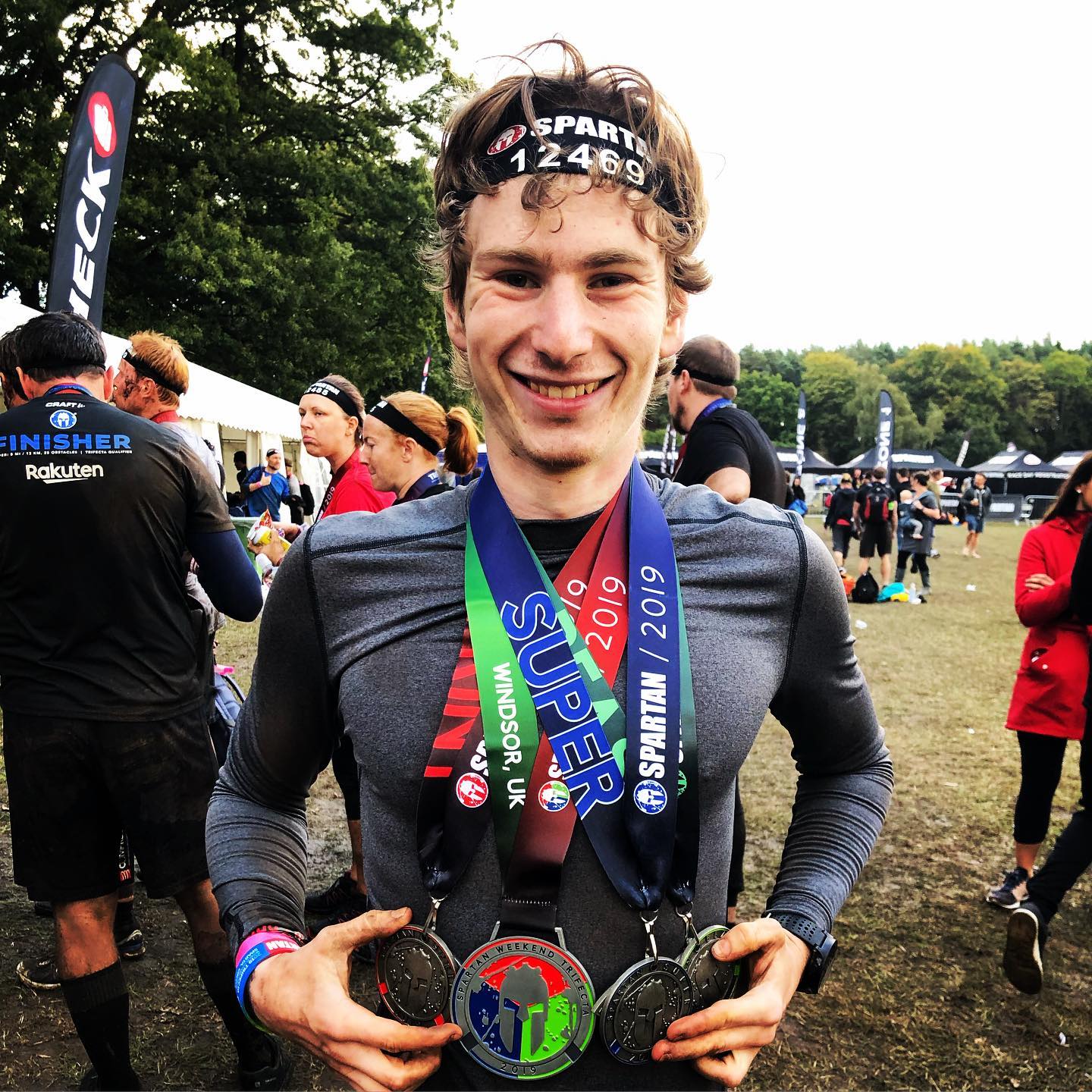 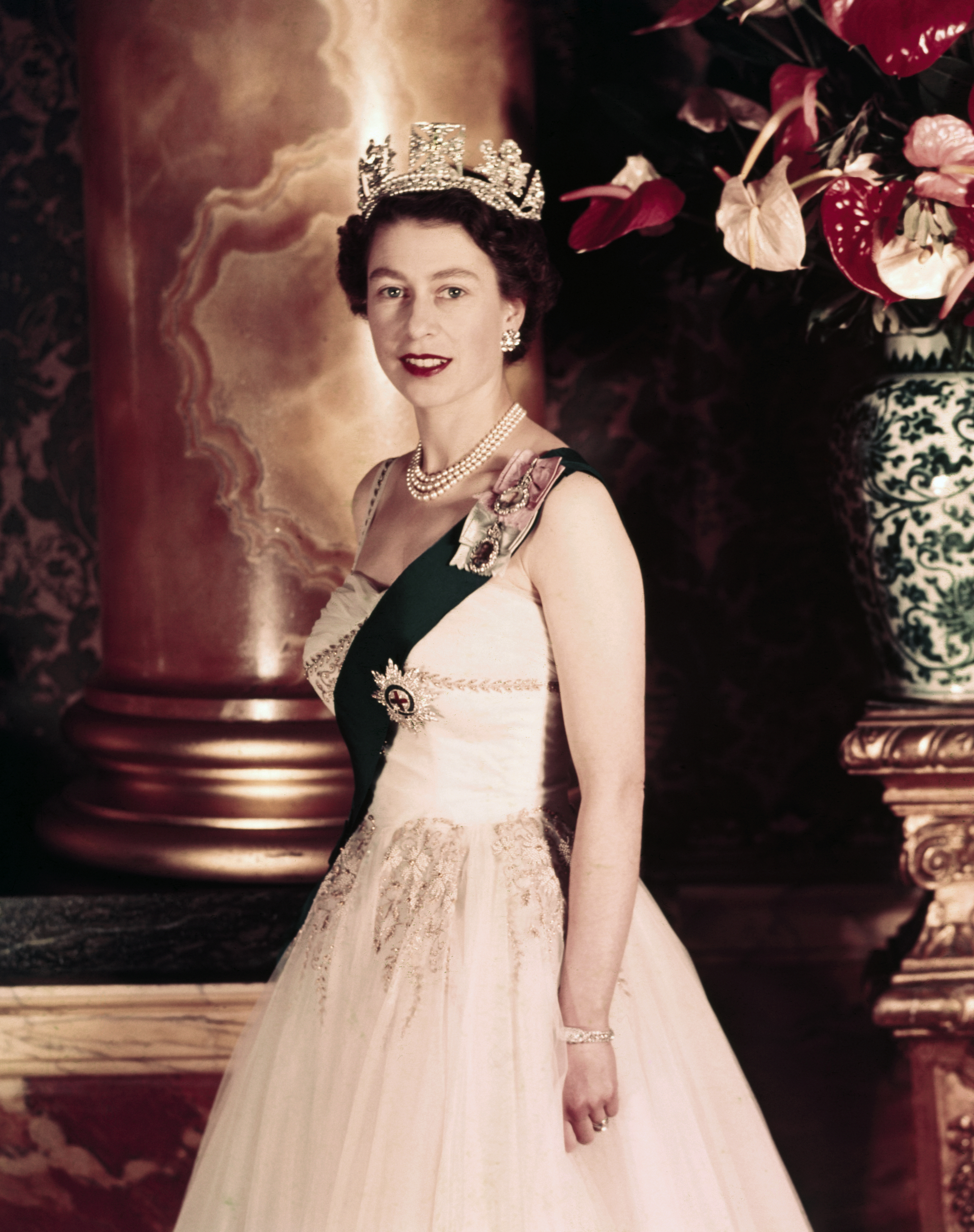 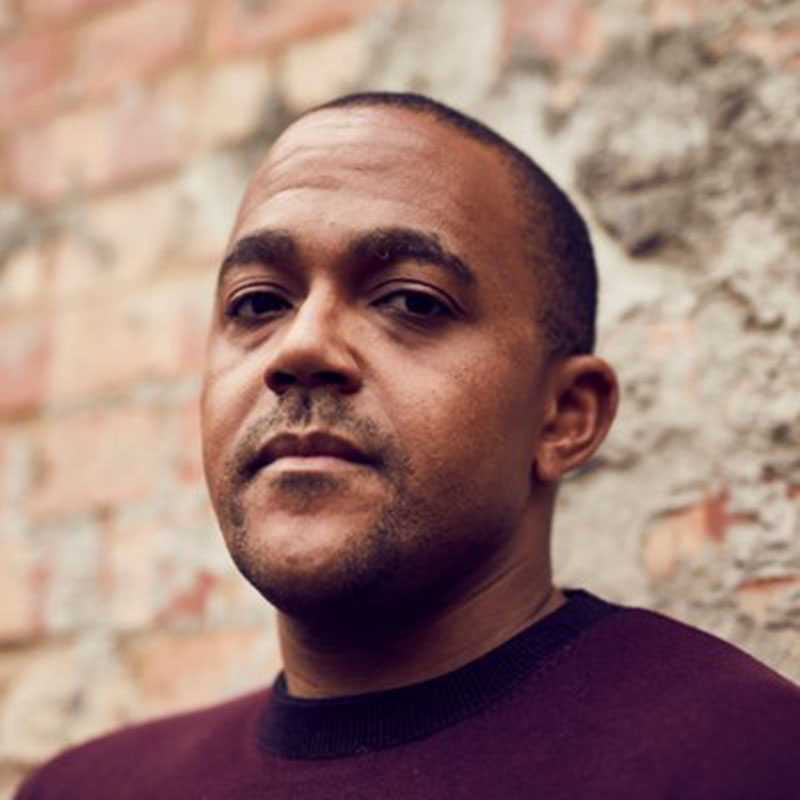 He has previously called for the overthrow of 'genocidal' capitalism and repeatedly compared Sir Winston Churchill to Adolf Hitler.

Meanwhile, the university students' decision to remove the portrait proved divisive, as a multitude of MPs blasted the move as 'ignorant' and 'absurd'.

"Freedom of speech allows even intelligent people to be offensive and obnoxiously ignorant,” he said.

"I hope it does not do too much damage to the reputation of the college. I am sure old members of the college will try to be charitable in their assessment."

Gavin Williamson tweeted his outrage: “Oxford University students removing a picture of the Queen is simply absurd. She is the Head of State and a symbol of what is best about the UK.

“During her long reign she has worked tirelessly to promote British values of tolerance, inclusivity and respect around the world.”

On the other hand, communities minister Robert Jenrick told Good Morning Britain he did not think it was his place to comment on the matter, but added that he thought it was “ridiculous”.

He said: “This really is student politics so we shouldn’t lose too much sleep over it. I quite famously have a portrait of the Queen in my office.

“The Queen is held in high esteem. I don’t think we should waste time debating what happens in a student common room. It does seem ridiculous to me and ignorant but students can do what they want to do. I don’t think it’s for ministers to weigh in.”

The portrait is to be replaced by “art by or of other influential and inspirational people.”

It has now emerged the President of the Middle Common Room (MCR) at Magdalen tabled the motion to remove the artwork.

Matthew Katzman, 25, is a lecturer in computer science and the son of a top lawyer from Maryland.

The post-grad student, who also studied at Stamford University in the States, said the common room is "meant to be a space for all to feel welcome".

The president claimed the move was not a "statement on the Queen" but aimed at creating a "welcoming, neutral place for all members regardless of background, demographic, or views".

Katzman added: "The Royal Family is on display in many areas of the college, and it was ultimately agreed that it was an unnecessary addition to the common room.

"The views of the MCR do not reflect the views of Magdalen College, and the aesthetic decisions made by the voting members of its committee do not equate to a statement on the Queen.

"Indeed, no stance was taken on the Queen or the Royal Family – the conclusion was simply that there were better places for this print to be hung."

The removal of the portrait sparked an outcry – led by Education Secretary Gavin Williamson.

He fumed: "Oxford University students removing a picture of the Queen is simply absurd.

"She is the Head of State and a symbol of what is best about the United Kingdom.

"She has worked to promote British values of tolerance, inclusivity & respect”

During the vote to remove the picture one student commented that “patriotism and colonialism are not really separable” .

In the future if any pictures of the Queen or the Royal family are to be hung in the common it must be decided by a vote. 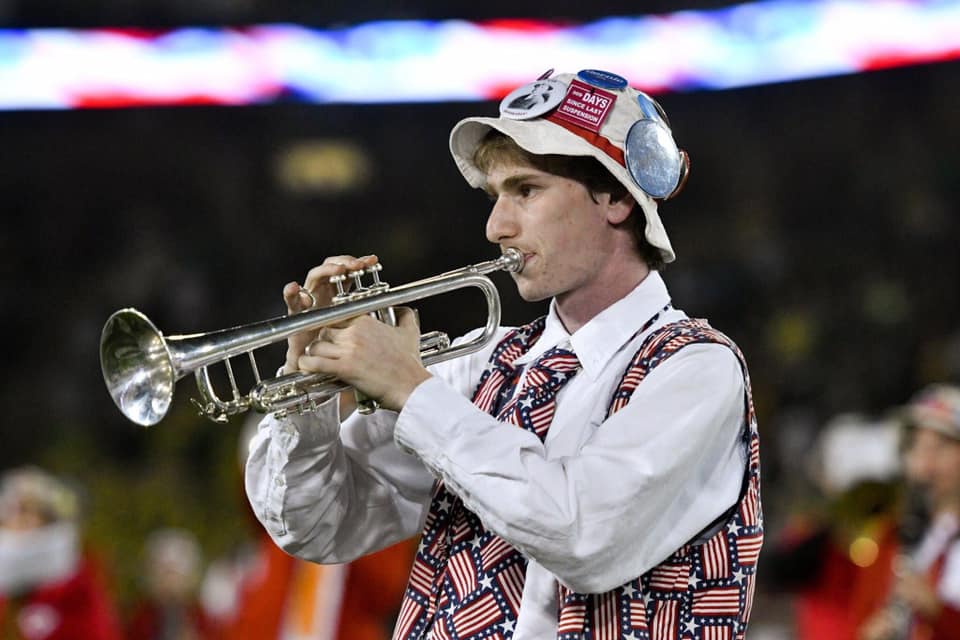