A GIRL has shared her incredible selfie that she had taken during the heartstopping encounter with a black bear in a video that went viral around the world.

Footage showed the moment when the bear approached the group of fearless hikers while they snapped a selfie with the animal. 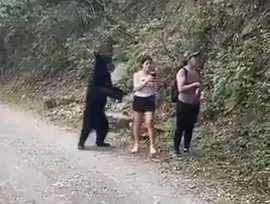 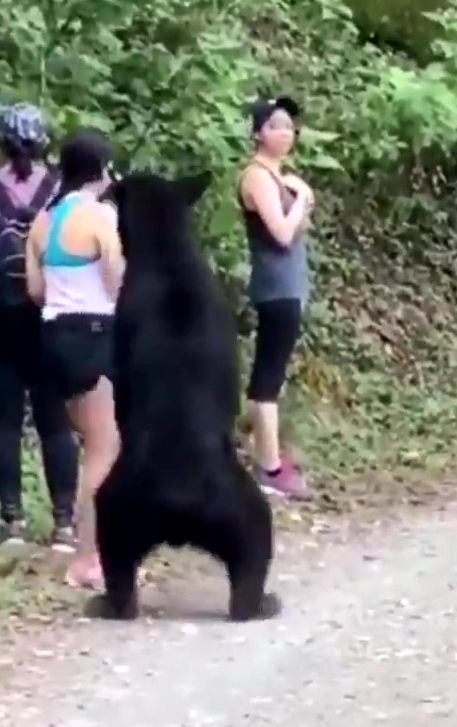 The hikers kept their cool when the curious bear approached them from behind on a trail in Mexico.

The encounter reportedly happened at a popular hiking trail at Chipinque Ecological Park in San Pedro Garza García, according to a person who shared the video.

Footage shows a woman standing very still as a black bear, perched on its hind legs, approaches and sniffs her.

Behind her, two other female hikers manage to remain calm as they watch the bear inspect their friend.

The animal briefly dropped onto the ground, but suddenly lurched back onto its hind legs again and presses himself against the woman.

Meanwhile, the woman quickly seizes the unbelievable moment and pulls out her phone to take a selfie.

As if completely aware, the bear stands just long enough for the picture before dropping back on all fours and lightly swatting at the woman's legs twice.

The black bear then begins to wander away, while the woman and her friends speed out of the area.

One explanation for the bear's calm behaviour is that it appears to have a tag on its left ear, meaning it may be used to human contact.

The shocking moment was shared to social media, where it amassed more than two million views since Saturday.

Former NBA player Rex Chapman shared the video on his page and wrote: 'Oh. my. goodness. She’s a rock. I want this girl in my foxhole…'

The user who shared the video noted that it wasn't uncommon to see black bears in Chipinque Ecological Park, and it's certainly not the first time it was caught on camera.

Last December, two black bears terrified a visitor in the park while sniffing around garbage cans for food. 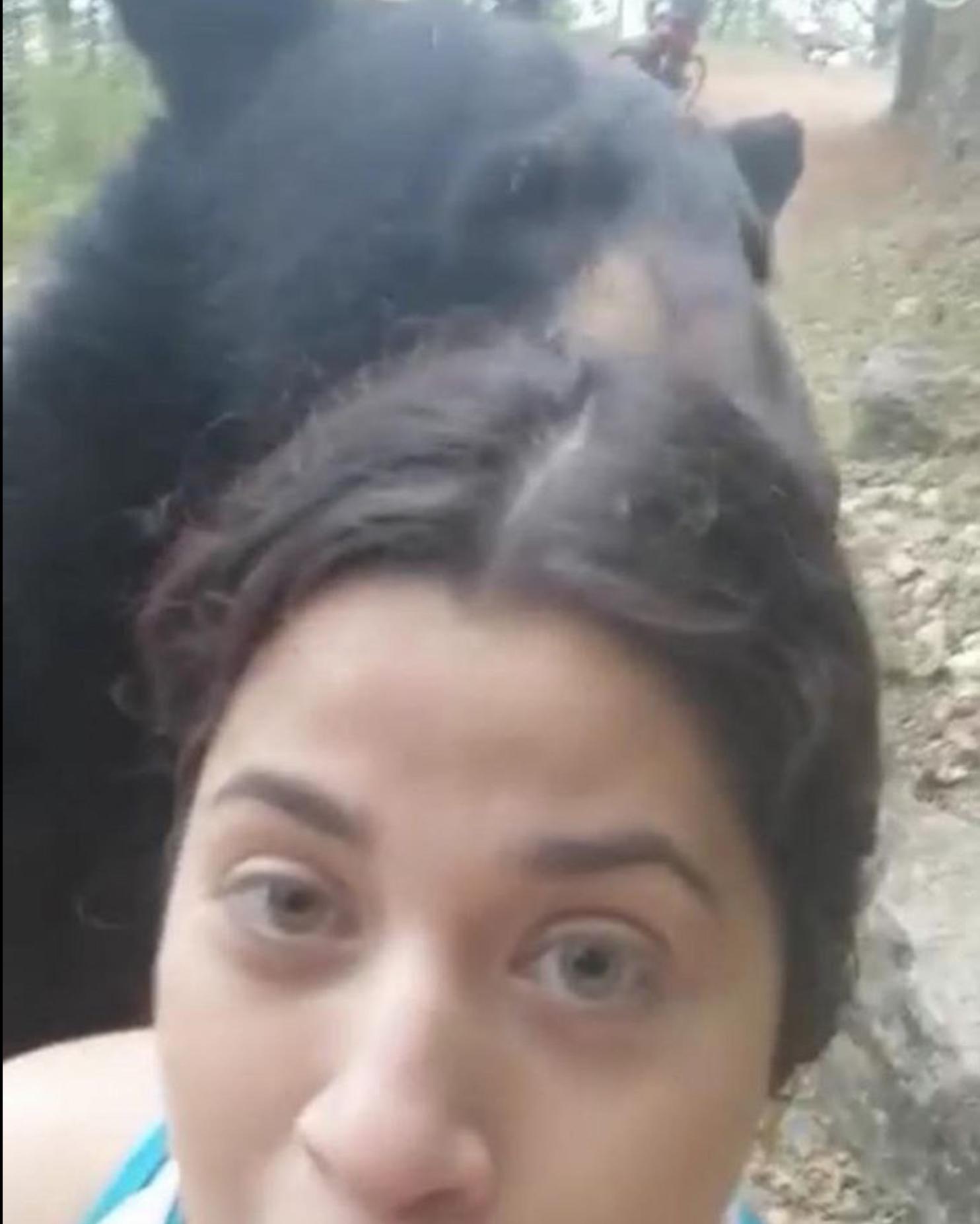 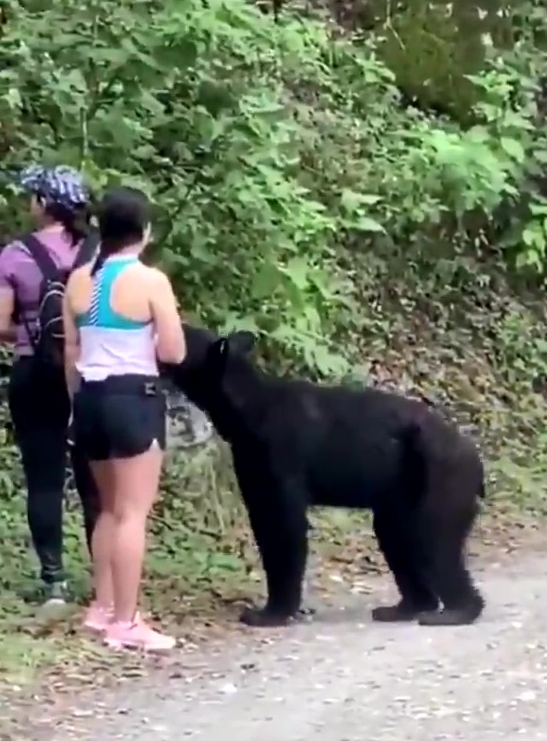