France has limited the sale of nicotine substitutes to avoid stockpiling after research suggested the addictive substance could have the potential to protect people from contracting the coronavirus.

The government said that until May 11, when the country’s lockdown is planned to gradually begin lifting, pharmacies would only be able to sell a maximum of one month’s worth of products treating nicotine dependence, such as patches, chewing gum or lozenges.

The sale of such products online was suspended entirely.

The move was to ‘firstly prevent the health risks from excessive consumption or misuse linked to media coverage of the possible protective effect of nicotine against COVID-19,’ the government said in a statement. ‘Secondly it guarantees continuous and appropriate supply to people requiring medical support to stop smoking.’

It comes after world-famous artist David Hockney last week said he believes smoking could protect people against the deadly coronavirus. 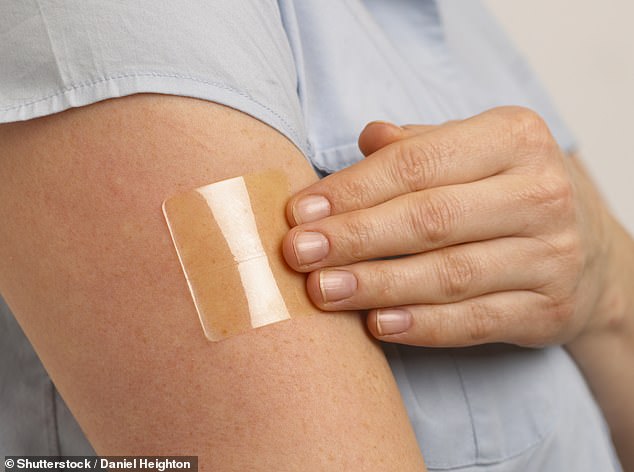 Researchers at a top Paris hospital released a study on Wednesday examining nearly 500 coronavirus patients, finding that only five per cent smoked – far less than the 35 per cent in France’s general population.

The research echoed similar findings published in the New England Journal of Medicine last month that found 12.6 per cent of 1,000 Chinese cases were smokers, compared to 26 per cent of China’s population.

The French researchers are awaiting approval to carry out further trials, including using nicotine patches on health workers at a Paris hospital to see if it protects them against contracting the virus.

The theory is that nicotine could adhere to cell receptors, thereby blocking the virus from entering cells and spreading in the body, said the study’s co-author, neurobiologist Jean-Pierre Changeux from France’s Pasteur Institut. 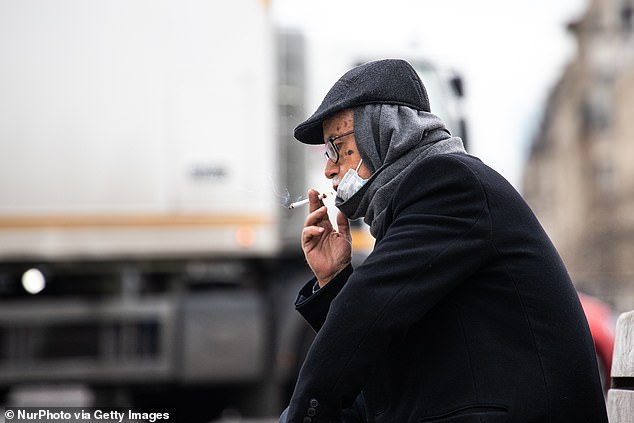 Researchers at a top Paris hospital released a study on Wednesday examining nearly 500 coronavirus patients, finding that only five per cent smoked – far less than the 35 per cent in France’s general population. Pictured: a man wearing a face mask smokes in Paris

French Health Minister Olivier Veran on Friday urged citizens not to rush out and buy nicotine products, telling France Inter radio that there are 70,000 deaths due to tobacco each year in France.

But he called the research ‘interesting’ and said that products similar to nicotine could be developed that could help avoid its ‘addictive effects’.

The French study, performed at Pitié Salpêtrière – part of the Hôpitaux de Paris, used data from 480 patients who tested positive for the virus.

Three hundred and fifty were hospitalized and the remainder recovered at home. 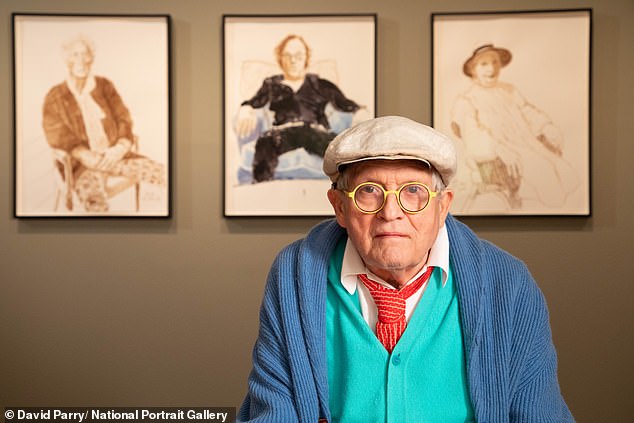 The researchers determined that far fewer smokers appear to have contracted the virus or, if they have, their symptoms are less serious.

One study in China, where the pandemic began, showed only 6.5 per cent of COVID-19 patients were smokers, compared to 26.6 per cent of the population.

Another study, by the Centers for Disease Control in the US, found just 1.3 per cent of hospitalised patients were smokers – compared to 14 per cent of America.

Last week the artist David Hockney wrote a letter to the Daily Mail saying he believes smoking could protect people against the coronavirus.

Mr Hockney wrote: ‘Could it not be that smokers have developed an immune system to this virus? With all these figures coming out, it’s beginning to look like that to me.’

Understandably the claim was brushed off as laughable and ‘rubbish’ by many.

However a leading infectious disease expert at University College London, Professor Francois Balloux, said there is ‘bizarrely strong’ evidence it could be true.

France is one of the European countries hardest hit by the coronavirus, with nearly 22,000 deaths and more than 158,000 reported infections.