A FORT Drum soldier and a 16-year-old boy "kidnapped and killed a 20-year-old Army corporal, who was found buried under snow," lawyers say. 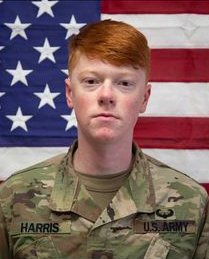 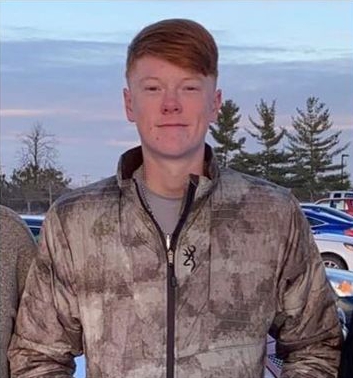 Harris, who was from Guys in Tennessee, was reported missing from the Jefferson County base in upstate New York on December 18 before his remains were found dumped 280 miles from Fort Drum.

On December 19, firefighters in Byram Township, New Jersey, found his body with a gunshot wound to the head in a wooded area near Ross Road after blood and shoes were spotted there.

Cops arrested Brooklyn man Mellish, who is in military custody in Oneida County, while the teen suspect is being held in a juvenile detention facility, lawyers said.

Affectionally known as "Opie," Harris' friends said he grew up in rural TN always dreaming of joining the US Army, the New York Post reported.

In March 2019, he enlisted and was stationed at the NY base since July. 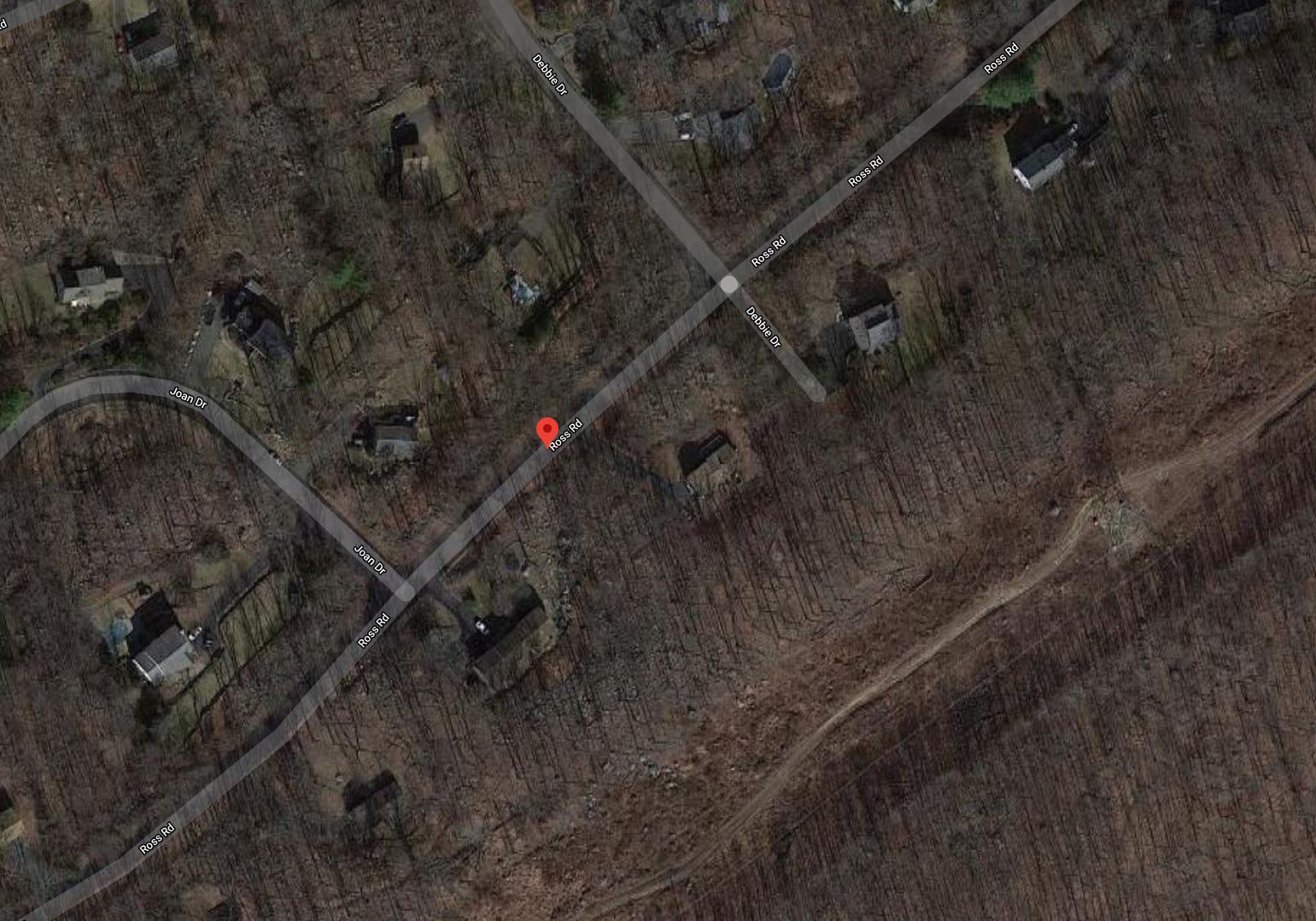 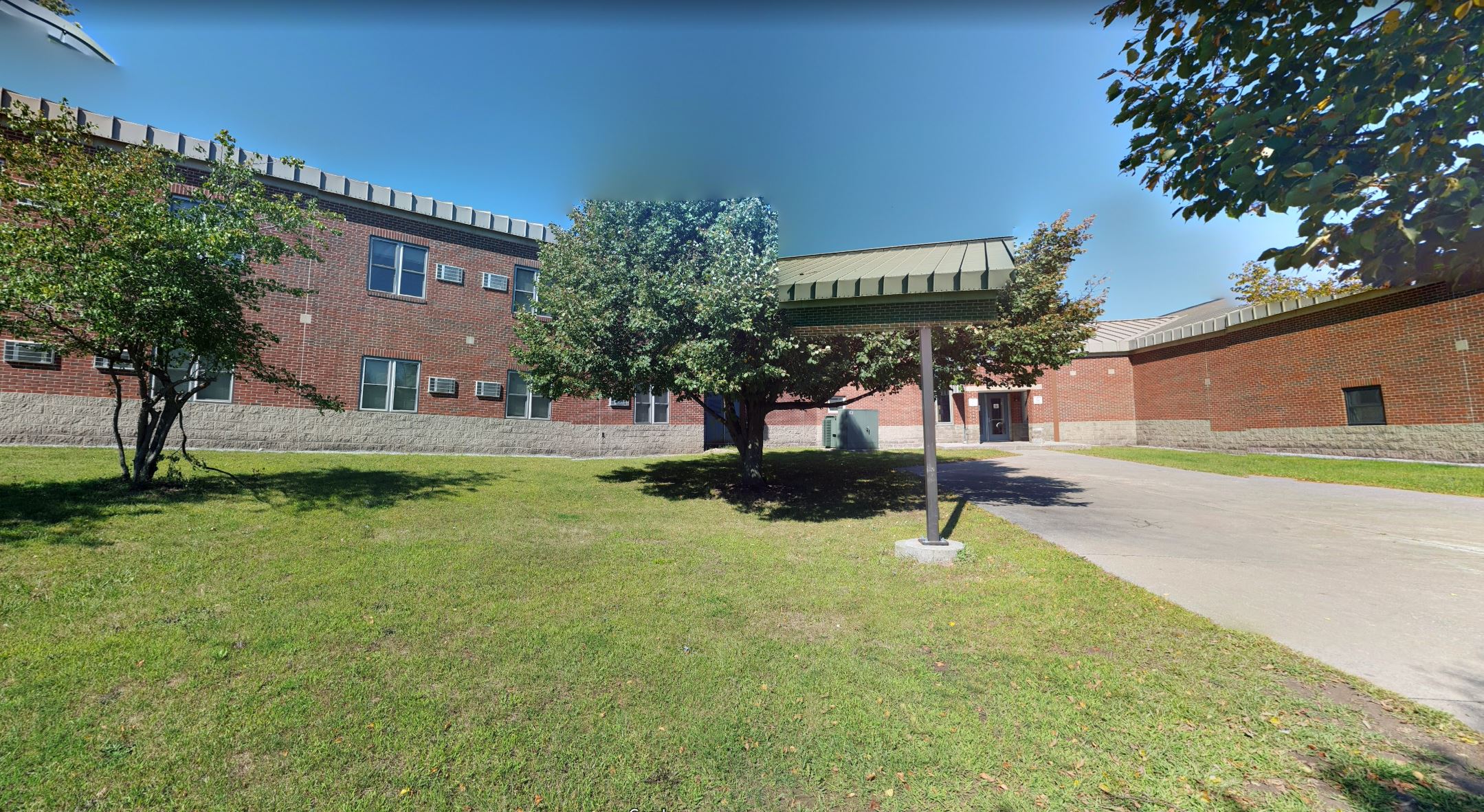 The investigation is ongoing and the motive has yet to be established and confirmed.

He trained Fort Benning, Georgia, before he joined the 10th Mountain Division at Fort Drum in July 2019, reported NBC News.

Following his death, he was posthumously promoted from specialist to corporal. 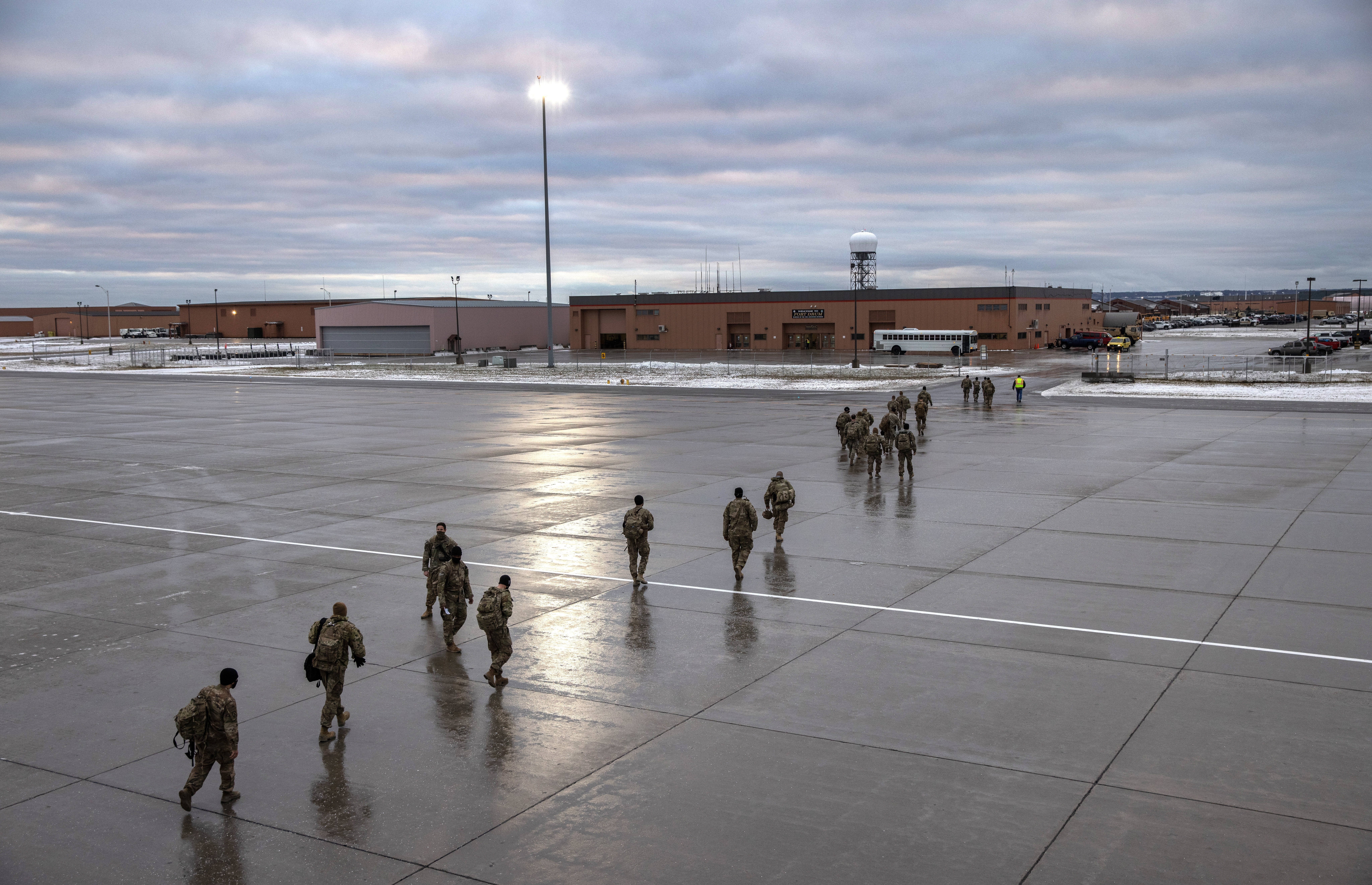 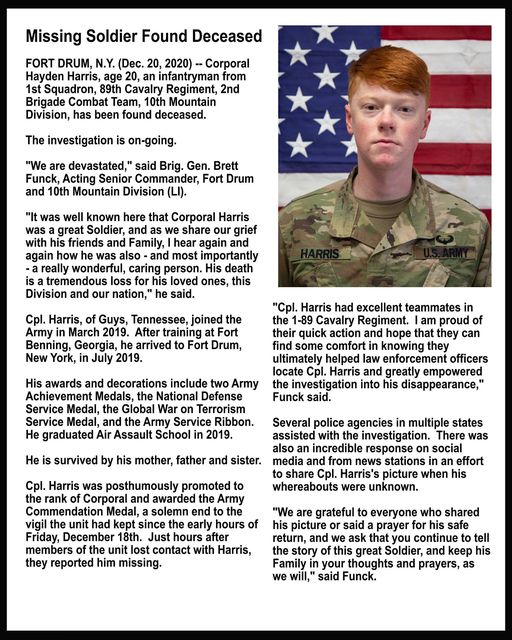 NJ firefighters were on their annual Santa ride through the township when they discovered his body.

First Assistant Prosecutor Greg Muller said that Mellish hasn't been extradited yet and doesn't have attorney listed in New Jersey as of Tuesday.

In a statement posted on Facebook, Brig. Gen. Brett Funck, acting senior commander of the 10th Mountain Division (LI) and Fort Drum, said: "We are devastated". 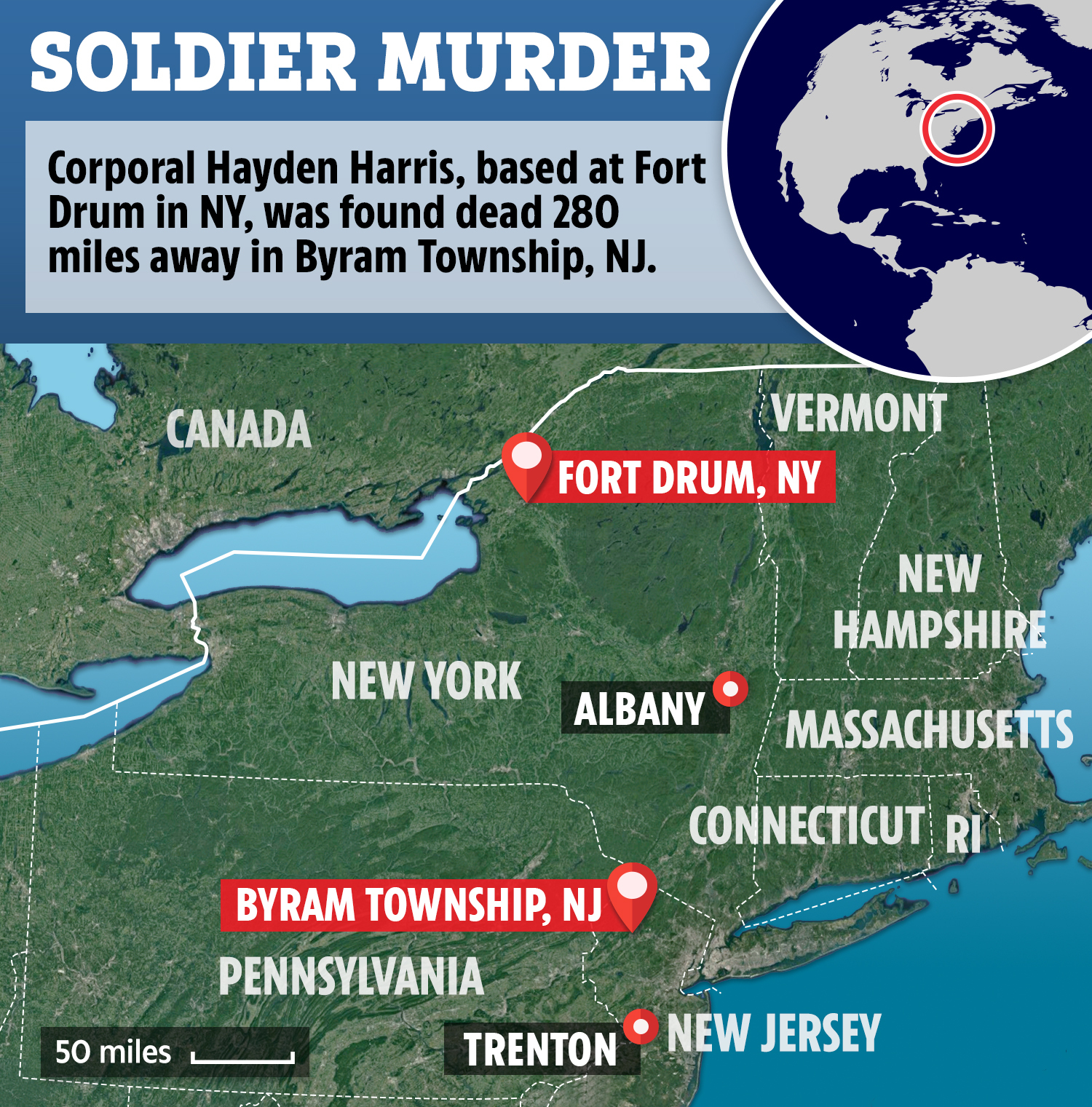 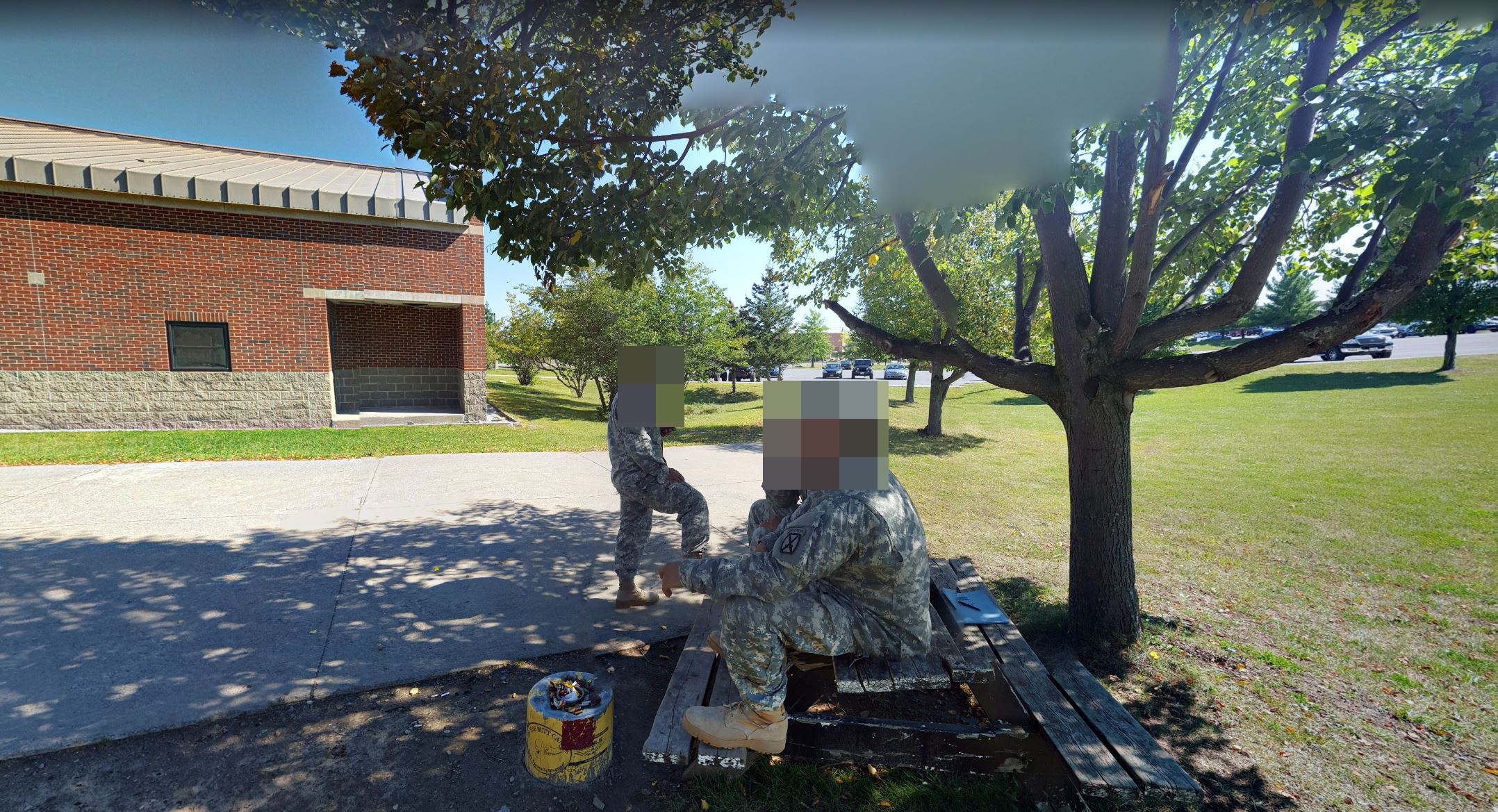 He added: "It was well known here that Corporal Harris was a great soldier, and as we share our grief with his friends and family, I hear again and again how he was also – and most importantly – a really wonderful, caring person.

"His death is a tremendous loss for his loved ones, this division and our nation," Funck added. "Cpl. Harris had excellent teammates in the 1-89 Cavalry Regiment.

"I am so proud of their quick actions and hope that they can find some comfort in knowing they ultimately helped law enforcement officers locate Cpl. Harris and greatly empowered the investigation into his disappearance."

It said: "We are sad to report that Hayden Harris has been found deceased, our thoughts and prayers are with Harris's family and friends.

Harris is survived by his mother, father and sister.