The Grammys just got a little more star power!

The second round of performers set to take the stage at the 64th Grammy Awards in Las Vegas on April 3 will include Foo Fighters, H.E.R., Chris Stapleton, Nas, and Jon Batiste, who has the most nominations heading into the night.

RELATED: Grammy Awards 2022: Everything to Know About Music's Biggest Night

Batiste is the most-nominated artist with 11 nods, including record of the year, album of the year, best R&B album, and best music video. 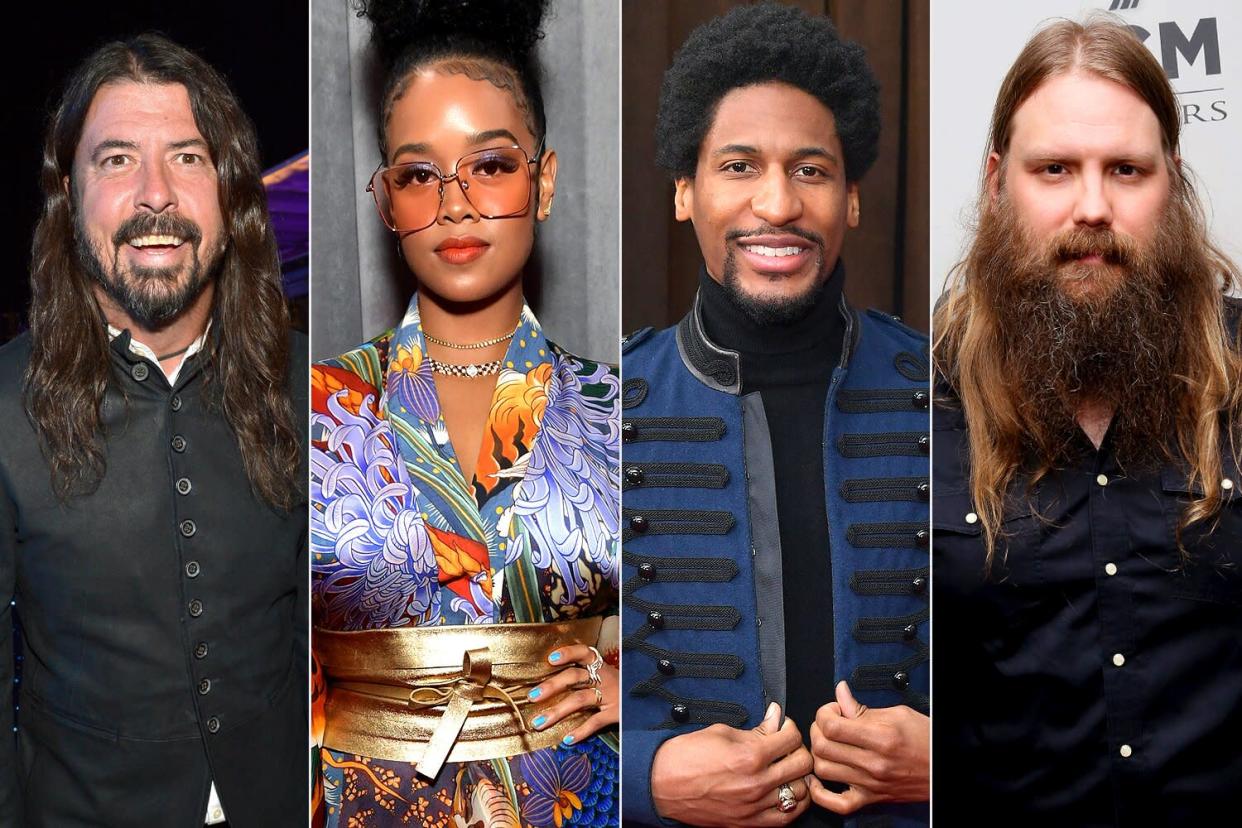 H.E.R., meanwhile, has eight nominations, including album of the year, and song of the year. Foo Fighters are nominated three times — best rock performance, song, and album — as is Stapleton, who is up for best country album, song, and solo performance.

Nas is nominated for best rap song and best rap album, while Odom has two nominations and Platt has one.

This year's show, which was originally scheduled for January in Los Angeles before being postponed amid a surge in COVID cases, will be hosted by Trevor Noah for a second consecutive year.

The Grammys are airing live from MGM Grand Garden Arena in Las Vegas starting at 8 p.m. ET on CBS, and streaming and on demand from Paramount+.