A father worried that his young daughters will be exposed to Covid-19 after returning to school has lost a legal battle with his ex-wife to stop them going back.

The father, who cannot be named for legal reasons, told the key-worker mother of his two daughters that he was unhappy they had gone back to school last week.

The couple have been sharing custody of their children, aged ten and eight, for the past eight weeks during lockdown.

Their mother, aged in her 40s, returned to work in a primary school last week and sent her daughters back to their own school, which is not the one where she works. 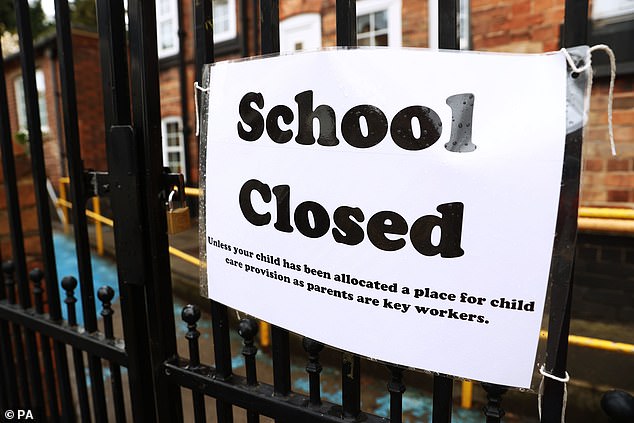 A father, 53, is worried that his daughters, eight and 10, are being exposed to Covid-19 after returning to school has lost a legal battle in Portsmouth Family Court, Hampshire with his ex-wife to stop them going back. Pictured: West Bridgford Infants School in Nottingham

His ex-wife applied to a family court for their custody arrangements to be amended so she could ensure they attended.

The father tried to oppose the move this week during a video hearing, held via Zoom, before a judge at Portsmouth Family Court, Hampshire.

He said he would be happy to look after the children at his home while their mother worked.

But he lost his bid and the court reverted back to the couple’s prior custody arrangement, giving the mother primary custody of the children. 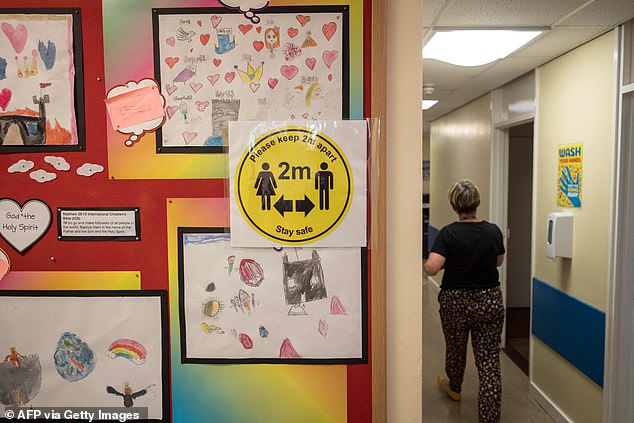 The father says his oldest daughter is ‘very concerned’ about returning to school during the coronavirus pandemic. Pictured: Slaithwaite C of E Junior and Infant School in Slaithwaite, near Huddersfield, Yorkshire

The father from Hampshire said: ‘I was horrified.

‘I would have hoped that a family court judge, who is there to protect the interests of the children, would put the children’s safety first.

‘But he said he wasn’t going to get involved with government advice, and agreed to go back to the original custody agreement – knowing full well she wanted them to go back to school.

‘It’s shocking. My children are really upset. After eight weeks they’ve come to understand about social distancing, and my eldest, who is ten, is very concerned.

‘How is a child supposed to understand that they can be in school and see their friends during the day, but then after that they can’t go and do other activities?’ 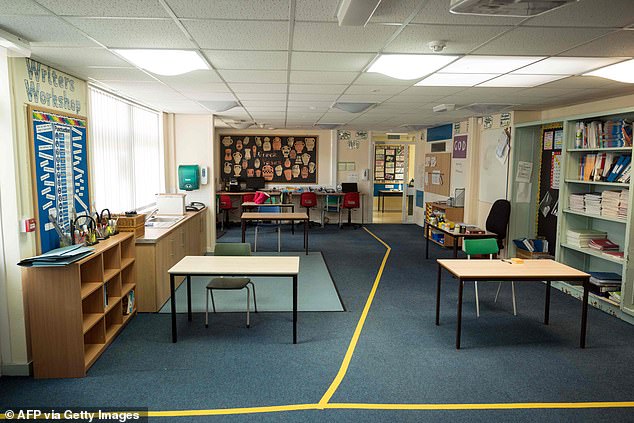 The father, who also has two stepchildren from his second marriage, says his current wife is also a key worker but they are not sending her children back to school.

He said: ‘It seems stupid to send them back, it’s absolutely crazy. I’m happy to have them safe at home with me, and doing schoolwork and homework here.

‘The school have told me they don’t want my children to come back. If they have a safe house they could be at, the school would rather they stayed there.

‘But the school can’t do anything. They’ve been directed by the government that they have to allow all the children of key workers to come back into school.

‘The Secretary of State himself has stood up and said that he is not sending his children back to school. If his children aren’t going, why should mine?

‘It’s putting the government’s needs above my children’s needs.’ 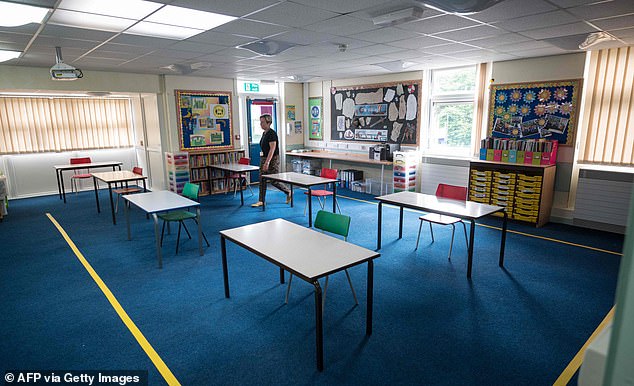 The father, who also has two stepchildren from his second marriage, says his current wife is also a key worker but they are not sending her children back to school

With the court’s ruling to go back to the couple’s original 60/40 custody split, the dad will now only be able to see his daughters one day a week, as well as every other weekend and for half of school holidays.

The father, who had to apply for a £9,000 coronavirus Bounce Back loan to support his business during the lockdown, spent £4,000 on the 20-minute court hearing.

He said he and his ex-wife had a ‘horrible’ divorce in 2014, and said yesterday: ‘She is just doing this to hurt me.

‘I was told by the judge I had to hand over my children to their mother by this morning or I would be in contempt of court.

‘I took the decision with a really heavy heart – because I didn’t want my kids to see the police getting involved.’