EXCLUSIVE Fury as eco influencer, 29, who lectures others on how to save the planet filmed herself trampling over BLUEBELLS for Instagram post

An eco influencer who lectures others on how to save the planet has sparked fury after filming herself for an Instagram post – trampling all over bluebells.

Alice Aedy, 29, a full time eco film maker and campaigner, ignored signs to walk all over the woodland flowers while being filmed for a social media post about the environment.

Ms Aedy who proclaims herself as a ‘climate and social justice’ campaigner, shows off her ‘Choose Earth’ T-shirt and is recorded saying: ‘We are here in the most beautiful [woods] just outside London, to celebrate Earth Day.’

She is then filmed going off the designated path in the private woodland in Chalfont St Giles Buckinghamshire where she and a friend then walk right across swathes of bluebells.

The pair were attending an al fresco dinner event in the woods to celebrate ‘Earth Day’ last Saturday. 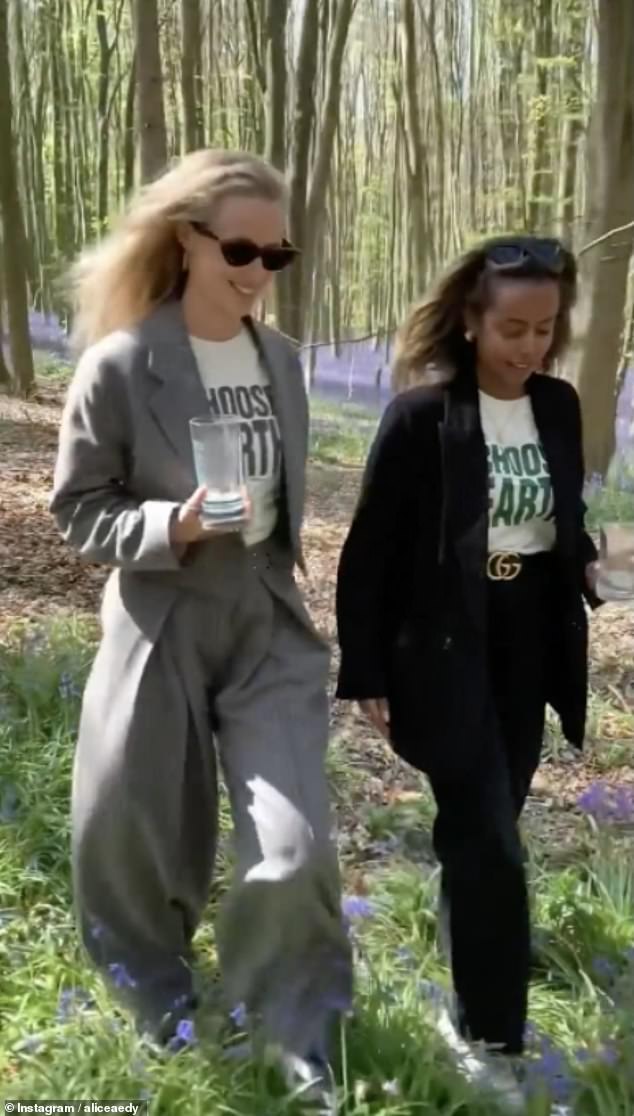 Eco activist Alice Aedy (left), 29, filmed herself along with a friend walking over bluebells in a Buckinghamshire forest while promoting an Earth Day celebration 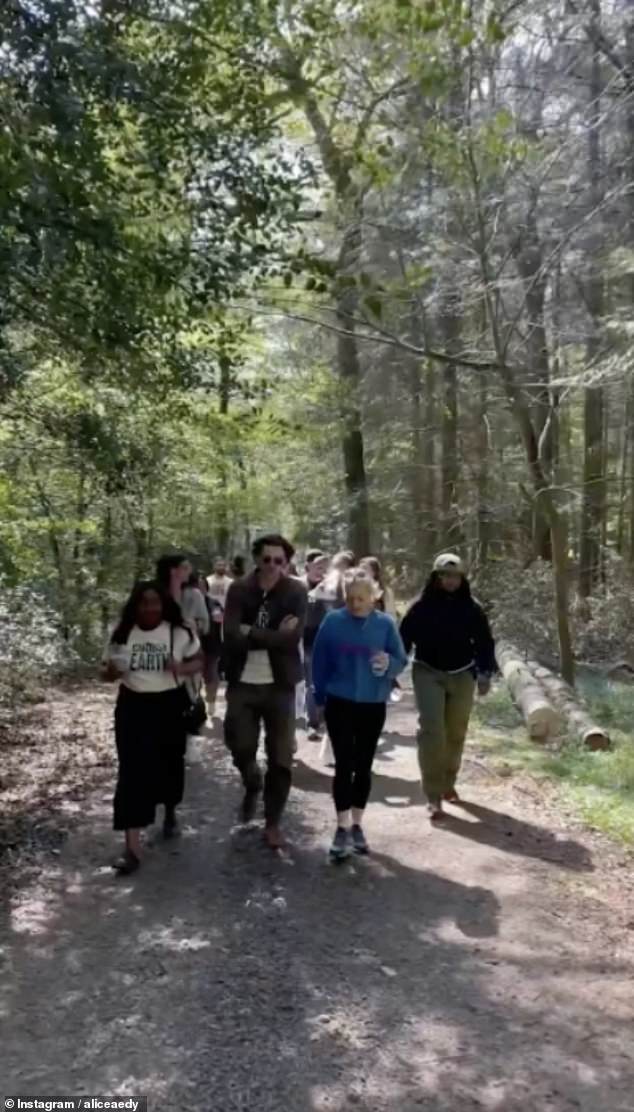 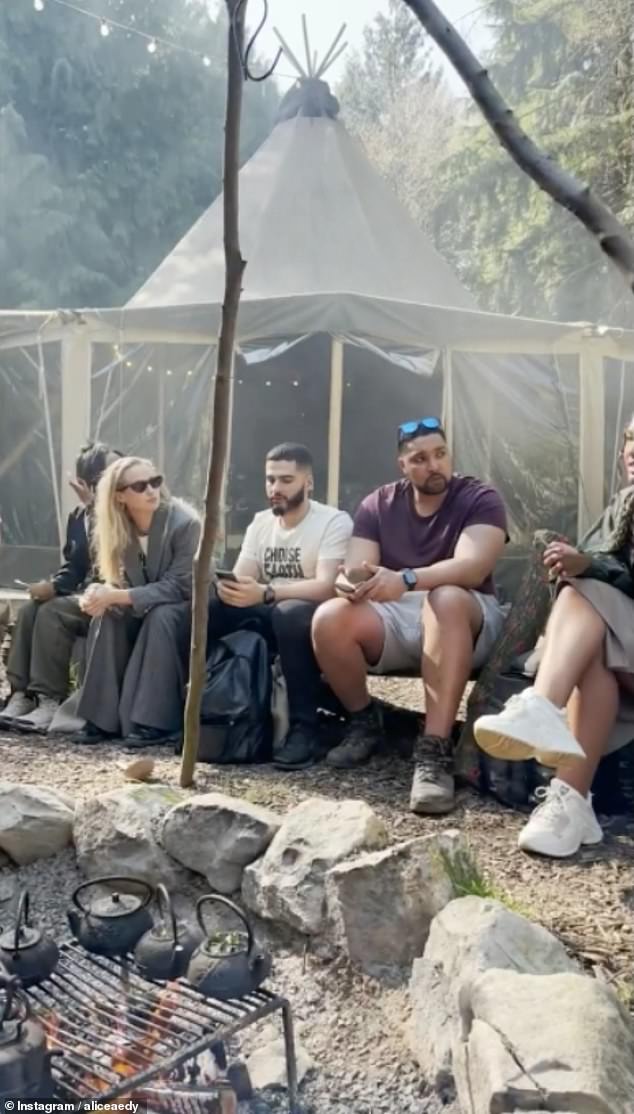 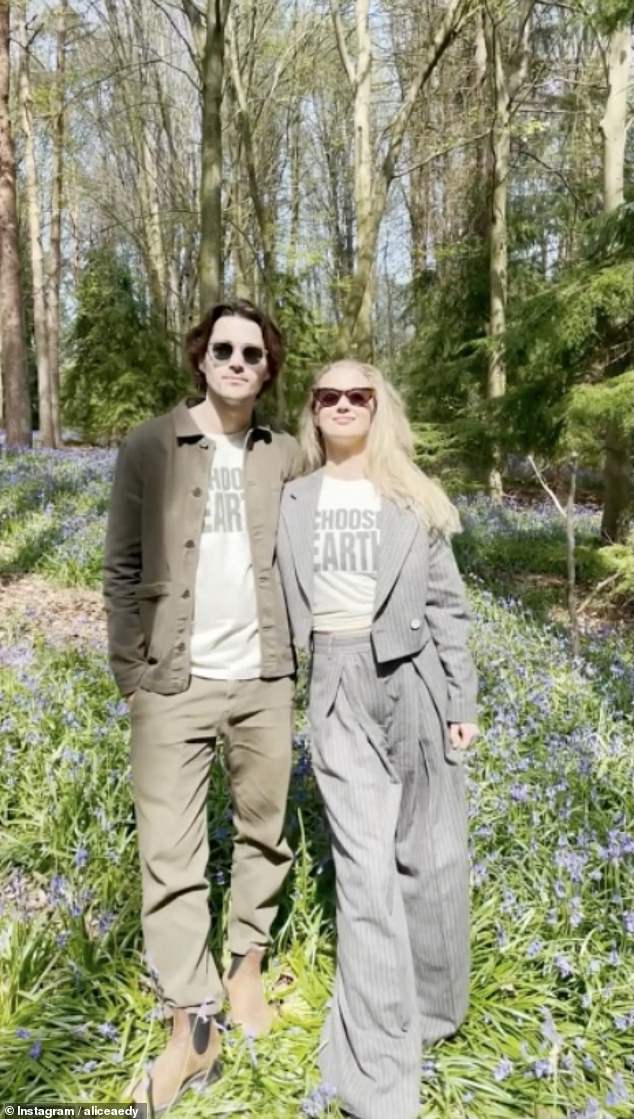 The film maker trampled over the protected flower, despite signs asking people to stick to the path

The function was catered by a firm called Nomadic, a business which stages outdoor dinners.

A source told MailOnline that when Ms Aedy was seen walking on the flowers she was reprimanded by others at the event.

‘No one could believe she was walking across the bluebells. She was immediately told off by others present and she said sorry and it seemed to be the end of the matter,’ the source said.

Despite this Ms Aedy went on to post the footage on her Instagram – and reproduced versions of the video caused widespread indignation when shared on Facebook prompting Ms Aedy to later issue an apology.

Ms Aedy, whose motto is ‘Choose Earth’ wrote: ’I recently visited Woodland full of bluebells, one of the most beautiful things I’ve seen in a long time.

‘At the time I had no clue they were an endangered species. I walked through the woodland, taking photos, not knowing the plants will take years to recover after walking through them.

‘Lots of campaigners are working tirelessly to raise awareness about these precious plants and improve the signs to let people know not to travel on them.

‘I want to thank them, and apologise. Now I know I’ll never walk over them or take them for granted.

‘Since posting this I’ve learnt that bluebells are an endangered species and at all costs should not be stepped on.

‘Campaigners are working tirelessly to bring attention to this precious species and improve signage’.

Ms Aedy ended her apology with a heart emoji. 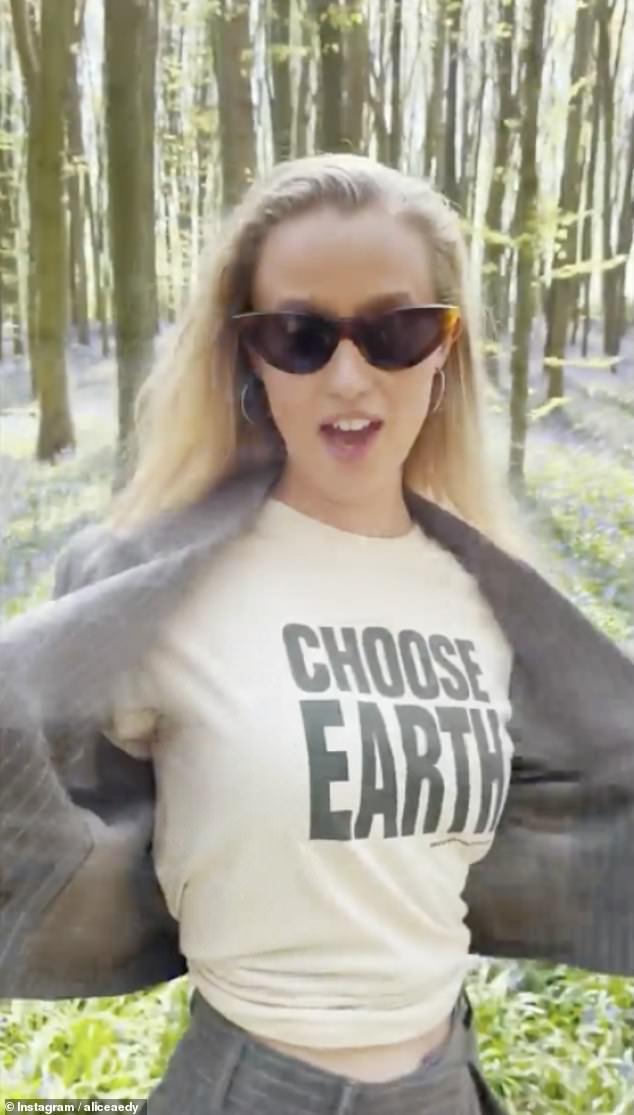 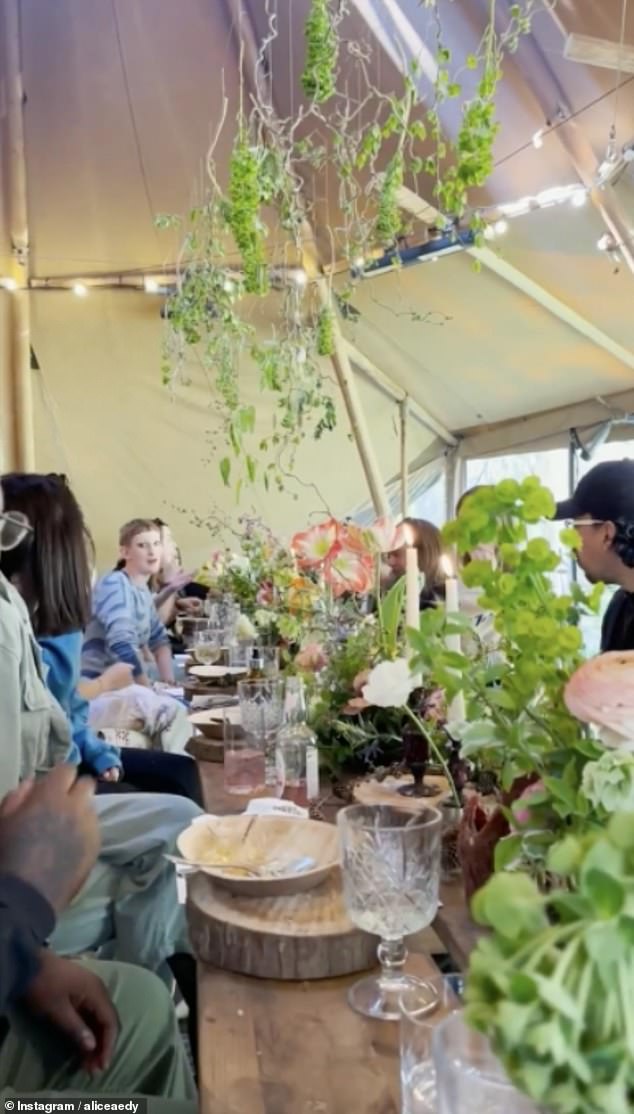 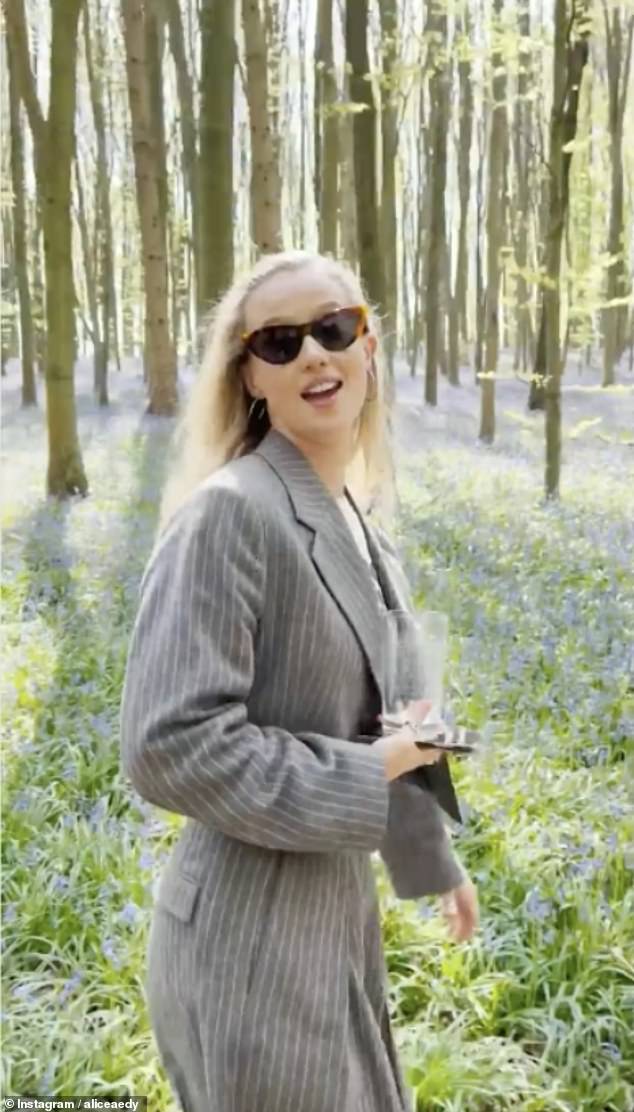 Bluebells, which generally spring to full bloom around late March and into April are protected under the Wildlife and Countryside Act of 1981.

The law forbids their destruction including the digging up plants or bulbs in the countryside and landowners are prohibited from removing bluebells from their land to sell.

Ms Edy, 28, a documentary and film maker later apologised twice on Instagram after receiving a barrage of complaints, but removed the facility where people can comment or complain.

Many of the complaints on Facebook were from locals around Wanstead Park who wrongly believed the footage had been filmed there.

One wrote ‘Is this really worth damaging our environment for? All this Instagram b***** is so boring and narcissistic’

Conservation volunteer Alan James, 75, who helps build pathways so people can walk around bluebells without damaging them, said: ‘It is disgraceful that anybody would walk across these to make a video. They just kill the flowers and leave a trodden path through them. They will never grow back.

‘The vast majority of people come to enjoy them and their beauty. But there are people who selfishly walk across them and destroy them.

‘Volunteers work very hard to remove bramble from them in the winter so that they can bloom again in the spring.

‘We lay the paths and put timber along them to keep people off the Bluebells. We have to go on protecting these from destruction.’

On her website Ms Aedy is described as ‘the co-founder of Earthrise, a media platform communicating the climate crisis, leading innovative partnerships with Choose Love, Stella McCartney and Penguin Classics.’

She didn’t respond to approaches from MailOnline for a comment.