Elizabeth Holmes, one of Silicon Valley's most celebrated and vilified startup founders, is scheduled to appear in court in San Jose on Friday for a sentencing hearing where she’s expected to learn whether she’ll go to prison for defrauding investors out of hundreds of millions of dollars.

Holmes, who was found guilty in January of three counts of wire fraud and one count of conspiracy related to her now-defunct blood-testing venture Theranos, faces up to 20 years in prison, up to $1 million in fines, and nearly $804 million in restitution.

But criminal law experts say Holmes, 38, is unlikely to receive a sentence anywhere close to 20 years because under sentencing guidelines, the district court judge has wide latitude to consider mitigating factors that decrease her sentence.

“So the judge has pretty broad discretion to depart almost entirely from [the guidelines] if he chooses to do so,” Keri Axel, a criminal defense attorney at Waymaker LLP, told Yahoo Finance, explaining Judge Edward Davila can consider factors in Holmes’ favor such as her lack of prior criminal history and that the investors were primarily wealthy individuals and corporations, as well as those that work against her such as patients who received faulty blood test results. 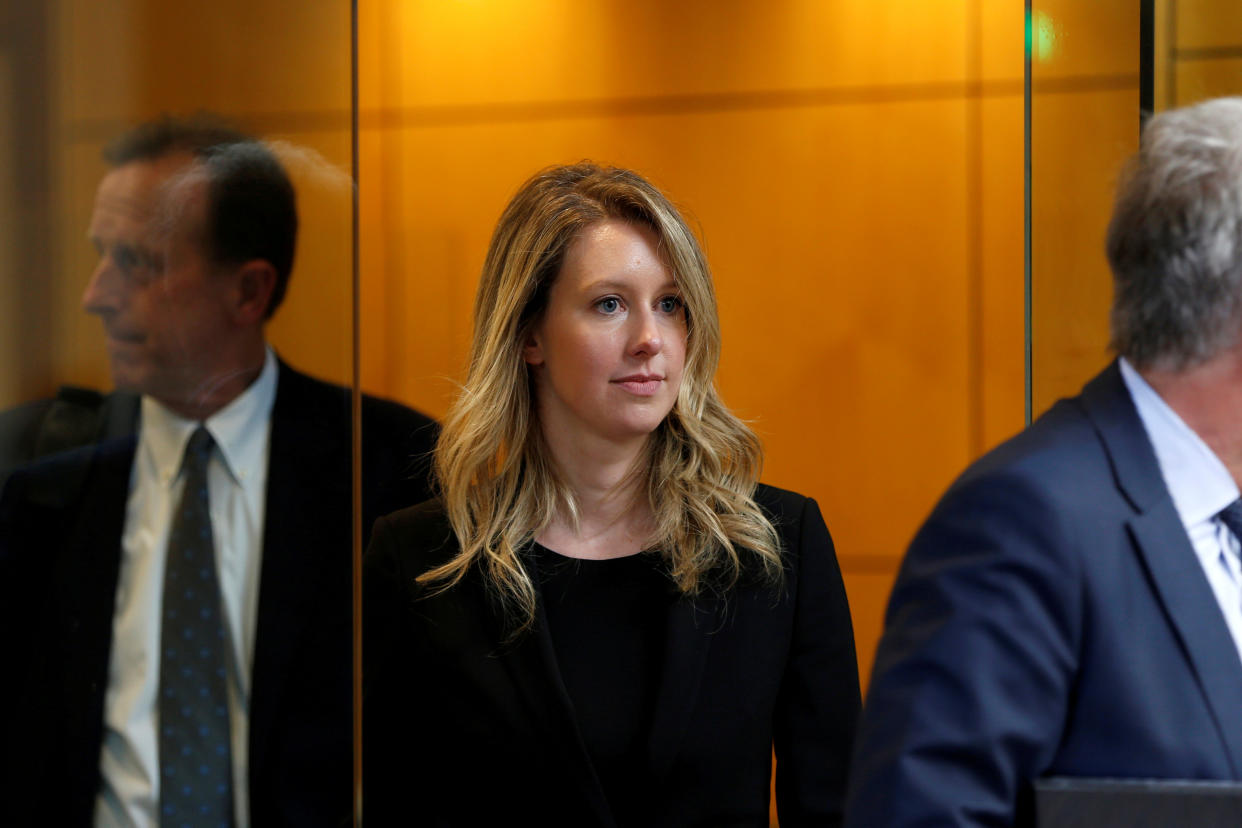 At its peak, Theranos, which Holmes managed as CEO and promised would revolutionize healthcare, was valued at $9 billion, making Holmes at the time the world’s first self-made female billionaire.

Holmes also falsely told potential investors that the the diagnostics company’s technology had been comprehensively validated by multiple major pharmaceutical companies, and that her “Edison” testing device was deployed overseas by the Department of Defense to treat wounded soldiers. Holmes also held out Theranos as a profitable company.

In separate court documents submitted in advance of Friday’s hearing, Holmes’ attorneys and the prosecutors who secured convictions against her, argued for widely different penalties.

Government attorneys asked Judge Davila, who presided over the case and will determine Holmes’ fate, to sentence the former CEO to 15 years in federal prison, plus three years of supervised release. Holmes’ lawyers on the other hand asked for Davila to spare her from any time in prison, and instead sentence her to 18 months house arrest. 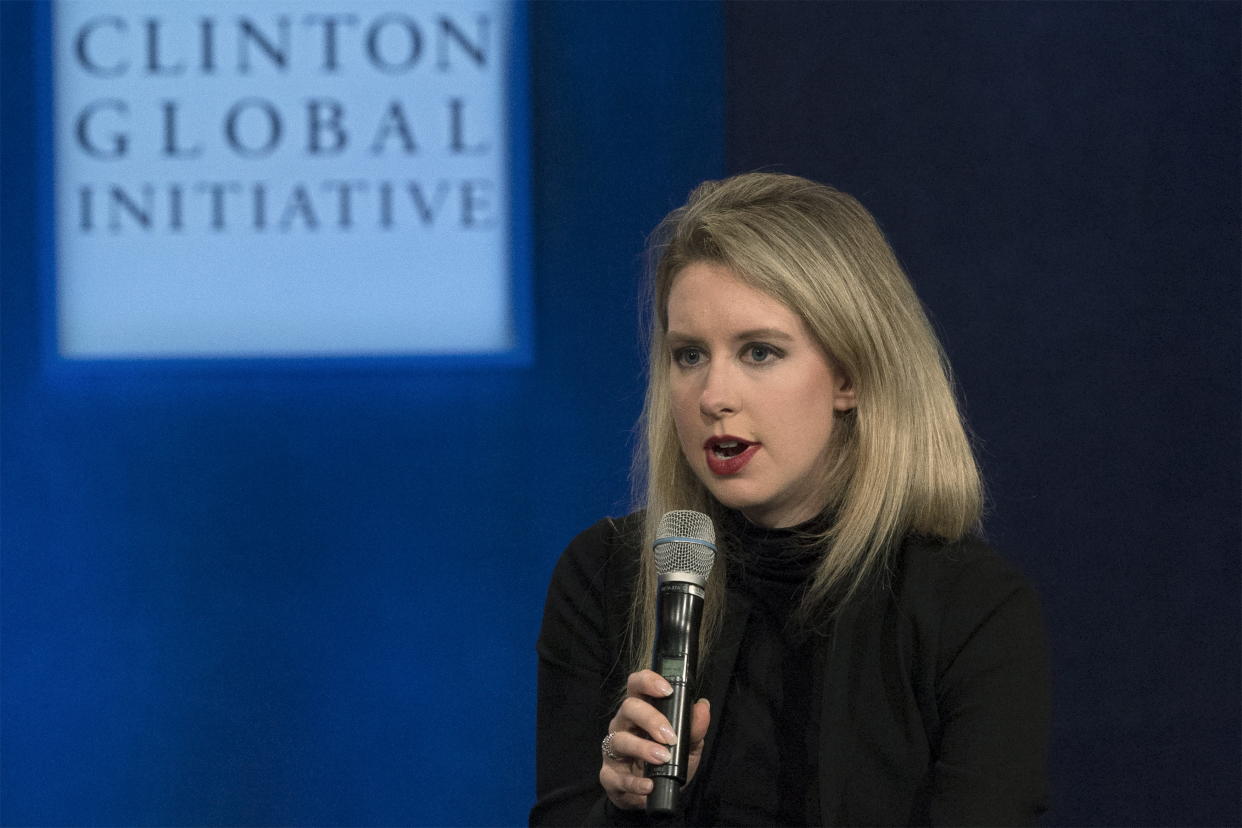 Prosecutors are also asking Davila to require Holmes to repay $803,840,309 to her individual investors as well as Theranos’ corporate investors, Walgreens and Safeway.

“Over the course of many years, Elizabeth Holmes defrauded dozens of investors of hundreds of millions of dollars,” prosecutors wrote in a sentencing brief. “She preyed on hopes of her investors that a young, dynamic entrepreneur had changed healthcare.”

Prosecutors said that Holmes, blinded by her ambition, risked the lives of patients who received faulty Theranos tests, and prioritized deceit that brought her “spectacular fame, adoration, and billions of dollars of wealth.”

“She stands before the Court remorseless. She accepts no responsibility. Quite the opposite, she insists she is the victim,” prosecutors wrote in their filing.

Holmes' lawyers countered those contentions in a responsive filing, saying that she should be spared the type of strict sentence that have been handed down to white-collar criminals like former Enron CEO Jeffrey Skilling who walked away with sizable financial fortunes.

The former Theranos founder “advanced health care accessibility through Theranos; she built a real company with real value; she did not cash in her stock despite opportunities to do so; she acknowledged and sought to address the many errors that she and others at the company made; and she has made efforts outside Theranos to help others," the memo states.

Holmes will be given an opportunity to make a statement in court. The judge may also permit victims of Holmes and Theranos to speak about how they were impacted by the fraudulent actions.

"And then the judge will issue a ruling, probably then, right there," Cole Schotz criminal defense attorney Michael Weinstein said.

If Judge Davila sentences Holmes to a prison term, she could be immediately taken into custody. Alternatively, her lawyers may request, though are not guaranteed, additional time to report to custody. The lawyers said that Holmes, who is pregnant with her second child, could be permitted time to give birth before she's required to submit to incarceration, if she's ordered to serve time.

Holmes’ codefendant Ramesh “Sunny” Balwani, who served as Theranos’ chief operations officer and was Holmes’ boyfriend during the time she ran the company, was convicted of similar criminal fraud charges in connection with his role at Theranos. A separate jury in July returned guilty verdicts against Balwani on 12 counts of wire fraud and conspiracy.

Theranos ultimately collapsed in the wake of a 2015 Wall Street Journal report that revealed the company was not in fact conducting the array of blood tests from a finger prick of blood as Holmes had promoted.

Friday’s hearing is scheduled to begin at 1 p.m. Pacific Time.

For tutorials and information on investing and trading stocks, check out Cashay