As a grandmother herself, she’s used to reading riveting bedtime stories to youngsters.

But the Duchess of Cornwall got to test out her listening skills at Clarence House when she was treated to a selection of fantastical tales – read by schoolchildren.

The 74-year-old is the patron of charity Silver Stories, where children read to the elderly over the telephone to alleviate loneliness. 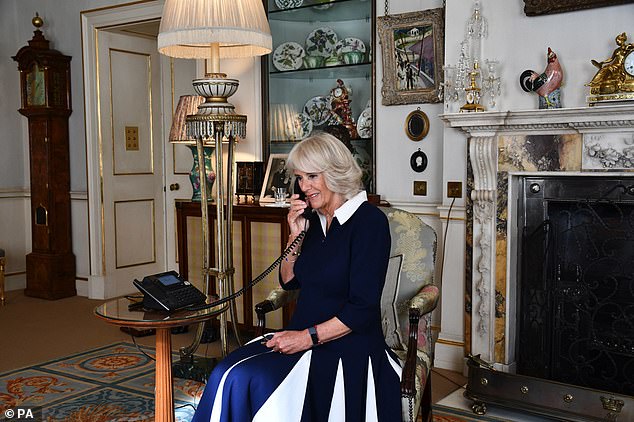 PAGE TURNER: The Duchess, 74, listens at Clarence House to a selection of bedtime stories read by schoolchildren as part of the Silver Stories’ reading programme

One of the first tales Camilla heard was The Ice Monster by David Walliams, which was read by 11-year-old Ollie, from Cornwall. The Duchess said: ‘Oh, I’ve read that quite a lot of times with my grandchildren. It’s a very good book, isn’t it?’

After chuckling during the passage about ‘the evil old boot Mrs Curdle’, Camilla, who has five grandchildren and five step-grandchildren, told Ollie: ‘That was absolutely brilliant.’

Speaking to another reader, Teagan, ten, the Duchess said: ‘When you are sitting by yourself, you get a bit lonely, don’t you? But it must be so cheering for them to hear your voice reading these lovely stories.’

The charity was set up by Elisabeth Carney-Haworth, 63, a former head teacher, and her husband David, 61, a former police sergeant, in response to the Covid crisis. 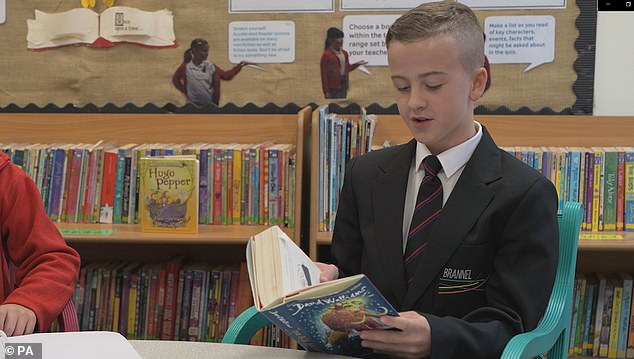 One of the first tales Camilla heard was The Ice Monster by David Walliams, which was read by 11-year-old Ollie, from Cornwall, (pictured) which Camilla said she had read to her grandchildren ‘quite a lot of times’ 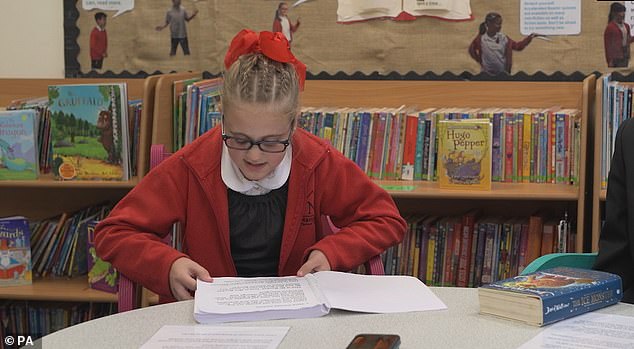 Speaking to another reader, Teagan, ten, (pictured) the Duchess said: ‘It must be so cheering for them to hear your voice reading these lovely stories’

The couple were previously awarded OBEs for transforming the way that the police report domestic violence cases to schools, so teachers can better support affected children.

The charity currently has eight schools involved with it and is looking to expand.

During a phone call to pupils involved in the scheme, the Duchess, a book lover who has long championed reading schemes, said: ‘I am sure you help the older generation so much by reading to them.

‘It must cheer up their days. So, thank you very much, you’re doing a great job. Be good and keep reading.’