Driver, 19, avoids jail for killing her 16-year-old cousin in car crash after judge says she had made ‘the greatest apology’ possible to dead girl’s family by pleading guilty

A teenage driver who caused the death of her 16-year-old cousin in a horror crash has been spared jail after a judge told her that pleading guilty was the ‘greatest apology’ she could make.

Lucy Barnes, 19, killed her cousin Millie Phillips, who had been a passenger in the back of her black Vauxhall Corsa, when she incorrectly pulled out onto the A5 in Bugbrooke, Northhamptonshire, into the path of car travelling at 60mph.

The teenage victim was rushed to University Hospital Coventry, where she was sadly pronounced dead from her injuries the following day.

Barnes previously pleaded guilty to causing death by careless driving and avoided jail as she was sentenced at Northampton Crown Court today. 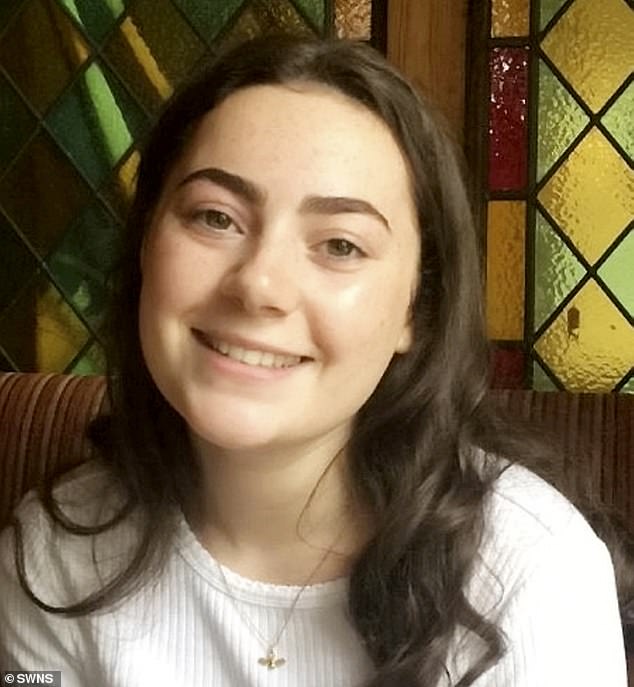 Millie Phillips, 16, who had been a passenger in the back of her cousin’s black Vauxhall Corsa, died after her cousin Lucy Barnes, 19, incorrectly pulled out onto the A5 in Bugbrooke, Northamptonshire

She was handed a 12 month prison, sentence suspended for one year. She will also carry out 200 hours of unpaid work and was banned from driving for three years.

Sentencing, Judge Rupert Mayo told her there was ‘no greater apology’ she could make to the victim’s family than admitting her wrongdoing in court.

He said: ‘Nobody should think that any penalty I impose is in anyway a reflection of that life’s value, because her life was beyond value… She was such a precious person.

‘In any case involving the death of a young person, there’s nothing this court can do to bring that person back.

‘You have offered the greatest apology you can to the family by accepting criminal responsibility.’

The court heard, Barnes, of Bugbrooke, was on her way to a garage in Weedon, Northamptonshire, with her cousin and 15-year-old brother William at the time of the crash on September 25, last year.

Barnes – who was 18 at the time – incorrectly pulled out onto A5 at the Bugbrooke junction into the path of a red Vauxhall Astra travelling at 60mph.

Millie died despite the efforts of other members of the public to provide first aid at the scene before paramedics arrived and rushed her to hospital.

Barnes and William were taken to Northampton General Hospital where they were later discharged. 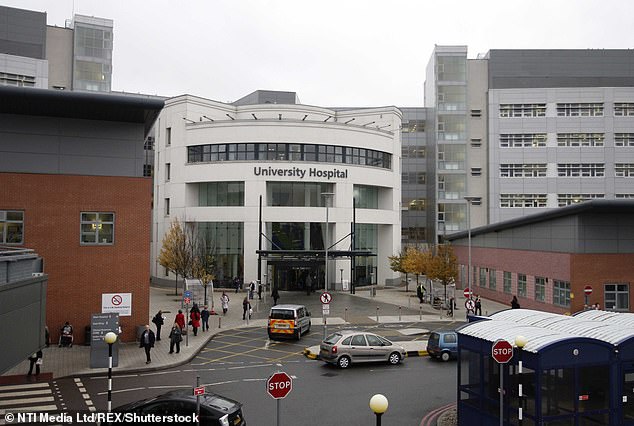 The driver of the other vehicle involved in the collision suffered fractures to his vertebrae and other bones.

Following her death, Millie’s family paid tribute to her in a statement and called her ‘the perfect daughter.’

They said: ‘Our Millie was a beautiful, confident, fun-loving young lady who appreciated everything in life.

‘At 16 years-old, she lived life to the full, making the most of each and every day and always making memories with lots of trips and holidays.

‘She was the perfect daughter and sister who was greatly loved by all – living every day with a smile on her face, she made the most out of her life and was very popular amongst friends.

‘Millie had the world at feet and so much potential to do whatever she wanted in life.

‘There are no words to describe the pain of losing your child and Millie will forever be in everyone’s hearts. Her loss has left a massive hole in so many lives.’

Detective Constable Ady Tredwell, from Northamptonshire Police’s Serious Collision Investigation Unit, said: ‘This has been a tragic case and nobody is going to be able to bring back Emillia who was just 16 at the time of this awful crash.

‘This has been a harrowing year for the families of both the victim and the driver, but I do hope today’s verdict will bring some closure for all concerned.’