Soft-on-crime district attorneys across the country are to blame for a spike in violent crime – not firearms, a former federal prosecutor told Fox News Digital.

“Guns don’t commit crimes, neither do knives and hammers, people do,” said Charles Stimson, now a senior legal fellow at the Heritage Foundation, a conservative think tank. “It’s a red herring to focus on guns rather than the harder issue of how to enforce the law fairly and hold criminals accountable.”

During a visit to New York City last week, President Biden said he would help Mayor Eric Adams get illegal guns off the streets to combat cresting violent crime. Stimson blamed much of these increases on progressive district attorneys who have weakened consequences for a range of serious crimes in mostly Democratic-run cities.

“It is not true that crime is rising in every big city — it’s true that it’s rising in cities that have elected rogue prosecutors,” Stimson said, specifically highlighting the policies of George Gascón in Los Angeles, Chesa Boudin in San Francisco, Kim Foxx in Chicago, Larry Krasner in Philadelphia and others. 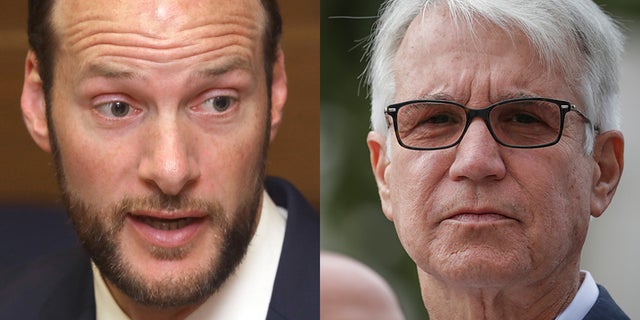 They have all argued that most misdemeanors should not be prosecuted, lobbied for lighter sentences for serious felonies and pushed for the elimination of cash bail.

The result has been mass shoplifting, open prostitution, drug markets and, in many cases, record numbers of shootings and murders, he said.

Stimson, who formerly worked as an Assistant US Attorney in D.C., contended that giving a pass on lower level crimes breeds more serious misconduct. 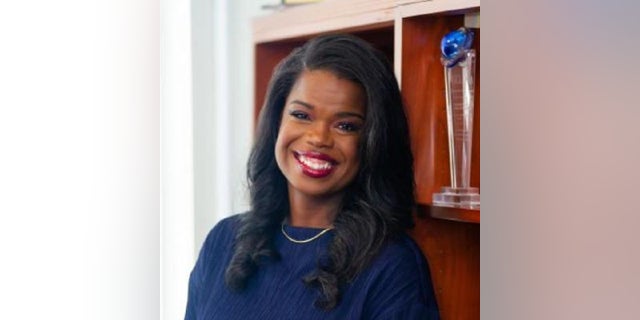 There were 48 homicides that same year in San Diego under DA Summer Stephan, who he called a more law-and-order Democrat.

Jeffrey Butts, the director of the Research & Evaluation Center at John Jay College of Criminal Justice, disagreed with Stimson.

“The argument about woke prosecutors is entirely ideological and devoid of evidence,” Butts told Fox News Digital. “There’s no correlation between the quality and tone of prosecution and the violent crime surge we’ve seen in the last two years all over the country.”

He added that strong federal gun control laws would drive down violent crime by stemming the flow of firearms from states with more permissive firearm laws. 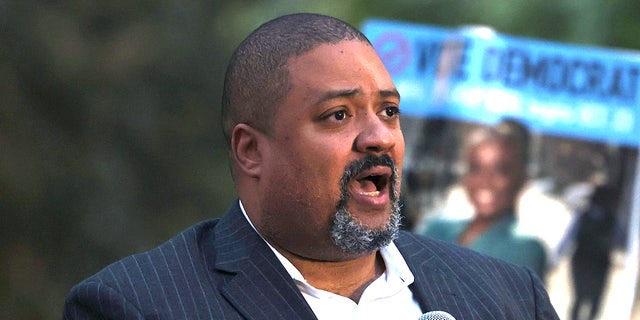 Manhattan. District Attorney Alvin Bragg, who took office in January, speaks during a Get Out the Vote rally at A. Philip Randolph Square in Harlem on November 01, 2021, in New York City.
((Photo by Michael M. Santiago/Getty Images))

Studies have shown that aggressive prosecution and severe punishment will cost an enormous amount of money, hurt communities and not improve public safety, he said. “Certain and swift punishment are more powerful crime deterrents,” Butts added.

Stimson countered that coddling criminals increases crime and fails victims. True reform, he said, is the creation of diversion courts that offer alternatives to incarceration if participants comply with the programs.

These courts, which often handle cases involving veterans, drug addiction, the mentally ill, domestic violence and teens, began decades ago under both Democratic and Republican prosecutors.

The dueling experts agreed that these programs are an effective cornerstone of criminal justice reform.

Butts said that much of the debate about crime and justice is “performative.” Politicians on both sides say what they believe will please their constituents — even if it’s impractical. “We need more of a rational, deliberate debate instead of performative drama,” he said.

In a controversial memo Manhattan DA Alvin Bragg issued last month in his first week in office, he told prosecutors not to ask for pretrial detention for a slew of crimes, including robbery, burglary, kidnapping, carjacking and witness tampering.

He also urged prosecutors not to seek prison time except for the most serious felonies — including murder and sexual assault. Bragg has since walked back some of his positions after fierce backlash.

Stimson further argued that what critics call the get-out-of-jail-free approach of progressive district attorneys is contributing to the demonization and demoralization of police.

Officers have stopped arresting suspects for certain crimes like resisting arrest or possession with intent to distribute because many DAs no longer prosecute them.

With bail reform, suspects are immediately released and sometimes commit new crimes eroding the public’s confidence and trust in law enforcement, he added.

Seven cops have been shot this year in New York City — two of whom died from their injuries.

“The criminals are laughing,” he said.

Stimson predicted that the end result of these lenient crime policies will be disastrous for big cities.

“They’re going to be hellholes until people, the people most impacted by these crimes, the Black and the Brown people, realize this,” he said. “These policies are resulting in more deaths and more violence and they’ve had enough.”