DONALD Trump Jr condemned riots in Louisville and across the US on Wednesday and said Democratic leaders are more concerned with protecting "arsonists" and "vandals" than citizens.

The president's eldest son made the comments on Fox News' Hannity after it was announced that officers would not be facing direct charges in the police killing of Breonna Taylor. 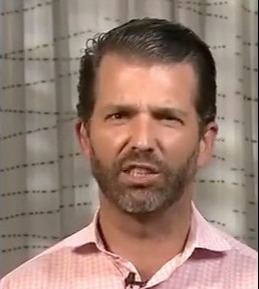 That decision has led to widespread protests across the US. In Louisville, two police officers were shot while responding to the unrest.

"But what's going on, when police officers are shot, when Democrat mayors are turning a blind eye, when they're more worried about protecting arsonists, vandals, looters and outright criminals than they are about the citizens of these towns – it is absolutely disgusting."

Trump Jr acknowledge that Taylor, a 26-year-old black woman who was shot to death by police while she was sleeping in her home, should still be alive today. Still, he condemned protesters expressing anger over her death and what they feel is a lack of justice.

Trump Jr said he condemned "in all ways, shape and form what's going on to the police officers who are just out there serving."

He also took the opportunity to slam his father's opponent in the 2020 presidential race, Joe Biden.

"When a grand jury in an impartial process doesn't give them the answer they want, [they think] they can burn down cities and states," Trump Jr said.

Louisville was the home to mass protests on Wednesday night after the grand jury's decision on the Taylor case was announced.

Police reported that a total of 127 people were arrested for offenses like damaging businesses, jumping on city vehicles being used as barricades and refusing to disperse — violating curfew and unlawful assembly orders.

The two officers who were shot on Wednesday were later identified as Maj Aubrey Gregory and Robinson Desroches.

Gregory was reportedly shot in the leg and has been released from the hospital, while Desroches was shot in the abdomen and underwent surgery. 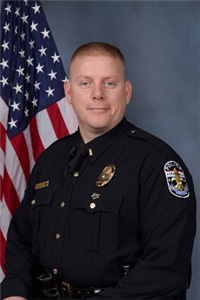 Both are expected to recover.

A man named Larynzo Johnson has been arrested in connection to the shooting.

He's been charged with first-degree assault of a police officer and first-degree wanton endangerment — the same charge that one of the three officers involved in Taylor's death received.

Officer Brett Hankison was fired from the Louisville police force in June and was charged Wednesday with three counts of wanton endangerment.

The charges are related to stray shots fired into the apartments of Taylor's neighbors, not to her actual death.

The other two officers who were on the scene – Jonathan Mattingly and Myles Cosgrove – have not been disciplined.

Kentucky Attorney General Daniel Cameron said the officers had acted to "protect themselves" as they entered the home using a warrant.

Taylor's home had been targeted in the raid because of a known association with a suspected drug dealer who ran a drug house ten miles away.