When Debra Keenahan walks down the street, passers-by point and stare. Sometimes there are furtive sniggers. Some people whip out their phones and take photos. Last weekend, a 12-year-old, big-noting himself to his mates, threatened to push Keenahan over.

“You can guarantee I will always get something,” says Keenahan, 60, who has achondroplasia dwarfism, a bone-growth disorder which means she is the height of an average nine-year-old. 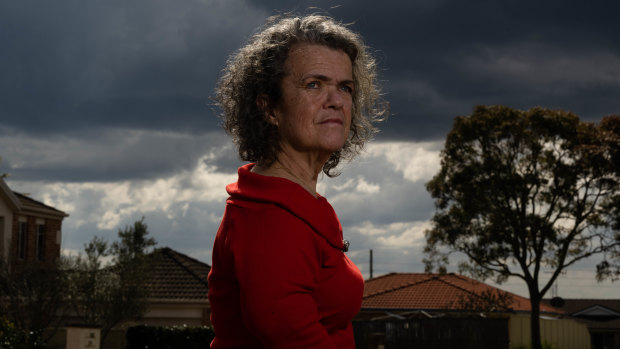 Debra Keenahan, a psychologist and artist, advocates through her art to make the world a better place for her daughter, who also has dwarfism.Credit:Janie Barrett

“The other thing is that people don’t respect your personal space and they don’t respect your privacy. They can ask you questions that they would never consider to ask people of average height, for example, I’ve just been blatantly asked, ‘Can you have sex?’, ‘Don’t you think you’d attract paedophiles?’”

Keenahan, an artist and psychologist whose work explores how society dehumanises people with a disability, is inviting strangers to take a walk with her as part of Awkward Conversations, an event at The Big Anxiety festival, which starts next month in Melbourne.

Keenahan is often asked: “What do I call you?”

It’s the third time Keenahan has participated in this event at a Big Anxiety festival and she says the impact is powerful, with participants often asking how she copes after witnessing the nudges, stares and laughter that follow her when she walks down a street.

“My advocacy comes out through my art and I do what I do because I want to make the world an easier place for my [21-year-old] daughter who also has dwarfism,” Keenahan says. “I want the situation to change.”

Author Anna Spargo-Ryan, whose Awkward Conversation will be conducted via Zoom, will discuss how language has been insufficient in talking about anxiety. 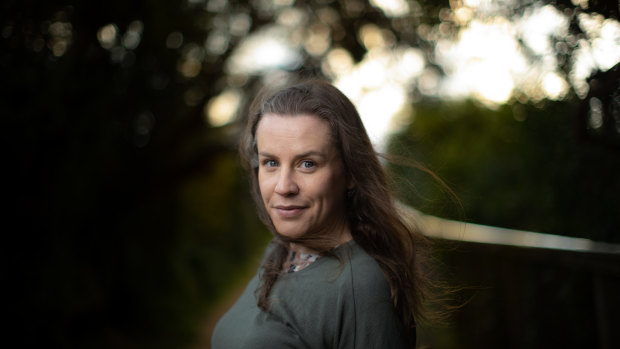 Anna Spargo-Ryan, who has experience of psychosis, will talk about how language has been insufficient in talking about mental illness.Credit:Simon Schluter

“Anxiety as a word is so nebulous, and abstract, that it doesn’t really help that much,” says Spargo-Ryan whose memoir, A Kind of Magic, uses lyricism to describe the experience of life with psychosis and mental illness.

Spargo-Ryan points out anxiety has many forms. Many people wrongly assume she has social anxiety, such as a fear of meeting new people or public speaking, when her form of anxiety is severe agoraphobia, which makes it difficult for her to leave the house.

“I spent about eight years not being able to leave my house from Friday night until Monday morning. And there was a period where I couldn’t even leave the couch,” Spargo-Ryan says.

“It has been difficult to convey to people that that is not exaggerating. If you told me, ‘If you go across town, I’ll give you a zillion dollars’, I still wouldn’t be able to do it. And the seriousness of it, and how debilitating it is, has been a significant factor in my life.”

Spargo-Ryan says Awkward Conversations is a way of exposing participants to another way of experiencing mental illness.

“I’m hoping that people will be able to come along and just ask me anything but that also, we might have a conversation about the different ways that we talk about it. I might learn from them, and they might learn from me, or we might come up with something brand new together.”

The co-director of The Big Anxiety, Professor Jill Bennett, says Awkward Conversations is one of her favourite events at the festival, which connects people to share their experiences of mental health, emotional distress, trauma and recovery.

“When I first mooted that name, a few people said you can’t call it that because who wants to have an awkward conversation? But we realised that all mental health conversations are, in some sense, awkward. So then we decided to have artists with lived experience hosting conversations that could be stimulating and supportive.”

The Melbourne iteration of The Big Anxiety evolved in the wake of the Royal Commission into Victoria’s Mental Health System, which recommended programs to improve awareness and understanding of the experiences of people with lived experience of mental illness or psychological distress.

Other artists to participate in Awkward Conversations include Khin Myint, whose struggles with bullying and toxic masculinity in his youth led to mental health issues and a suicide attempt, Clem Bastow, who was diagnosed as autistic as an adult, and Daniel Regan, a photographic artist who draws on his own experience with self-harm.

The Big Anxiety will be held in Melbourne from September 21 to October 15.