The decision not to jail a man who coughed in a police officer’s face and said he wanted to infect his family with Covid-19 has been branded ‘flabbergasting’ and a ‘disgrace’.

Trevor Dangerfield, 39, was confronted by police in St Leonards, East Sussex, last Friday after a disturbance at a property.

He became aggressive towards them and was arrested on suspicion of breaching the peace. 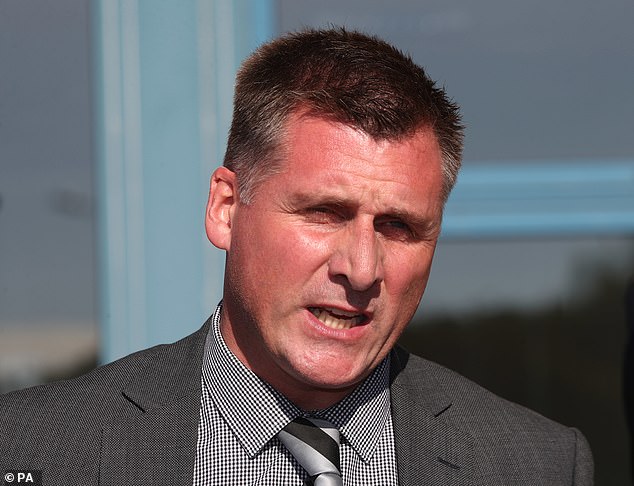 Dangerfield then coughed in the face of an officer, saying he had Covid-19 and ‘wanted to infect the officer and his family’, according to Sussex Police.

He pleaded guilty to assaulting an emergency worker and was sentenced to 18 weeks’ imprisonment suspended for a year.

He was also ordered to pay £100 compensation and a victim surcharge of £156.

Matt Webb, Sussex Police Federation chairman, said: ‘The failure of the courts to recognise the seriousness of this incident and pass an appropriate sentence is staggering. 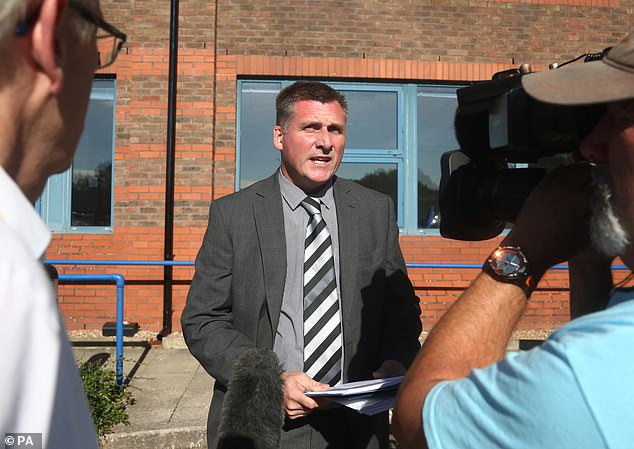 Matt Webb pictured speaking to the media in 2014. He said officers were not ‘supported by the judicial system’, saying the sentence is a ‘disgrace’

‘Officers have been placed in an impossible position of trying to uphold hastily drawn-up legislation designed to protect the public and the NHS, in addition to their day-to-day business.

‘When they are attacked in this way for simply doing their job, and are not supported by the judicial system, it is a disgrace.

‘Any assault on an emergency service worker should attract a custodial sentence and in the current climate especially to not do so is flabbergasting.’