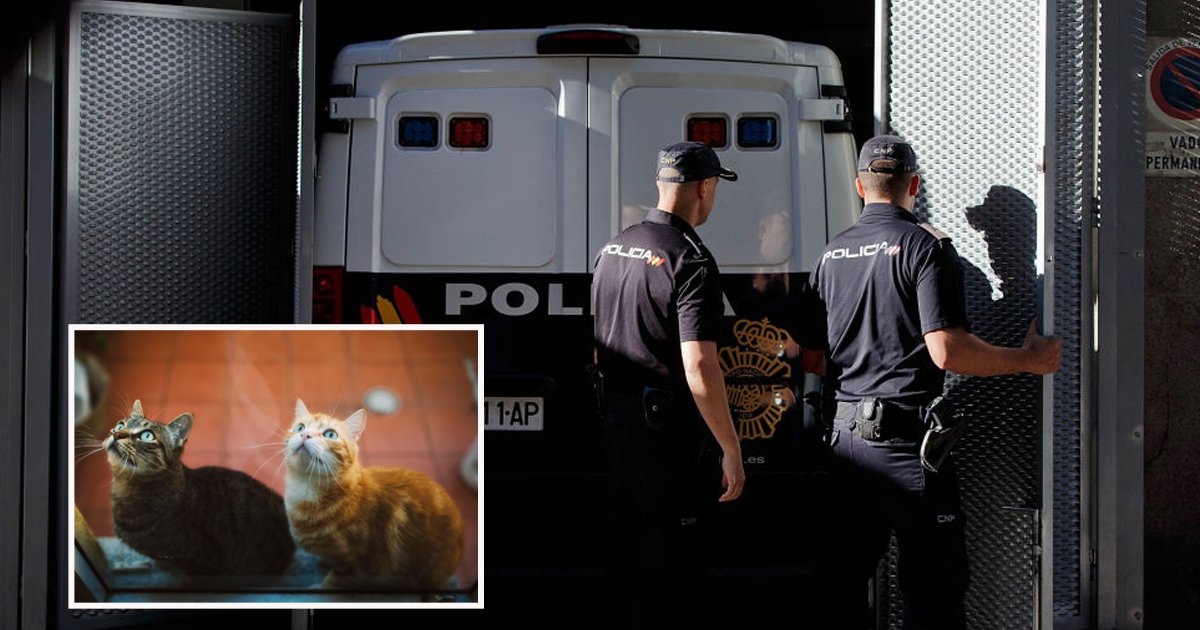 The body of a pensioner has been found ‘devoured from the waist up’ by her pet cats in Spain.

Clara Ines Tobon, 79, was gnawed at by at least five of her seven felines after dying alone in her apartment in Madrid.

The Colombian woman was discovered last Monday after neighbours complained of a stench coming from her apartment in San Cugat sel Valles street.

The South American, who had lived alone since 1996, is believed to have been dead for at least three months.

A National Police officer told a neighbour she had been ‘eaten from the waist up’ by her cats, reports El Mundo.

They reportedly added it was ‘the worst thing they had seen in their entire career’.

Tests are being performed to determine if Covid was a factor behind the woman’s death.

It comes after neighbours said she had been ill since last year and many feared she may have caught the disease.

Alarms were first raised after Ms Tobon was not seen for several weeks, having often been spotted feeding stray cats or visiting the local fruit market.

Police were finally called when a neighbour complained of a smell coming from her home.

Reports said she suffered from Diogenes syndrome – a disorder characterised by self-neglect, domestic squalor, apathy and a compulsive hoarding of garbage.

The home was filled with rubbish and cat excrement, police said.

Five of the cats were dead, with the two alive being found in a very poor condition before being sent to the municipal Animal Protection Centre.

The dead cats’ stomachs were ordered to be tested for remains of their owner.

Ms Tobon did not have family in Spain and had been paying her rent, according to a spokesperson from the IVIMA housing association.

The door to Ms Tobon’s apartment was sealed but neighbours complained that the foul smell continued in the upper parts of the building.

Get in touch with our news team by emailing us at [email protected].