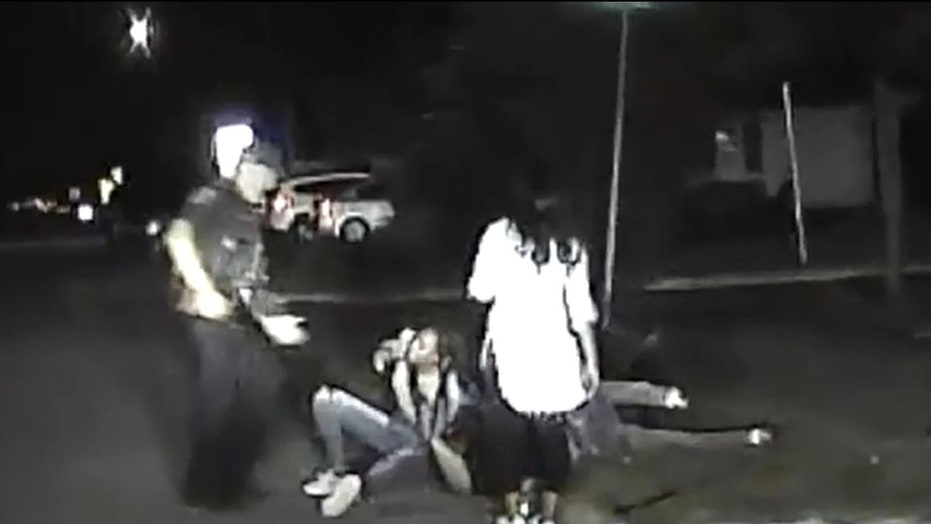 Police in Aurora, Ill., on Wednesday released dashcam video that they said shows an officer being attacked and strangled during a traffic stop last month.

Aurora police said the officer was struck repeatedly in the head and body during the June 21 attack before he was strangled by a female passenger to the point where the officer lost the “ability to breathe.”

Following an investigation into the incident, the three suspects, Jennifer Taylor, 24, of Chicago; Sheba Taylor, 26, of Aurora; and Paul Sherrod, 28, of Aurora, were indicted by a grand jury last week and charged with attempted first-degree murder, aggravated battery, and aggravated assault, police said.

“Because of the strangulation and because of the research that we know about how quickly it is for somebody to lose their life as a result of somebody preventing them from being able to breathe, we believe that the proper charge was attempted first-degree murder,” said Kane County State’s Attorney Jamie Mosser, according to FOX 32 Chicago.

The alleged attack occurred after an officer attempted to pull over a vehicle that police said ran a stop sign. Dashcam video shows the moment the officer approached the car.

After shouting back and forth, the officer was seen directing a female passenger to remain in the vehicle. When she failed to do so, the officer informed her that she was under arrest for obstructing.

Before the woman was placed in custody, the male driver exited the vehicle and was seen approaching the officer, while threatening to fight him, the video showed. “I’m gonna knock you out, bro,” the driver was allegedly heard saying.

The officer informed the male driver that he was also under arrest for obstruction, according to the video. The driver then fled the scene, police said.

Police said the two female passengers ran after the officer and allegedly punched him and kicked him in the body and head. Around this time, the officer said he heard a male’s voice and was “struck repeatedly in the head from several angles,” police said.

He was then attacked by the right rear by a female passenger, who placed her forearm around the officer’s neck and strangled him to the point where he nearly lost consciousness, according to authorities. Soon after, the video shows other officers arriving at the scene. The suspects were placed in custody.

“A minor infraction that likely would have resulted in a citation at most turned into an officer fighting for his life,” said Aurora Police Chief Kristen Ziman, according to FOX 32. 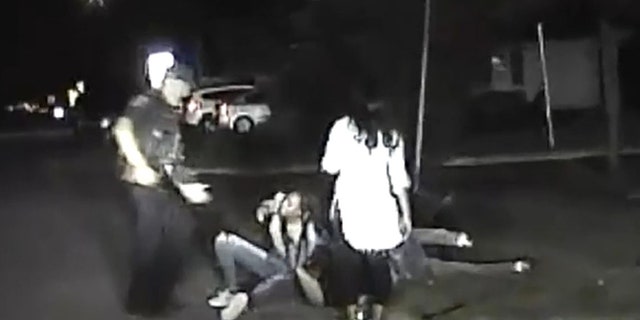 The dashcam video released by police didn’t show the portion of the attack where the officer was allegedly beaten. It did appear to show the two female suspects on top of the officer pinning him to the ground. According to the video, one of the suspects appeared to sit on the officer’s head, while police said another applied significant force to the officer’s windpipe.

All three suspects are out on bond, FOX 32 reported. Their arraignment is scheduled for Sept. 24.

The officer was treated at a hospital following the attack, reports said. His name has not been released by Aurora police.