Perhaps this coyote decided 2020 was the year it was going to try new things. This Ring-camera footage shows it ticking off its resolution by having a go at golf.

The coyote found someone’s personal putting green in a backyard in Tarzana, California.

A golf ball was left on the green which the playful coyote latched onto. 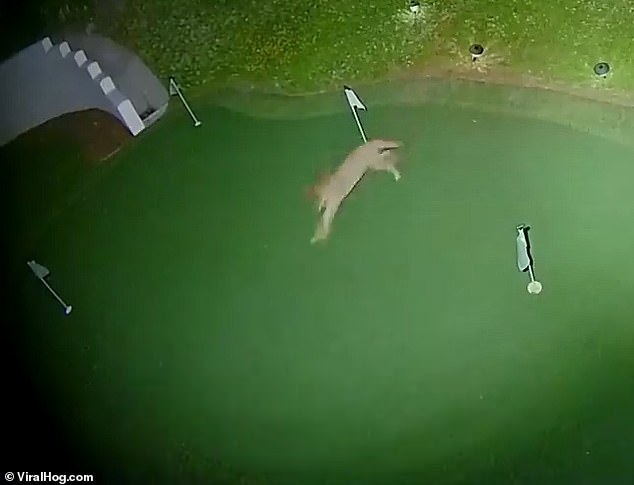 A coyote played with a golf ball on a private putting green in Tarzana, California, by throwing it into the air and leaping onto wherever it lands (pictured)

The coyote threw the ball into the air with its mouth and chased after it several times.

An average golf game lasts four hours but this little guy finished in about three minutes, according to the owner of the security camera.

Perhaps the coyote has found a new hobby and will return to hone in on its new skills.