THE shocking moment an Indian Covid victim's corpse was thrown from a bridge by PPE wearing relatives has been caught on video.

Footage shows two people balancing Premnath Mishr's body on the edge of the bridge and pushing it into the river, as India's deadly second wave continues to rage. 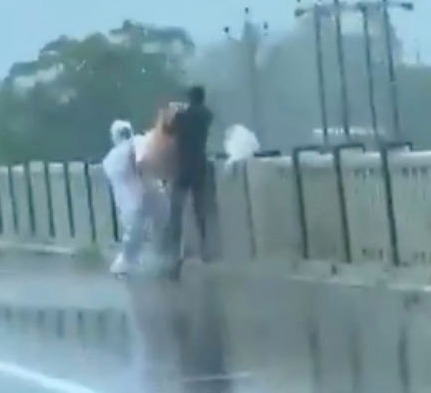 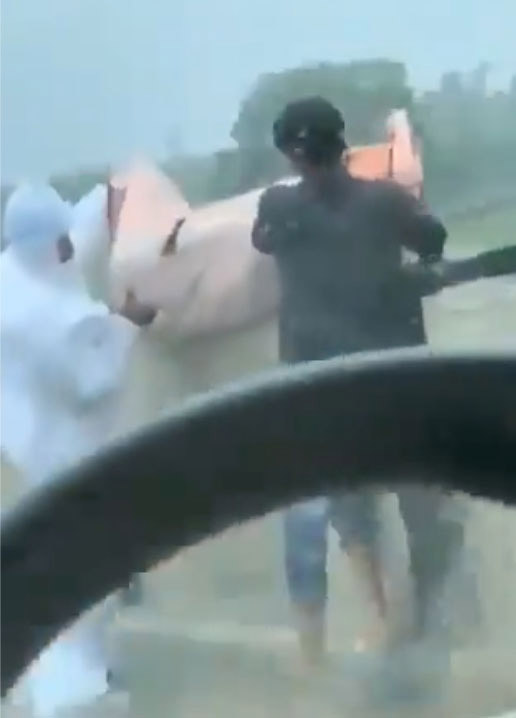 India has been engulfed in a virulent strain of Covid, which has now spread to the UK, leading crematoriums being overwhelmed by the numbers of dead.

Desperate relatives have been throwing bodies into rivers, leading to the harrowing site of corpses being washed up on river banks.

Mishra died in hospital on Friday three days after he started experiencing breathing difficulties and had been taken there by his nephew, Sanjay Kumar, for treatment.

After his death, the body was handed over to his relatives the following day and was reportedly picked up by Kumar for cremation.

Sanjay Kumar and Manoj Kumar have now been arrested after the body was thrown into the Rapti River in Balrampur, Uttar Pradesh India Today reports. 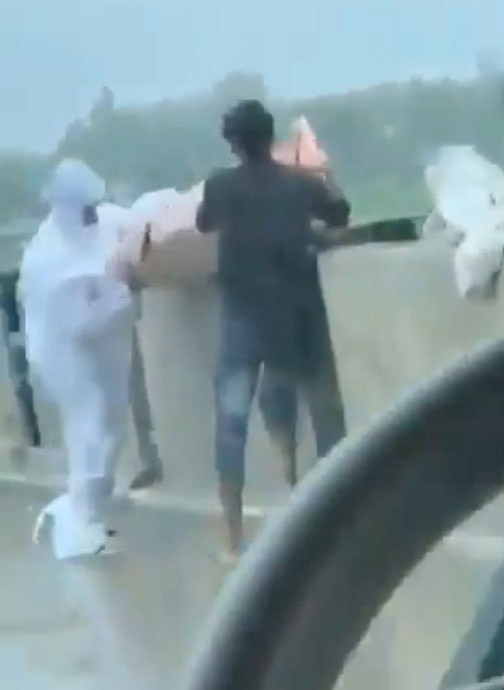 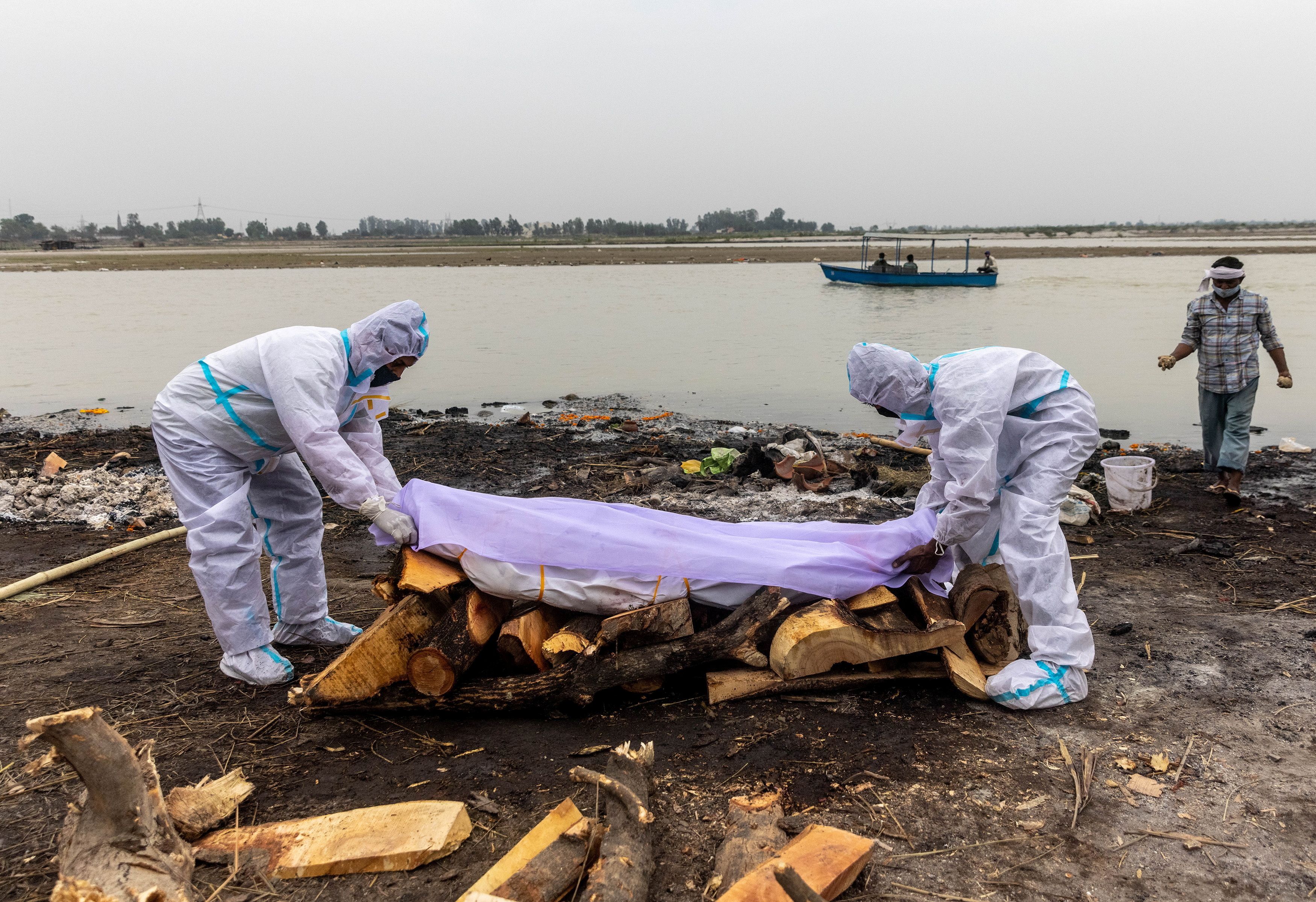 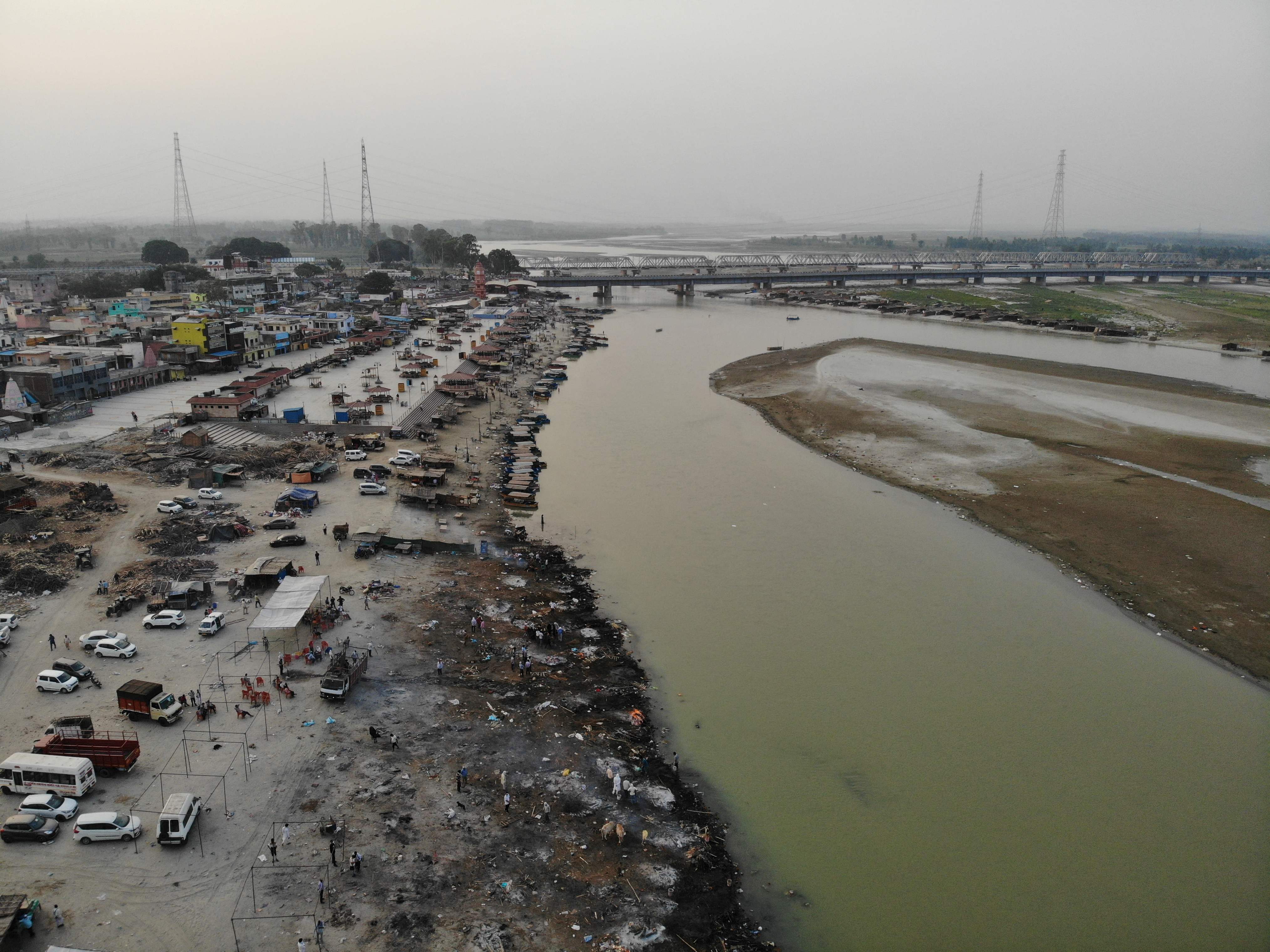 A case has been registered in the local police station against them under the Pandemic Act.

Balrampur Chief Medical Officer, VB Singh, told NDTV: “Preliminary investigations have revealed that the patient was admitted to hospital on May 25, and he died three days later on May 28.

“As per Covid protocol, the body was handed over to his relatives. Preliminary investigations reveal that the relatives threw the body into the river.

"We have filed a case and strict action will be taken.”
A third person, who is a cremation worker, is also believed to be involved – and is currently on the run.

Last week the number of deaths linked to Covid-19 in India has moved past the 300,000 mark as the country continues to grapple with the pandemic.

A deadly second wave in recent weeks has overwhelmed the country's healthcare system.

Hospitals have struggled to cope with the influx of patients and with critical drugs and oxygen running out.

Experts warn that the real number of fatalities might be much higher as many deaths are not officially recorded.

India has recorded 28 million cases – second only to the US – and is now the epicentre of the global pandemic.

According to a prediction from the Institute for Health Metrics and Evaluation, the worst case scenario could see India's death toll top one million by July.

But even by the research centre's forecast based on current conditions, India is still on course to hit more than one million Covid deaths by August.