‘My favourite guests ever!’: Welsh couple whose TV knocked out entire village’s internet for 18 months leave Piers Morgan in hysterics as GMB viewers fall in love with ‘amazing’ crocheting wife and retired farmer

Good Morning Britain viewers fell in love with an ‘amazing’ crocheting wife and retired farmer whose TV knocked out an entire village’s internet for 18 months.

Pensioners Alun, 67, and Elaine Rees, 63, left Piers Morgan in hysterics this morning after Elaine told him it made her cross when he ‘didn’t let Susanna speak’.

Piers tweeted to say that the couple were ‘possibly my favourite guests ever’ and said that they would be buying the couple a new TV.

The couple were unaware that their old 16′ Bush TV had been leaving their neighbours with poor broadband connectivity and slow speeds every morning at 7am in village of Aberhosan, Powys.

The mystery left engineers baffled, but it was finally solved when the ‘electrical noise’ responsible was finally traced to the couple’s home. 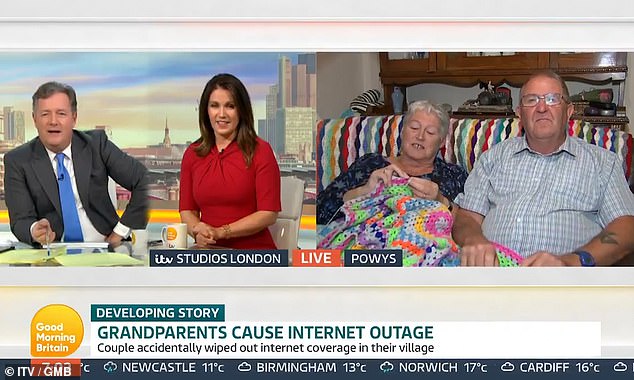 Alun, 67, and Elaine Rees, 63, were unaware that their TV had been leaving their neighbours with poor broadband connectivity every morning at 7am in Powys village of Aberhosan, Wales

The retired couple explained that the £30 TV set, which is in their bedroom, was turned on every morning to watch Good Morning Britain.

Elaine, who loves to watch Piers Morgan in the morning because he ‘makes her laugh’, was crocheting a blanket throughout the interview and showed off another she had crocheted over the back of the sofa behind them.

She explained that, while retired farmer Alun is driving his tractor, she sits in the back and crochets.

Elaine added: ‘We’ve got a camper van that we actually made up ourselves and I do sit in the passenger seat crocheting when Alun is driving the camper van.’

When Piers asked Elaine when he makes her cross, Elaine told him it was when he wouldn’t let co-host Susanna talk, to which Susanna responded with a round of applause.

Piers said: ‘By the way, pretty rich coming from you given Alun doesn’t talk either. I haven’t seen him get a word in.’

GMB viewers found the couple hilarious and called for them to be on Channel 4’s show Gogglebox. 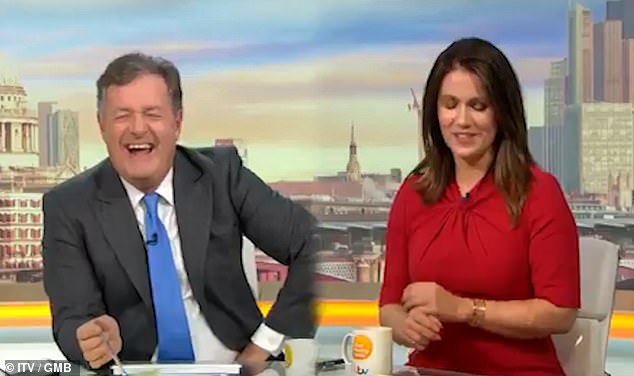 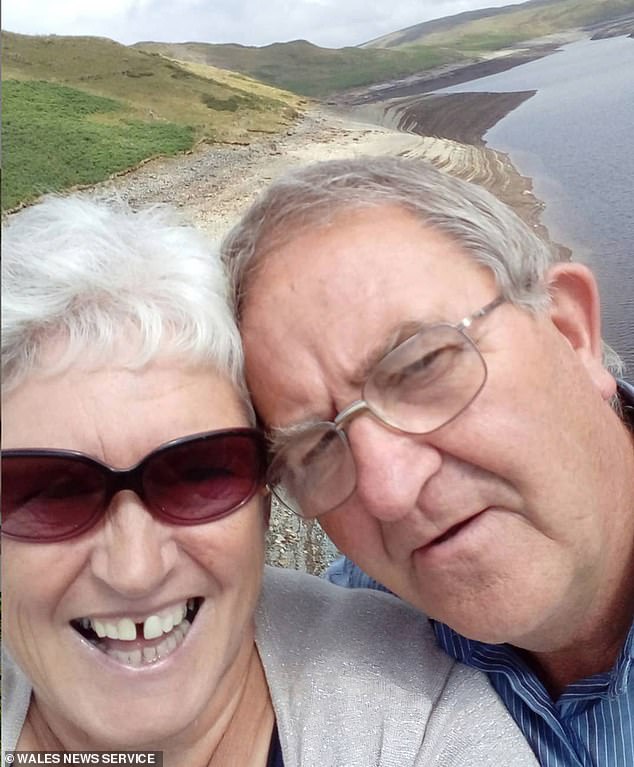 The retired couple explained that the £30 TV set, which is in their bedroom, was turned on every morning to watch Good Morning Britain

One Twitter user said: ‘Elaine & Alun for @C4Gogglebox. They were brilliant!’

A third wrote: ‘Absolutely!! No filters, no clever camera angles, just two normal people! So refreshing and made me feel so happy!!!’

Another user said: ‘Really enjoyed this. A much needed break from the current doom and gloom. Others moaning about how long they were on for, but why not let them have the time, they were entertaining after all!’

Yesterday, retired GP receptionist Elaine Rees said: ‘One morning during lockdown at around 8.30am we could hear two men outside talking about signal strength.

‘We looked out of the window and saw they were BT engineers holding some kind of meters. One of them was pointing at our front door.

‘Next thing they’re knocking the door and asking us to turn the telly off at the wall.’

Retired farmer Alun Rees added: ‘He told me we’d better get rid of the set immediately because it was interfering with the internet connection all over the village.

‘He said we’d have the whole village on our doorstep if anyone found out we were the cause of the problem.

‘Our son lives next door and he was having building work done so we chucked it on his skip.’

For 18 months, engineers were left scratching their heads when repeated visits to the village, located near to the market town of Machynlleth, found the network was working perfectly.

Baffled BT workers even replaced a large section of cable that served the village, which is home to around 400 people, in a bid to fix the mystery issue.

After exhausting their options, they were forced to call in the Openreach Chief Engineer team, a crack team described as the company’s ‘SAS’, in a bid to fix the problem.

Engineers discovered the TV set was emitting a burst of electrical interference at 7am each day.

They traced the signal to a property in the village and Mr and Mrs Rees confirmed that they switched on their old television at that time every day – causing the broadband in the village to be affected.

There have been no further issues reported with the broadband network in Aberhosan since.

After the cause of the poor broadband was made, residents said they were determined to track down the owner of the TV to make sure it was thrown out.

One woman, who asked not to be named, said: ‘We don’t know who this person is with the TV but I’m going to find out.

‘We’re not early morning people so we had no idea that the problems were starting at 7am when the telly was being switched on.

‘Openreach say the person has promised not to use the telly any more – I want to make sure it’s been thrown out.’ 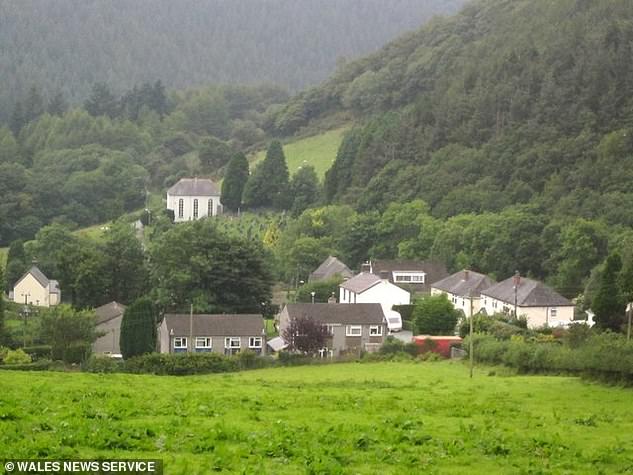 Baffled BT workers even replaced a large section of cable that served the village, which is home to around 400 people, in a bid to fix the mystery issue

Her husband added: ‘We’ve had engineers coming to visit all the time and none seemed to know what the problem was.

‘About a year ago one said that there was a strong electrical signal in the village that could be causing the problems but they didn’t know where it came from. Now I suppose they’ve identified this TV.’

Another villager said they were hoping the speed would be improved even more when a new fibre box was finally connected at the village chapel.

Neighbour Sara Williams said she has experienced broadband issues ever since moving into her home.

She said: ‘Just before lockdown it got to the point we couldn’t even use our phones on it.’Nothing would work then the landline would be down.

‘It’s only just the last couple of weeks that is has worked how it should have been when moving in.’

But Ms Williams says she had no idea it was down to an old television – and has no idea of the identity of the neighbour responsible.

She added: ‘I didn’t realise it was anything to do with a TV.’