Shocking footage shows the moment a coughing Amazon driver clears his throat and spits on a customer’s doorstep as he delivers a package.

Michael Snasdell shared the doorbell footage from Forest Hill, Lewisham, on Twitter and said: ‘Dear AmazonUK your delivery guy is dusting. Openly spitting at our doorstep!

‘In this climate this is completely unacceptable!’ 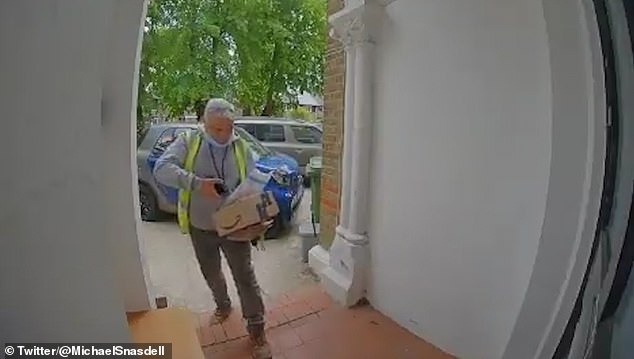 The driver, who is wearing a face mask, clears his throat as he takes the face mask away from his face and spits on the customer’s doorstep.

He scans one of the packages and spits again before delivering two packages but does not put the face mask back on.

He leaves the face mask covering his chin as he coughs and walks away. 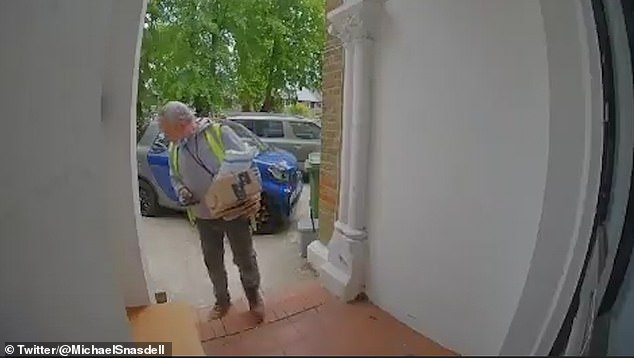 Mr Snasdell’s partner Ann Halliday said: ‘Just had to throw a load of disinfectant water down to clean it. Are AmazonUK gonna send me some disinfectant to replace what I have had to use? Disgraceful.’

Other Twitter users have expressed their disgust at the footage.

One said: ‘Unbelieveable. Pandemic or not that’s absolutely vile.’ 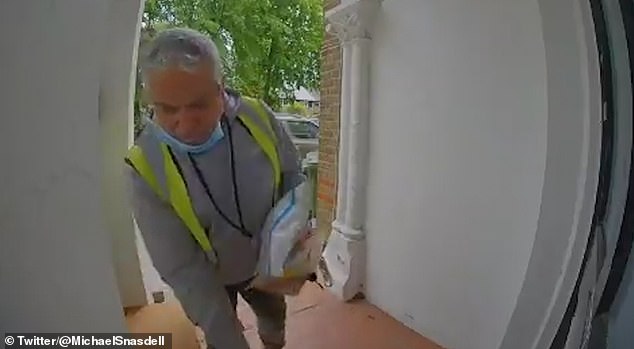 Another said: ‘Spitting is disgusting full stop but to do it on someone else’s property in these times is outrageous.

‘How would he like it if we coughed up a huge wad and flobbed it into his van?’

A third said: ‘What was the point of the mask? Dirty filthy man. TB was passed by spitting and by stopping it the rate of TB fell.’

Mr Snasdell said that Amazon have been great at dealing with the situation since the video was posted.