“We believe we have a product that we can bring to the floor this month,” House Speaker Nancy Pelosi confirmed Wednesday, noting that talks are making progress on the effort to stop lawmakers’ trading activities on the grounds that they have access to non-public information.

But behind the scenes, negotiators have been unable to agree so far on a proposal that would fold a provision forcing Supreme Court justices to file more detailed financial disclosure reports into the larger bill. It’s become a major sticking point, according to multiple sources familiar with negotiations.

This latest twist comes after eight months of negotiations where overwhelming public support for a ban has not translated into action. Lawmakers have put forth a bevy of proposals but have struggled to agree on a unified bill with the coming weeks representing the last chance for action before the midterms elections.

So why is a Supreme Court top of mind?

Holman supports requiring Supreme Court justices to be more transparent about their finances but he says that including the provision now might “just might sabotage the bill.” 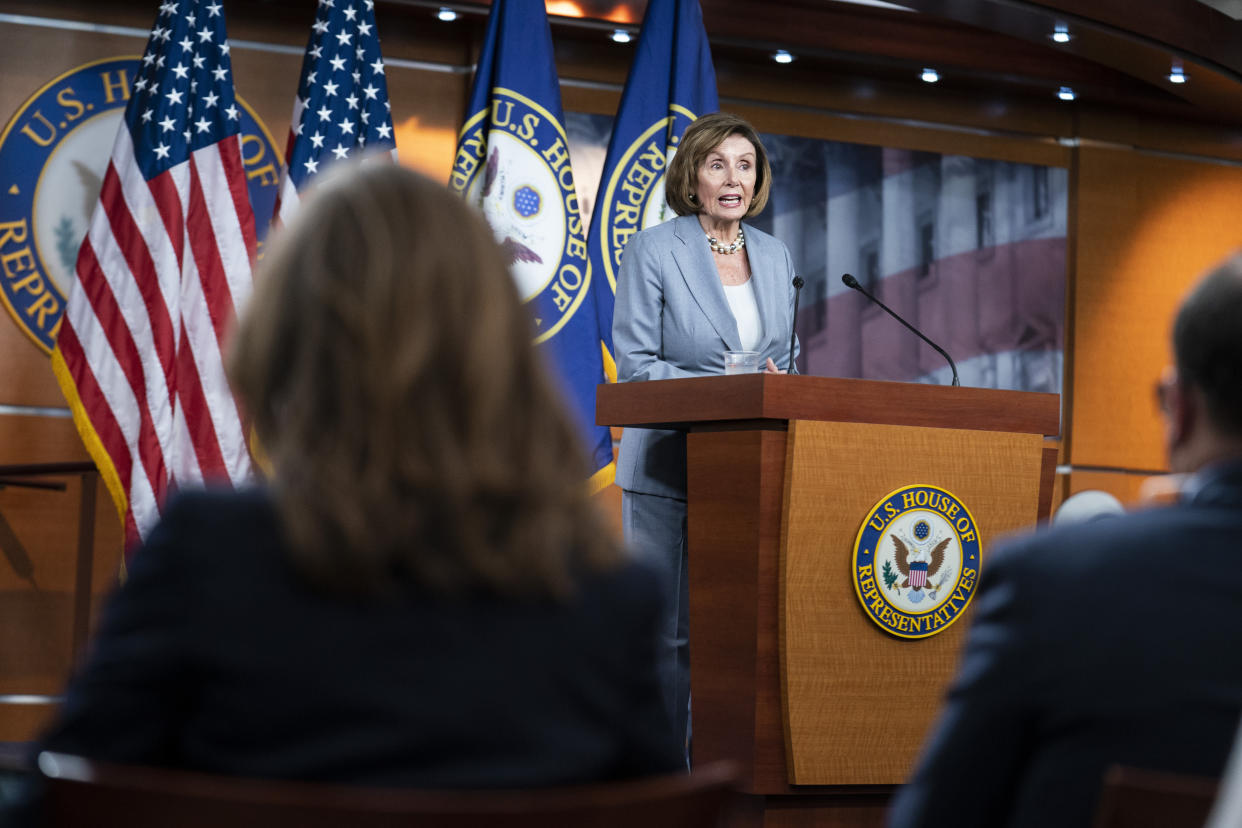 Conservative lawmakers would likely view new rules for the justices as political payback, frustrating efforts to pass any overall deal on Congressional stock trades. Rep. Zoe Lofgren (D-CA) chairs the committee drafting the bill, which aims to have it on the House floor this month.

Public support for a trading ban

The stock trading issue gained attention late last year with revelations that, in the lead-up to the pandemic, then-Senator Kelly Loeffler (R-GA) and Sen. Richard Burr (R-NC) sold stocks soon after a private briefing on COVID-19. Burr faced a Justice Department investigation that eventually ended without charges, while Loeffler lost her election bid.

Pelosi herself has also drawn attention to the issue because of her husband’s frequent trading activity that has even spurred traders to follow along for stock tips.

Media reports have further shined a light on the depth of the problem. An Insider investigation found 72 members of Congress have violated provisions in a 2012 law requiring public disclosures of trades within 45 days; meanwhile, a New York Times report this week found 97 lawmakers have reported stock trades overlapping with their work in Congress.

But lawmakers have disagreed on the fine print of how a ban would work for months. Many members in both parties also remain skeptical, saying there are already safeguards in place.

Early on, Pelosi was one such skeptical lawmaker. She now says she supports the effort but also tempered expectations during her comments Wednesday by questioning whether a deal would have the votes to pass.

“Just because somebody introduces a bill doesn’t mean it becomes the law of land,” she cautioned.

The need to ‘get our House — pun intended — in order’

But some advocates for a ban believe there is a real chance for action this year — as long as the Supreme Court provision doesn’t derail the bill. For some lawmakers, that provision isn’t worth the risk.

“While I see value in applying these reforms to the Judiciary Branch, the reality is that they are not taking votes that may move markets, nor are they privy to the types of private information we have in our daily work,” Rep. Abigail Spanberger (D-VA) told Yahoo Finance this week. “It should be our number one priority to get our House — pun intended — in order.”

Spanberger has authored a bipartisan plan with Rep. Chip Roy (R-TX) to require all members of Congress to put assets into a qualified blind trust while they’re in office. 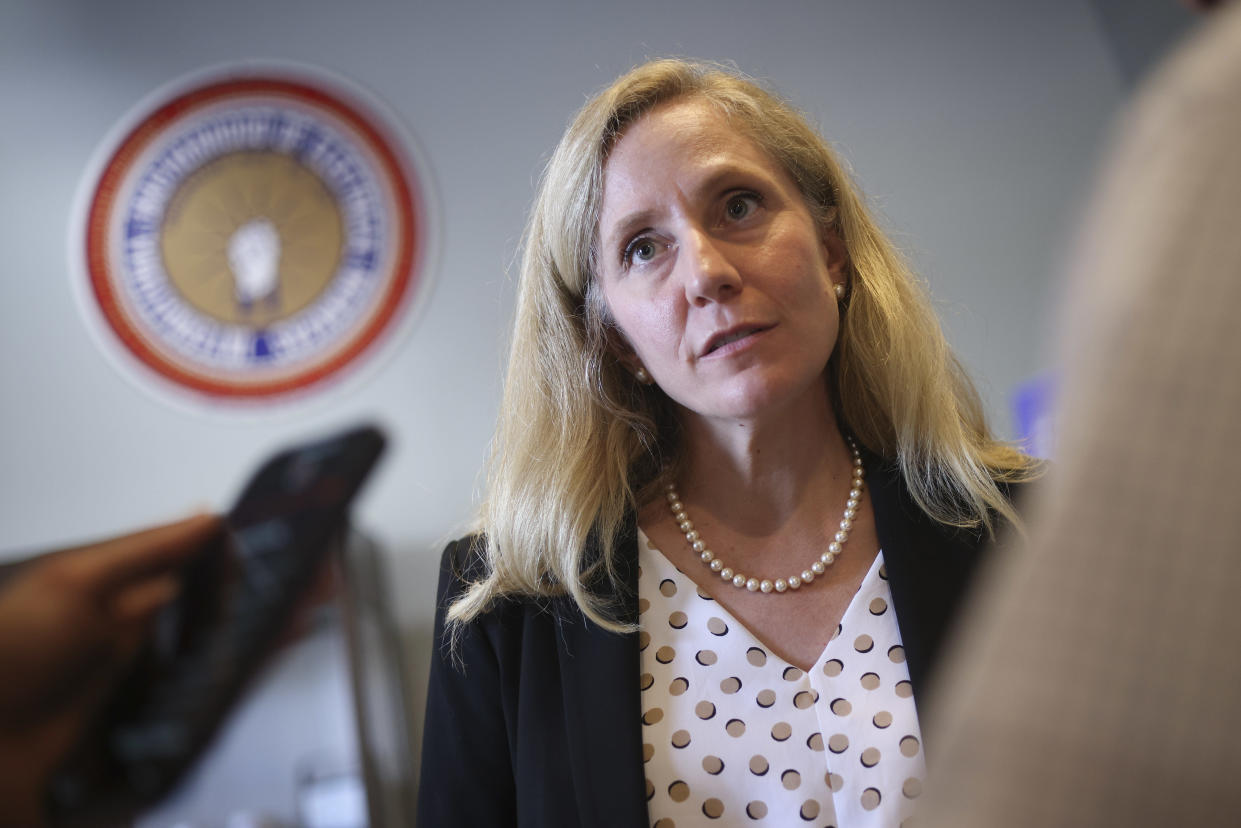 The emerging deal has similar provisions and is set to require lawmakers and their immediate families to either sell their stocks or place them into blind trust or a mutual fund. The new restrictions would also come alongside increased penalties for any violations of the law.

Another still unresolved issue is whether senior congressional staffers will be included in a ban.

‘Running out of time’

Pelosi first brought up the idea of policing the Supreme Court’s stock market activity back in February. The idea gained further traction in recent months following both this summer’s rulings and a Wall Street Journal investigation that found more than 150 judges ruled in cases in which they had a financial interest.

In May, Congress passed and President Biden signed a law that stiffened the financial disclosure requirements for federal judges. While many now want to go further, the clear sentiment among many activists this week was that a limited bill is the only realistic option.

Virginia Canter, the chief ethics counsel for the good government group Citizens for Responsibility and Ethics in Washington, told Yahoo Finance in a statement that her group backs judicial ethics reforms.

“But we believe that those efforts are best pursued separately from current legislative efforts to ban members of Congress from owning and trading stock,” she added.

Meanwhile, “we’re running out of time” says Holman. Unless lawmakers can find common ground in the next few weeks, he said, the effort will be shelved yet again.

Ben Werschkul is a Washington correspondent for Yahoo Finance.

Read the latest financial and business news from Yahoo Finance