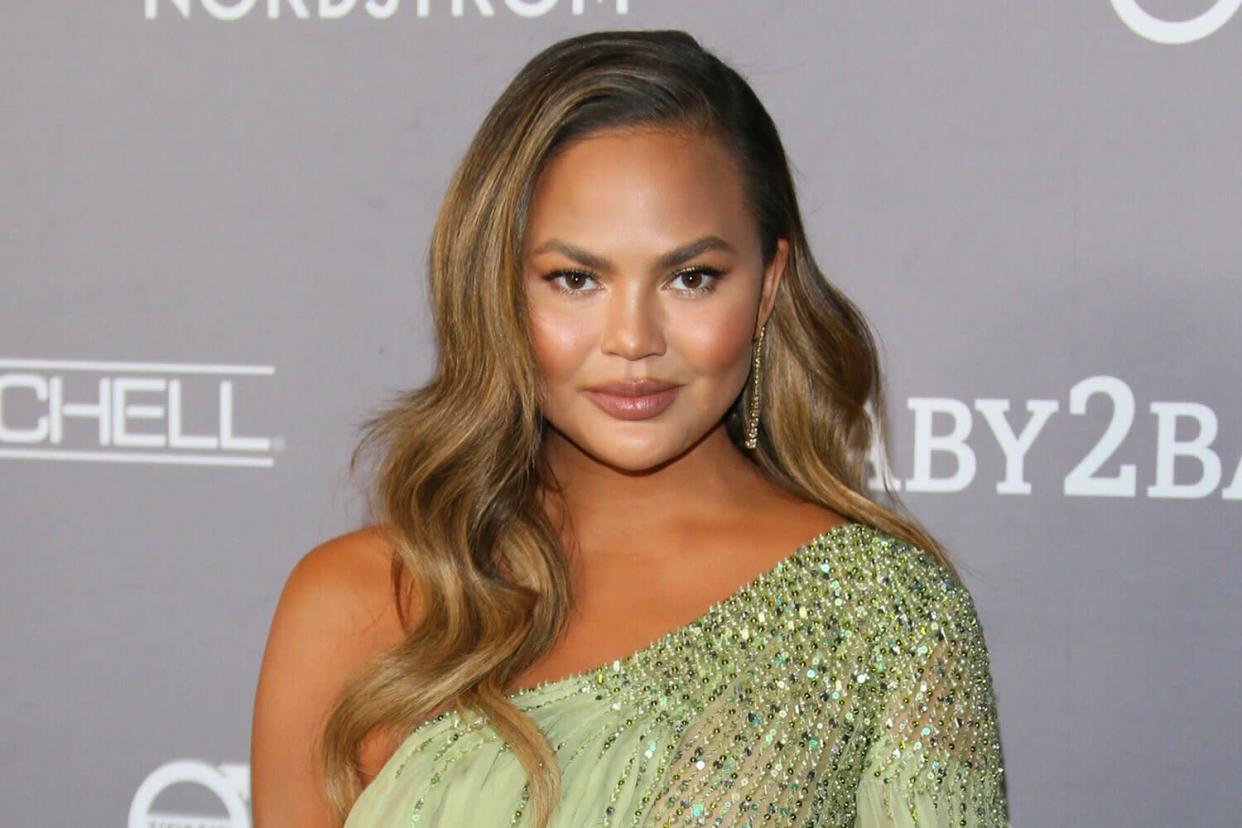 Chrissy Teigen is feeling good about her journey with in vitro fertilization.

On Saturday, the 36-year-old spoke to Entertainment Tonight at the 7th annual Hollywood Beauty Awards where she revealed she recently completed her latest round of IVF.

"Everything is good. I finished my IVF part, so I feel so much healthier and so much better with that," Teigen told ET's Matt Cohen as she and husband John Legend hope to expand their family following their pregnancy loss in 2020.

Teigen first revealed on social media that she had begun IVF treatments last month, a little over a year after she suffered a pregnancy loss of her third baby — son Jack.

The announcement on her account came after she shared a since-expired Instagram Story, which showed a series of IVF injectables. "Here we go again," she captioned the photo. In a post on her feed, Teigen confirmed that she is undergoing IVF once again.

"hiiii. I posted about it in my stories, but I wanted to let you guys know I'm balls deep in another IVF cycle to save as many eggos as I possibly can and hopefully make some strong, healthy embryos," she wrote.

"I honestly don't mind the shots…they make me feel like a doctor/chemist…but the bloating is a bitch," Teigen continued. "So I humbly beg you to stop asking if I'm pregnant because while I know it's said with excited, good intentions, it just kind of sucks to hear because I am the opposite of pregnant!"

"But also like please stop asking people, anyone, if they're pregnant," she added, before promising her followers that should she get pregnant, she will "be the one to tell you."

Back in September 2020, Teigen announced that she lost her son Jack in the middle of her pregnancy. She had previously become pregnant with him naturally, while she and husband John Legend conceived their other two children — daughter Luna Simone, 5, and son Miles Theodore, 3 — with the help of IVF treatments.

Shortly after revealing that she had begun her IVF journey again, the Cravings cookbook author shared a video to her Instagram Story documenting the process of giving herself an injection.

"No it doesn't hurt. The other shot burns a bit (ok a lot)," she wrote. "They say to pinch the skin but I feel like that makes it burn more. But listen to your doc lol."