Chinese billionaire, 77, is rescued from kidnappers armed with explosives after his son escapes and swims across a river to alert police

The billionaire founder of the world’s biggest appliance manufacturer was rescued by police this morning after he was held hostage at his mansion in southern China.

He Xiangjian, 77, the sixth richest man in China and the 36th wealthiest in the world, was abducted by five intruders who were armed with explosives, local media reported.

His son, 55-year-old He Jianfeng, was able to escape the home in Foshan and swim across a nearby river to alert police just after 5pm on Sunday, the South China Morning Post reported.

Police swooped on the colossal Romanesque villa at around 5.30am Monday, arresting the five suspects without incident. Mr He had not been injured, the police said.

Scroll down for video. 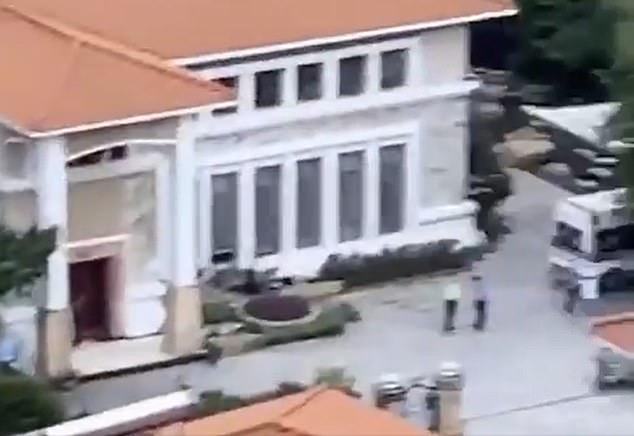 Police swooped on the colossal Romanesque villa at around 5.30am, arresting the five suspects without incident. He Xiangjian had not been injured, the police said (pictured: police officers are seen outside the mansion this morning) 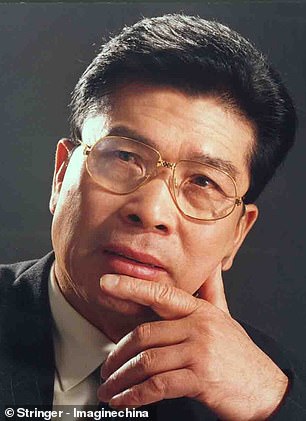 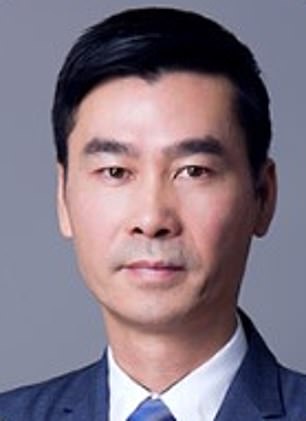 He Xiangjian, 77, (left) founded Midea in 1968 as a lid production workshop. Today he has more than 200 subsidiaries worldwide and is one of the richest men in China. His son He Jianfeng, 55, (right) is a director at Midea Group

Mr He, worth an estimated £20billion, is the founder of Midea Group, an electrical appliance company based in Foshan, not far from Hong Kong.

The raid on Mr He’s property took place close to his company’s headquarters in the city at the Royal Orchid International Golf Villa, a leafy resort developed by Midea.

Midea thanked police in a statement on its social media account but gave no confirmation He Xiangjian was involved.

‘Thanks to the public security, thanks to the media and all sectors of society for their concern,’ the group said.

A narrow 15ft-wide river to the rear of the property is believed to be the water Mr He’s son swam across to alert the authorities.

The gated community was locked down by police throughout the evening and into the night as officers worked to rescue Mr He. 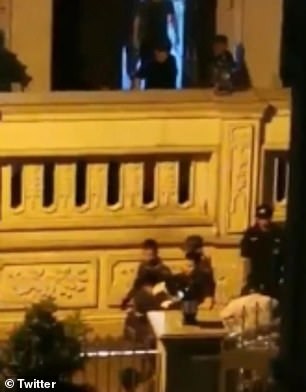 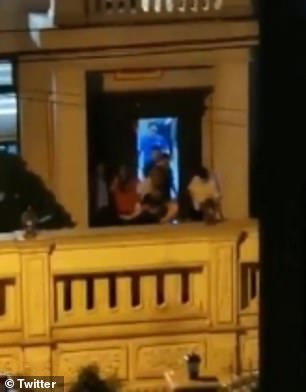 One of the residents told the South China Morning Post: ‘I was scared to some extent, after all I have always thought that the security here is better than in other neighbourhoods.’

The billionaire founder of the world’s biggest appliance manufacturer, Midea Group, was held hostage on Sunday by intruders in his home in southern China but was rescued by police, news reports said Monday.

Police received a call Sunday evening that intruders had broken into a home in Foshan, near Hong Kong, the Foshan police department said on its social media account. It said five suspects were arrested early Monday.

The police statement identified the victim only by the surname He, but the business news magazine Caixin, the newspaper Beijing News and other outlets said it was He Xiangjian, Midea’s 78-year-old founder. 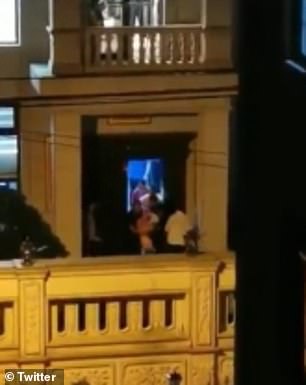 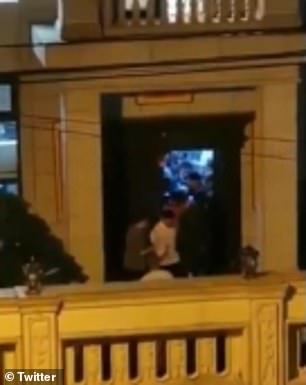 One of the residents told the South China Morning Post: ‘I was scared to some extent, after all I have always thought that the security here is better than in other neighbourhoods.’ (pictured: police leading suspects away from the scene)

Midea grew out of a workshop set up in 1968 by Mr He and other residents of Beijiao, a village that now is part of Foshan.

He stepped down from operations of the company in 2012 but has a seat on the board of directors. His son, He Jianfeng, also is a director.