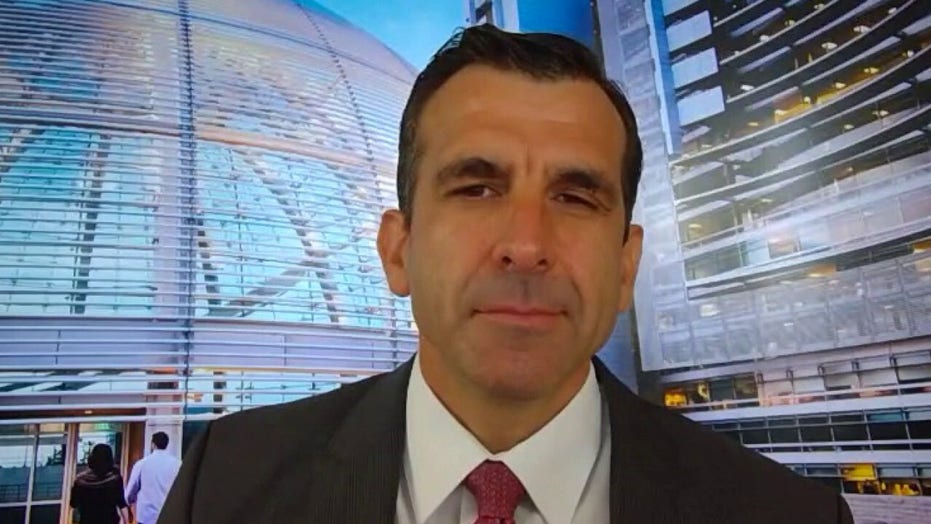 More than 14,000 firefighters continued to battle over two dozen major wildfires across northern California Monday, as the death toll statewide climbed to seven over the weekend.

Hundreds of officers were also patrolling areas in Santa Cruz as the fight to get the blazes under control was hindered by people who refused to evacuate and those who were using the chaos to loot.

Several major lightning complex fires, made up of a number of different blazes around the San Francisco Bay Area Monday. Weather conditions overnight were more favorable than last week, yet there were still 300 lightning strikes across California.

The Golden State has had a total of more than 13,000 lightning strikes and more than 600 wildfires statewide have burned more than 1.2 million acres since a lightning siege first began Aug. 15, said Daniel Berlant, assistant deputy director with California Department of Forestry and Fire Protection, known as Cal Fire.

A red-flag warning remains in effect until Monday night across the coast, northern California and the eastern tip of the state due to the potential of more dry lightning. The warning, though, was lifted for the Bay Area and Sacramento Valley, Berlant said in a video address.

“Mother Nature’s helped us quite a bit,” said Billy See, the California Department of Forestry and Fire Protection incident commander for a complex of fires burning south of San Francisco.

According to Cal Fire’s latest update Monday, 2,400 fire engines – or 96% of those from their agency, are committed to fighting wildfires in the state. An additional 91 fire engines from Arizona, Idaho, New Mexico, Texas, Oregon, Utah and Washington have arrived to assist in the containment effort.

The three big fires around the Bay Area and many others burning across the state have put nearly 250,000 people under evacuation orders and warnings.

Six people who returned to a restricted area south of San Francisco to check on their properties were surprised by fire and had to be rescued, the San Mateo County Sheriff’s Office said.

The death toll from the infernos reached seven over the weekend after authorities battling a big fire in the Santa Cruz Mountains south of San Francisco announced the discovery of the body of a 70-year-old man in a remote area called Last Chance. He had been reported missing and police had to use a helicopter to reach the area of about 40 off-the-grid homes at the end of a windy, steep dirt road north of the city of Santa Cruz.

The area was under an evacuation order and Santa Cruz County Sheriff’s Office Chief Deputy Chris Clark said the discovery of the man’s body was a reminder of how important it was for residents to evacuate from fire danger zones. 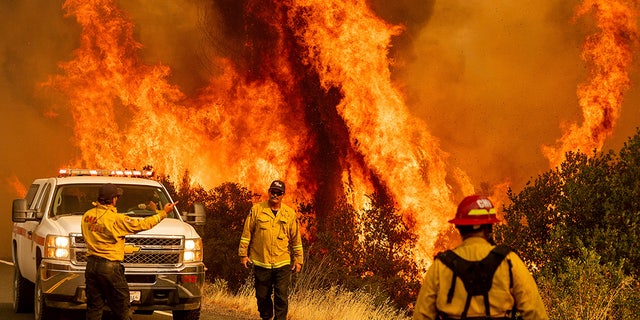 “This is one of the darkest periods we’ve been in with this fire,” he said.

The Santa Cruz fire is one of three “complexes,” or groups of fires, burning on all sides of the San Francisco Bay Area. All were started by lightning.

A fire in the wine country has been the deadliest and most destructive blaze, accounting for five deaths and blamed for destroying 845 homes and buildings. Three of the victims were inside a house that was under an evacuation order.

In Southern California, an 11-day-old blaze held steady at just under 50 square miles near Lake Hughes in the northern Los Angeles County mountains. Rough terrain, hot weather and the potential for thunderstorms with lightning strikes challenged firefighters on Sunday.

Authorities said their firefighting effort in Santa Cruz was hindered by people who refused to evacuate and those who were using the chaos to loot. Santa Cruz County Sheriff Jim Hart said 100 officers were patrolling and anyone not authorized to be in an evacuation zone would be arrested. 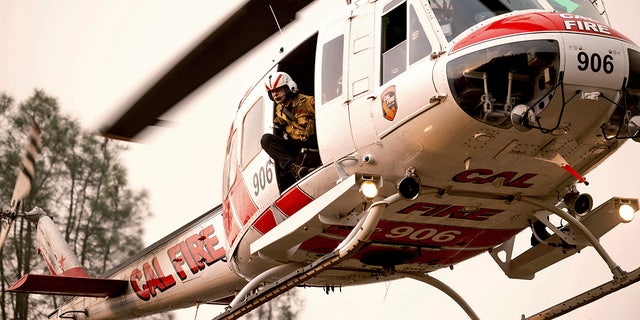 “What we’re hearing from the community is that there’s a lot of looting going on,” Hart said.

He and county District Attorney Jeff Rosell expressed anger at what Rosell called the “absolutely soulless” criminals victimizing people already victimized by the fire. Among them was a fire commander who was robbed when he left his vehicle to help direct operations.

Someone entered the vehicle and stole personal items, including a wallet, and “drained his bank account,” said Chief Mark Brunton, a battalion chief for the California Department of Forestry and Fire Protection.

Holly Hansen, who fled the wine country fire, was among evacuees from the community of Angwin allowed to return home Sunday for one hour to retrieve belongings. She and her three dogs waited five hours in her SUV for their turn. Among the items she took with her were photos of her pets.

“It’s horrible when you have to think about what to take,” she said. “I think it’s a very raw human base emotion to have fear of fire and losing everything. It’s frightening.”