That’s butterly mad! Traces of butter dating back 2,500 years are found on wooden dish at the bottom of a lake

Traces of butter dating back 2,500 years have been found at the bottom of a lake.

Smears were preserved in a wooden dish discovered at the bottom of Loch Tay, Perth and Kinross.

It is thought to have come from a lakeside settlement of least 17 crannogs, or Iron Age wooden houses.

Built from alder with a lifespan of around 20 years, the structures simply collapsed into the loch once they had served their purpose, taking the objects inside with them. 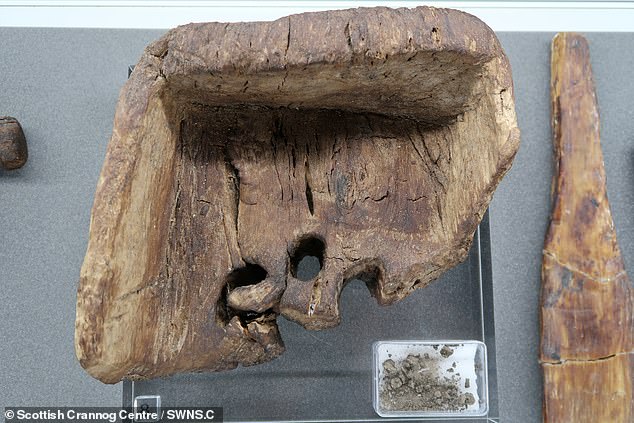 Traces of butter dating back 2,500 years were preserved in a wooden dish (pictured) discovered at the bottom of Loch Tay, Perth and Kinross 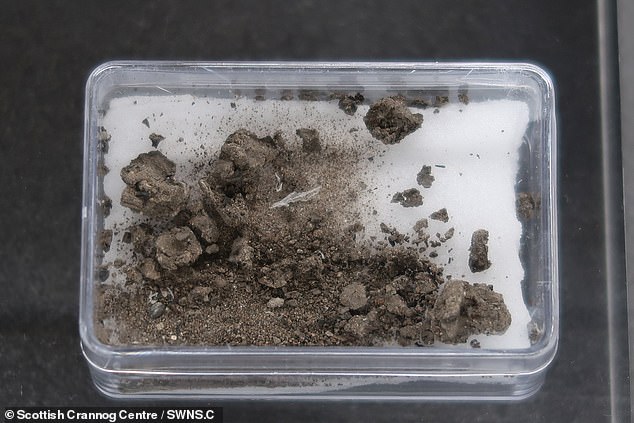 Analysis on the matter (pictured) found it was dairy material, with experts believing it likely originated from a cow

The crannogs were considered high-status sites which offered good security as well as easy access to trading routes along the Tay and into the North Sea.

Rich Hiden of the Scottish Crannog Centre says conditions in the loch had preserved the find because ‘there is very little light, oxygen or bacteria to break down anything organic’.

Analysis on the matter found it was dairy material, with experts believing it likely originated from a cow.

Holes in the bottom of the wooden dish suggest it was used for the buttering process. 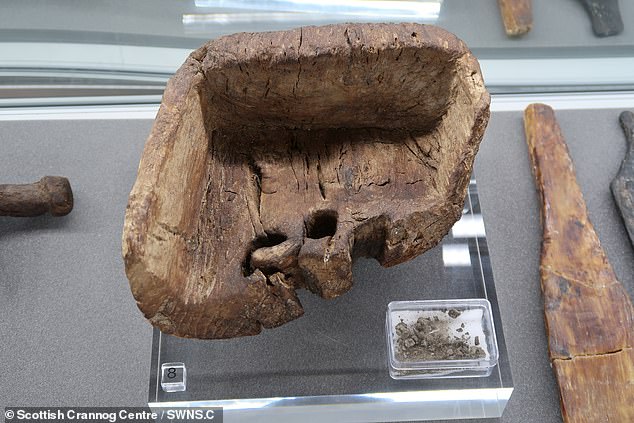 Rich Hiden of the Scottish Crannog Centre says conditions in the loch had preserved the find because ‘there is very little light, oxygen or bacteria to break down anything organic’

The butter then may have been turned into cheese by adding rennet, which naturally forms in a number of plants, including nettles.

Mr Hiden said: ‘This dish is so valuable in many ways.

‘To be honest, we would expect people of this time to be eating dairy.

‘So while it may not surprise us that they are eating dairy, what is so important about this butter dish is that it helps us to identify what life was like in the crannogs and the skills and the tools that they had.

‘The best thing about this butter dish is that it is so personal and offers us such a complete snapshot of what was happening here.

‘It is not just a piece of wood. You look at it and you start to extrapolate so much.

‘If you start to pull one thread, you look at the tool marks and you see they were using very fine chisels to make this kind of object.

‘They were probably making their own so that gives another aspect as to how life was here.’

It is believed that 20 people and animals lived in a crannog at any one time.

Many trees were used to fashion the homes, with hazel woven into panels to make walls and partitions.