When this bull got an itchy bottom, he just had to scratch it.

But in finding some relief, four year-old Ron also managed to knock a transformer box off an electricity pole, cutting power to 700-800 homes.

Ron, who weighs more than a ton, managed to avoid the box as it landed in his field in South Lanarkshire – and an 11,000-volt shock from the tumbling cables.

It happened on Thursday evening at East Shawtonhill Farm in Chapelton. 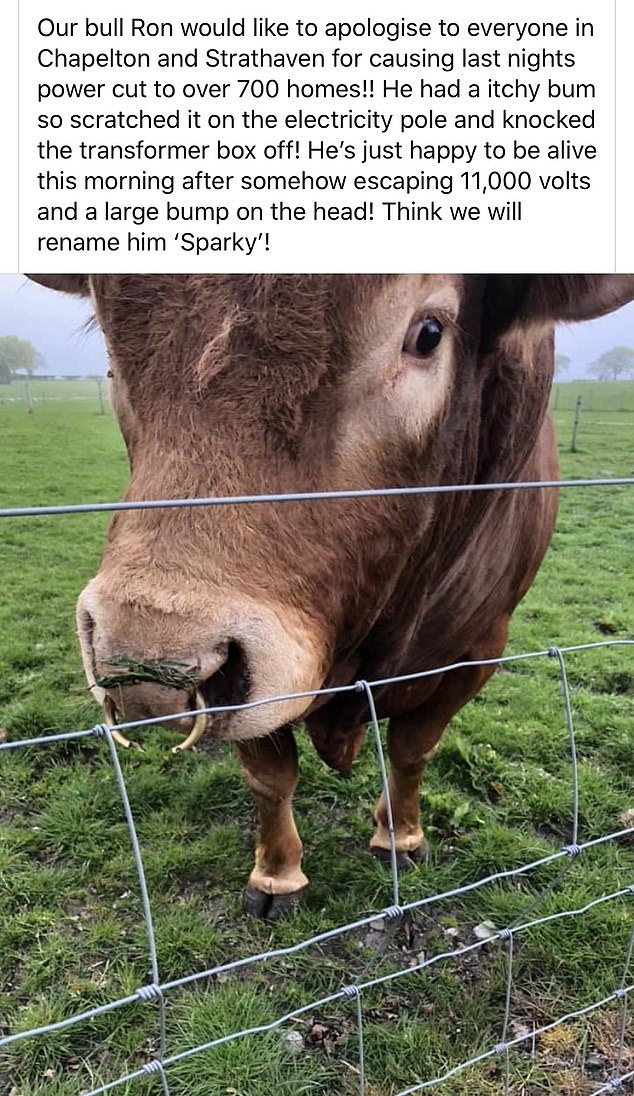 Mrs Laughton, who owns the farm with her husband Greg, said it is common for livestock to scratch themselves against electricity poles to get rid of their winter coats.

She said: ‘They are always itchy when they go out. Ron weighs over a ton so he has been rubbing and pushing against this pole and just knocked it off.

‘We have seen them shake the wires before when they do it but for the box to come off is completely new.’