GRAPHIC pictures capture the brutal moment blood sprays as a crocodile tears a helpless zebra to pieces after catching it as it tries to cross a river.

The gruesome snaps show the moment blood appears to explode from a five-hundred-pound crocodile's jaws after it gobbled down one unlucky zebra. 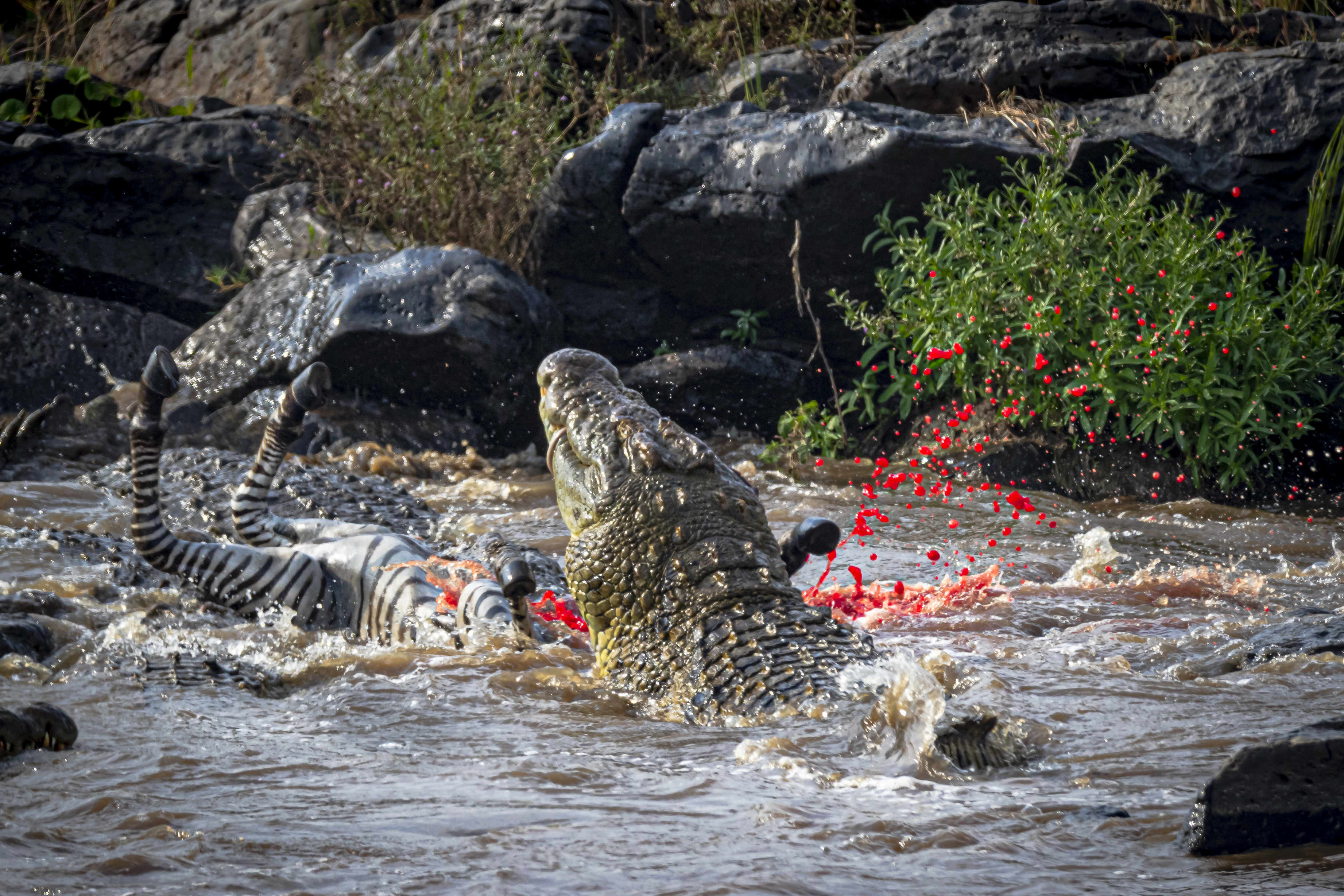 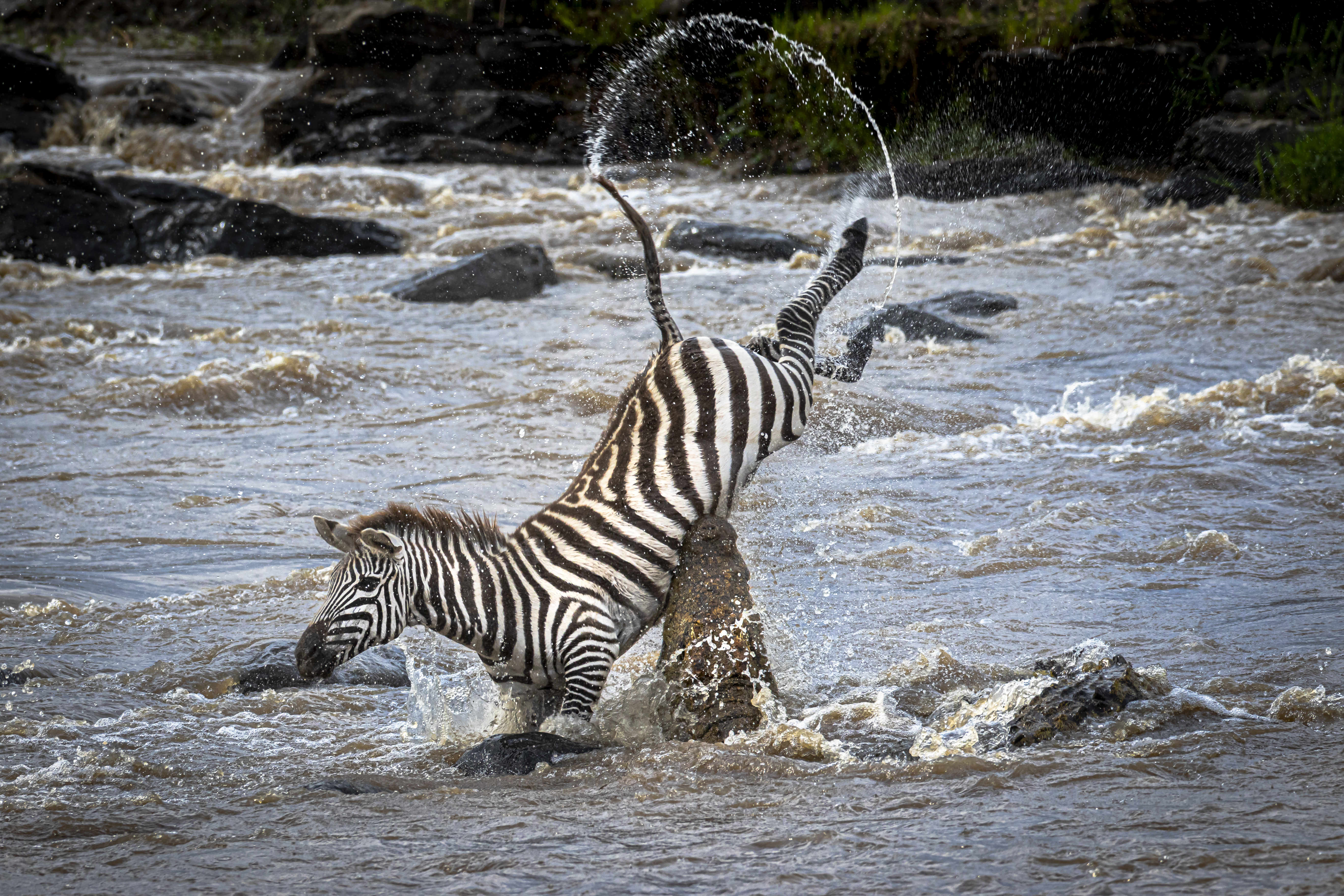 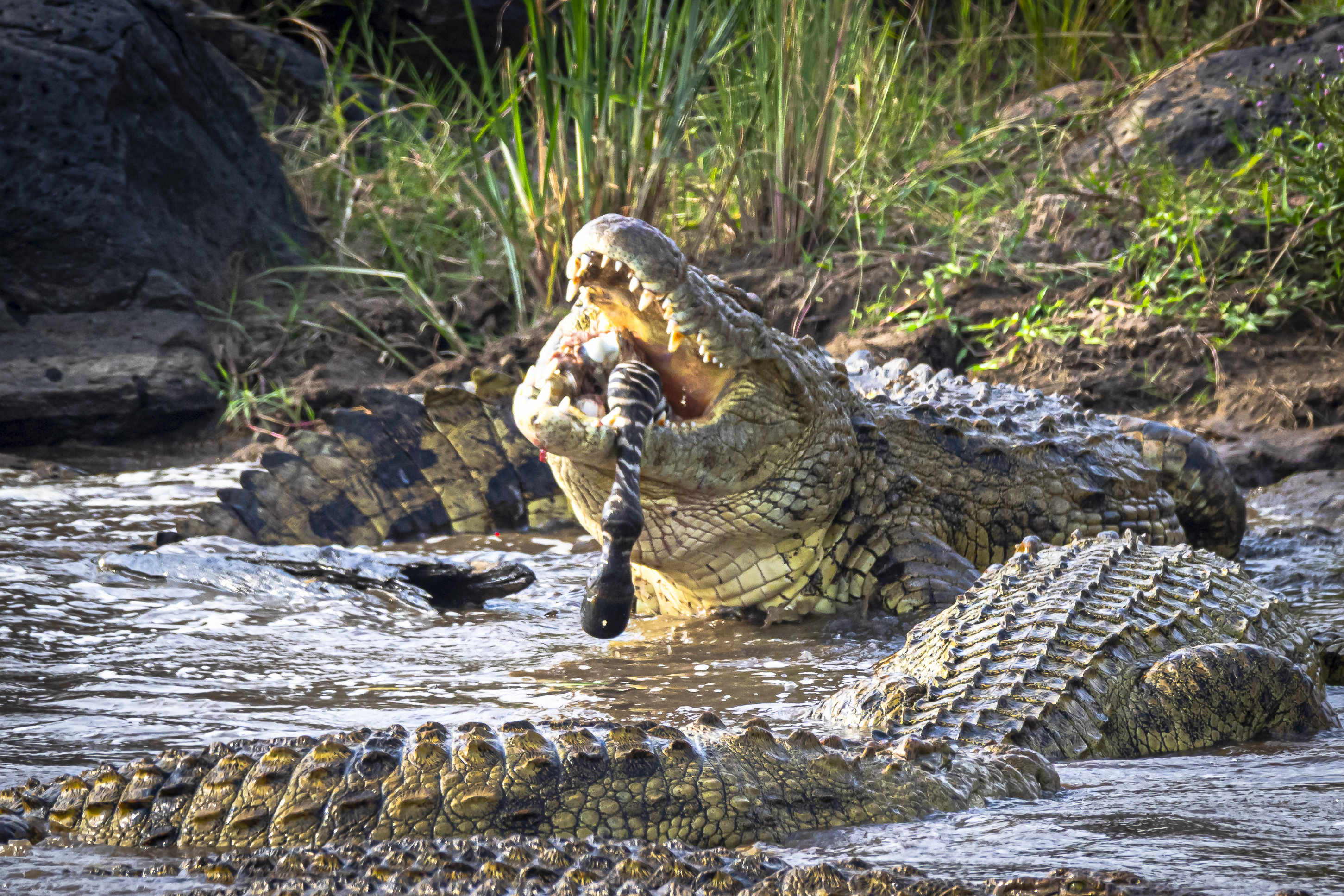 The incredible sequence show a herd of zebra cautiously debating making a river crossing before plunging into the water where a hungry 16-foot long crocodile was lurking.

One unsuspecting 440-pound zebra falls victim to the reptile as it is flung into the air before the jaws of death dealt their final blow, leaving a splatter of blood in its wake.

One final image captured the greedy croc as it swallowed the zebra whole, leaving just a glimpse of a hoof visible from its mouth.

The images were taken by New York financial consultant, Dennis Stogsdill, 50, while on a trip to the Mara Triangle, Kenya.

“Massive crocs like the ones in the Mara can kill in a fraction of a second. They grab the animal and pull it under in an instant,” Dennis said.

“Often we can wait for hours for a crossing but on this occasion we pulled up and literally one minute later a very large group of zebras started to cross the river.

“Because there had not been many crossings at this spot to date the crocodiles were hungry, so as soon as there was some action the crocs started to swim up river. From beginning to end I think it was probably forty to forty-five minutes.

“Once the zebra is killed a bunch of other crocs encircle and all try to get a piece of meat.

“This part of the experience is rather intense as the crocs battle for position and attempt to tear off a piece of meat. In addition there is a lot of fighting amongst the crocs.” 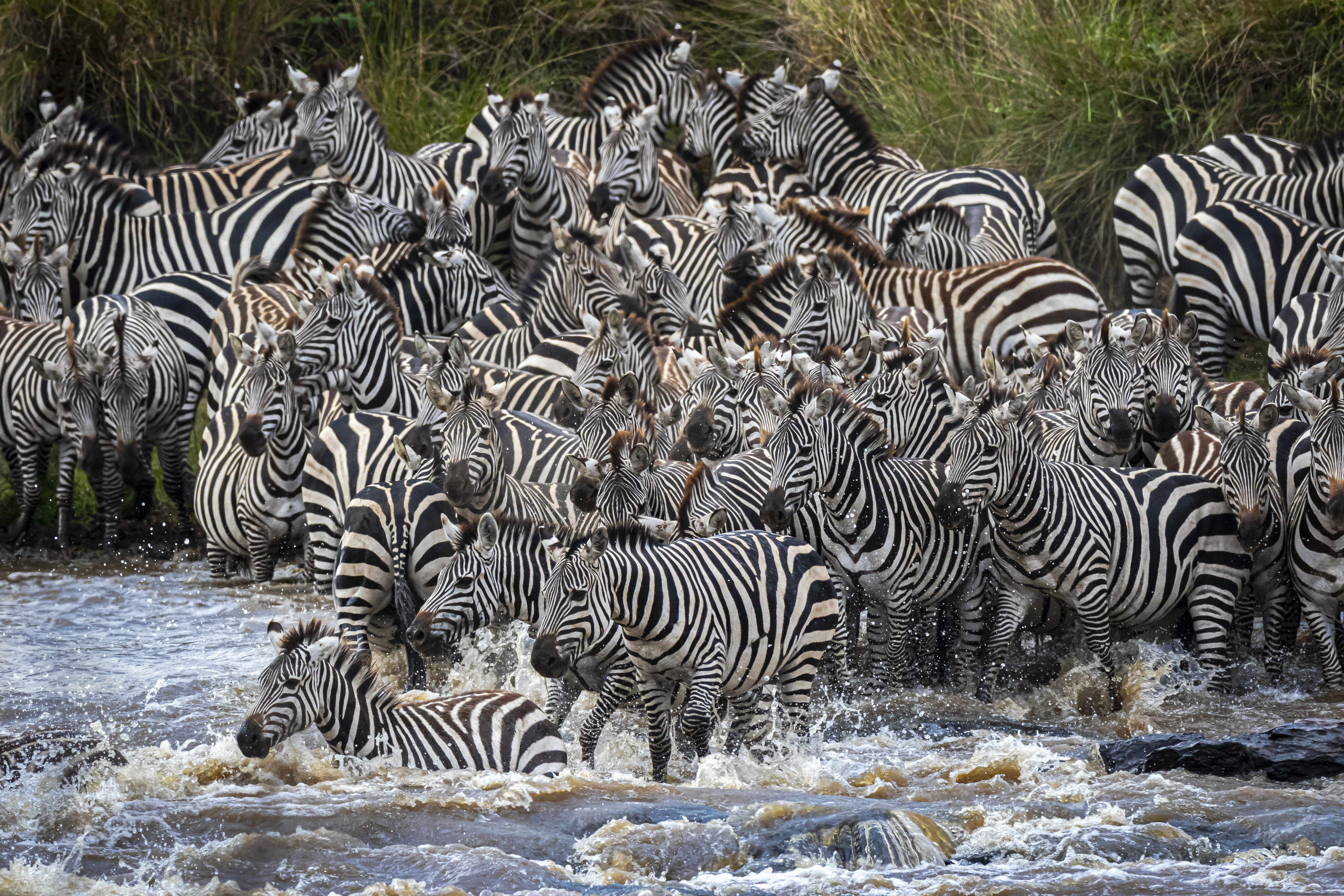 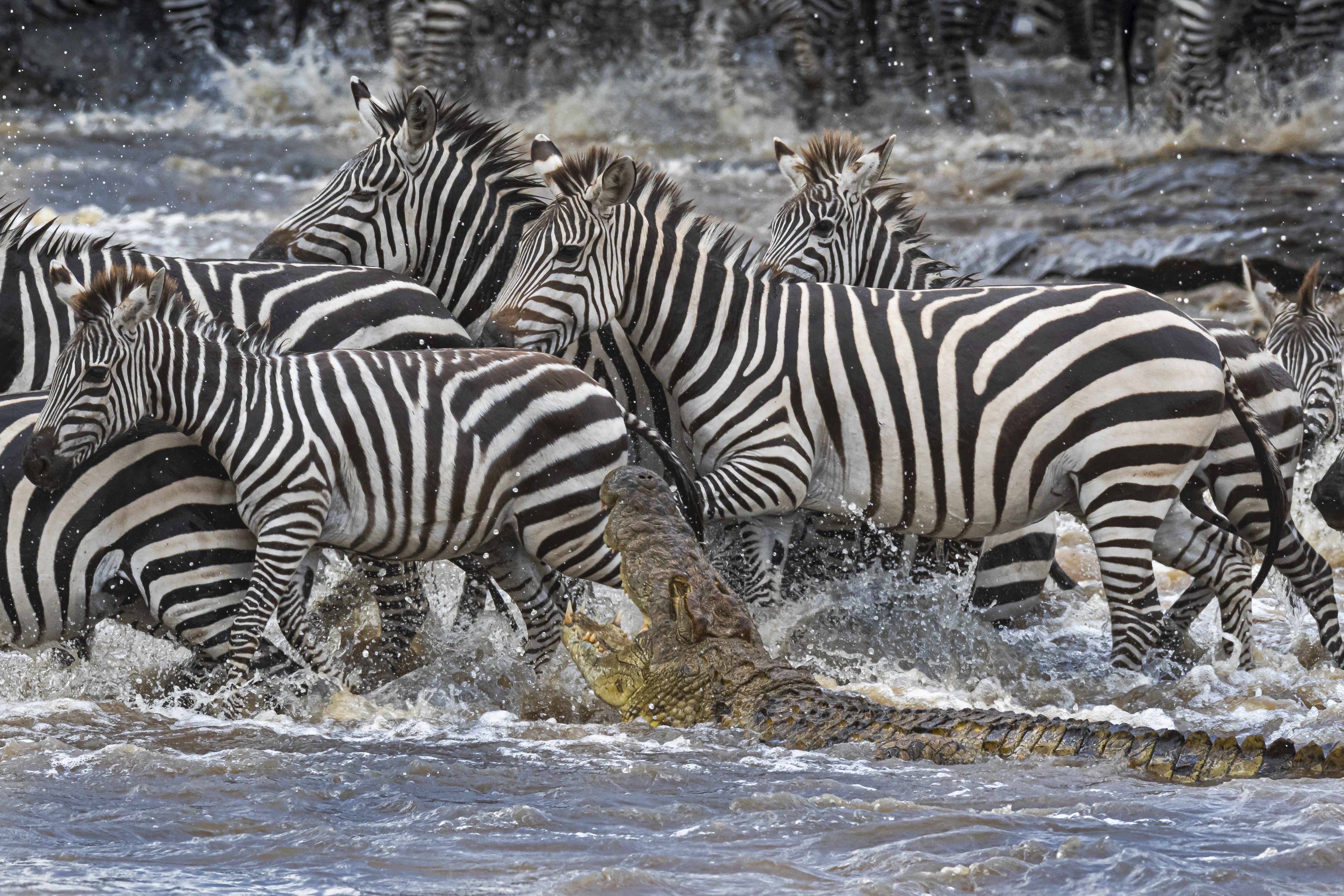 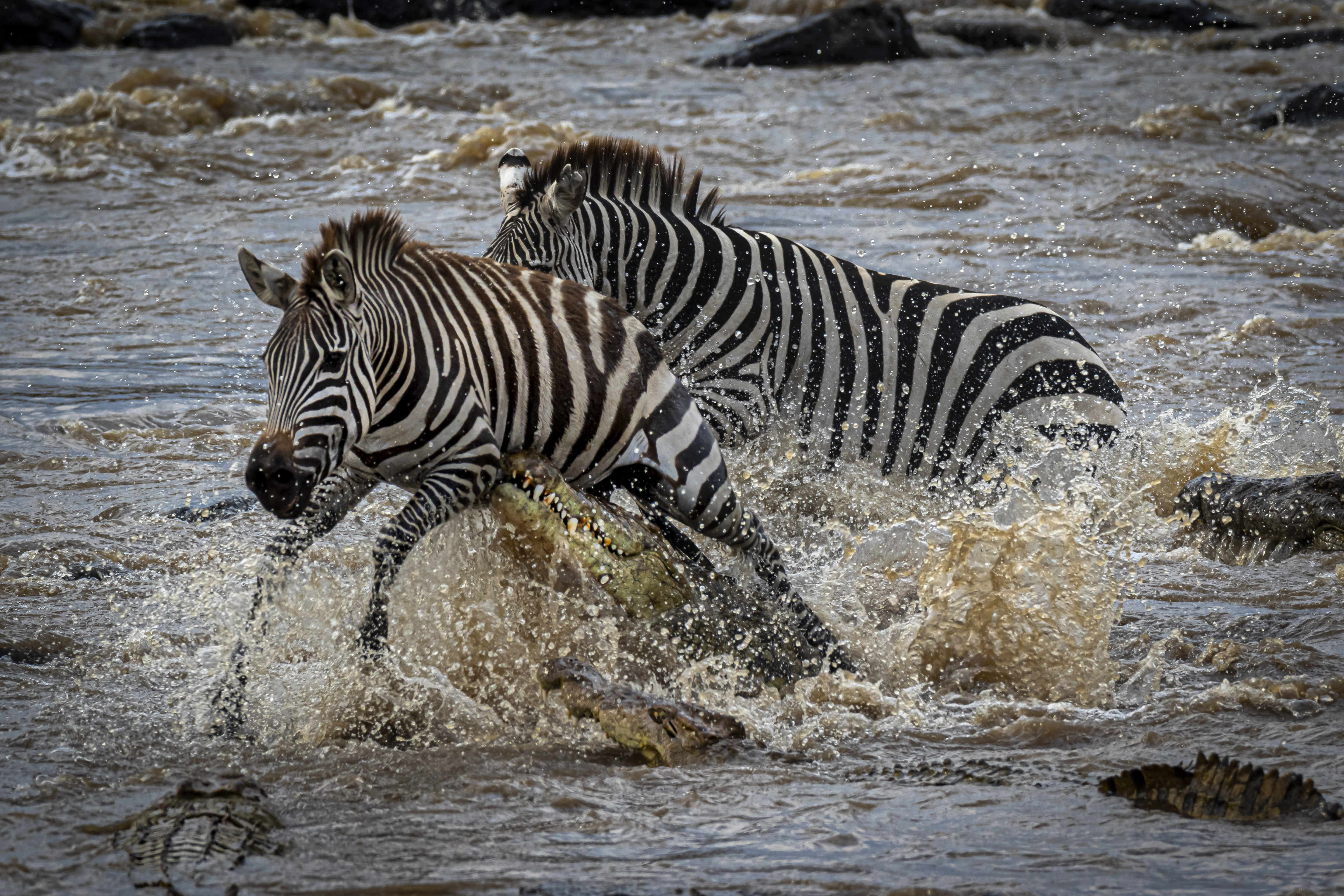 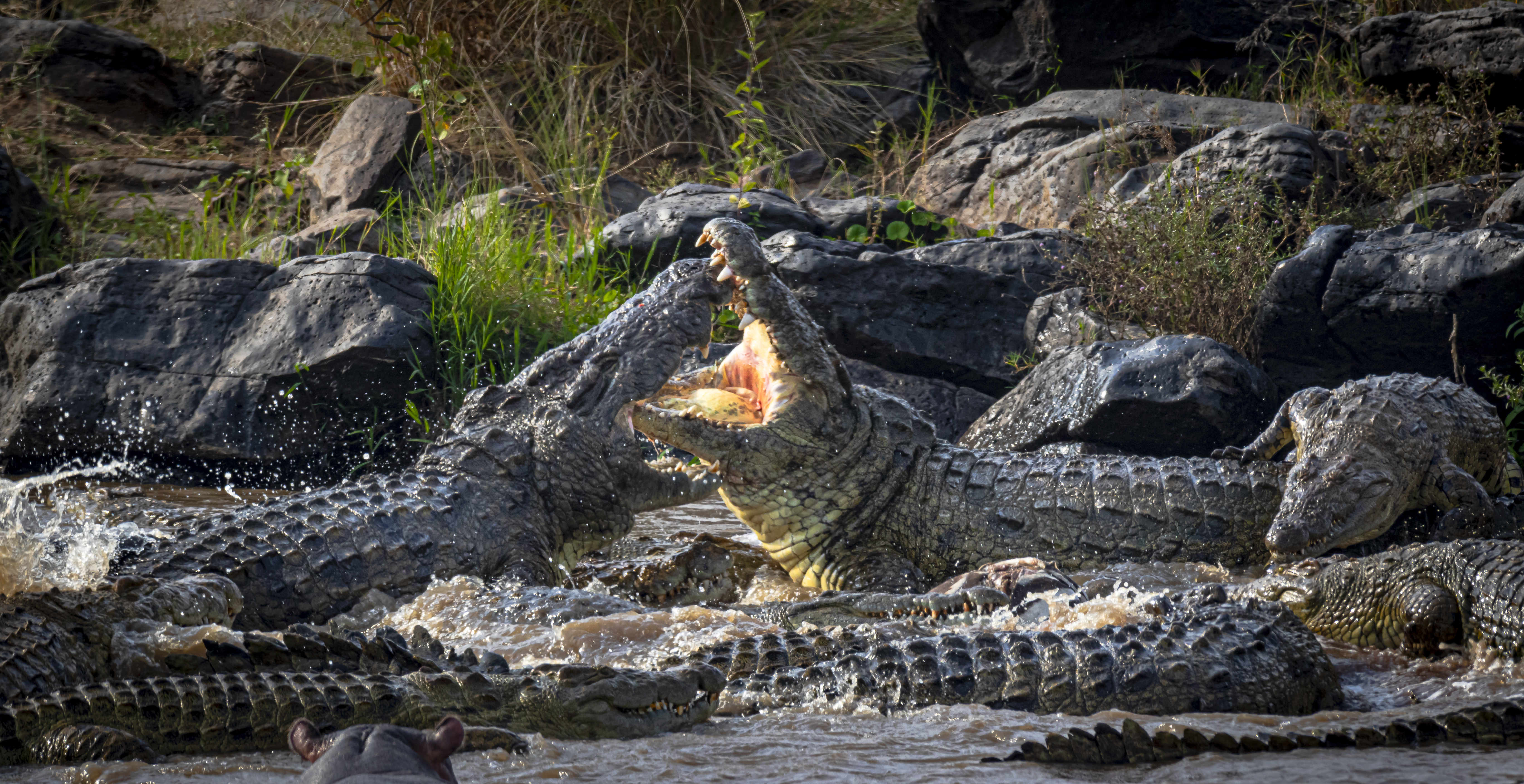 Africa's largest crocodiles can reach a maximum size of about 20 feet and can weigh up to 1,650 pounds with average sizes in the range of 16 feet and 500 pounds.

They live throughout sub-Saharan Africa, the Nile Basin, and Madagascar in rivers, freshwater marshes, and mangrove swamps.

They eat mainly fish, but will attack almost anything unfortunate enough to cross its path, including zebras, small hippos, porcupines, birds, and other crocodiles.

Dennis was around 85 feet from the action.

“I like several things about wildlife photography. Being in nature, seeing and anticipating interesting wildlife behaviour and the technical challenge of photography,” said Dennis.

“I just to try to bring the viewer into the scene.” 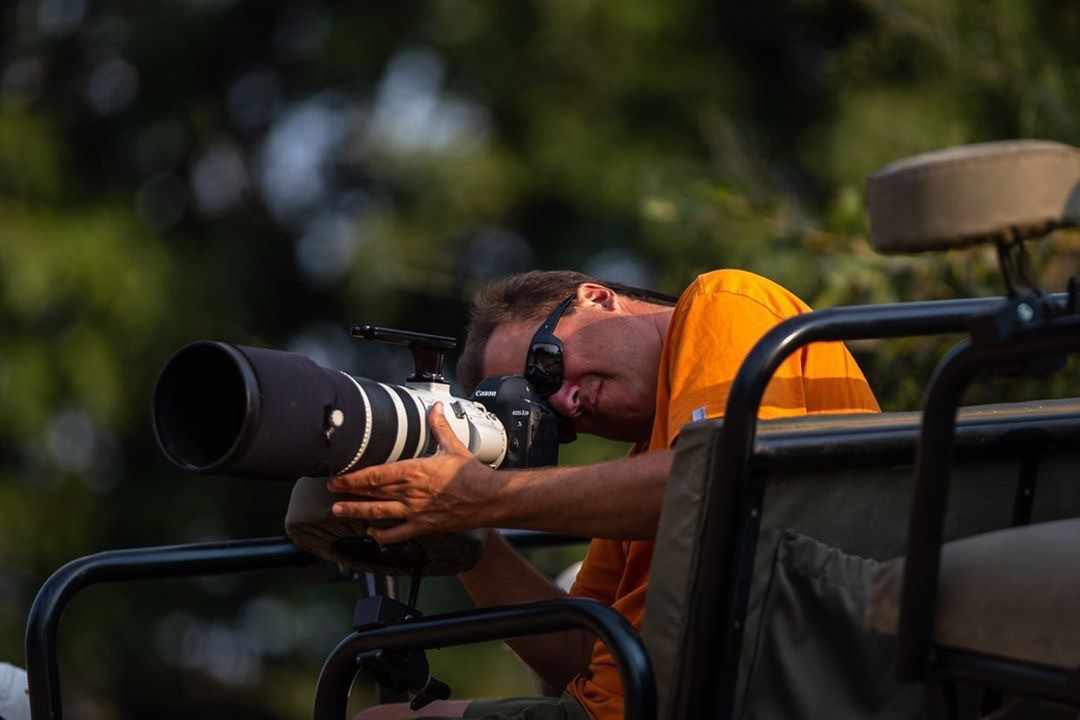