Champagne aficionados may claim the French brands have a certain je ne sais quoi when it comes to flavour and quality.

But in blind taste tests, English sparking wine is coming out on top. That is, until testers hear the names of the wines.

When drinkers rated the fizz based on taste alone, the English vineyards were preferred over French powerhouses such as Moet et Chandon and Veuve Clicquot. 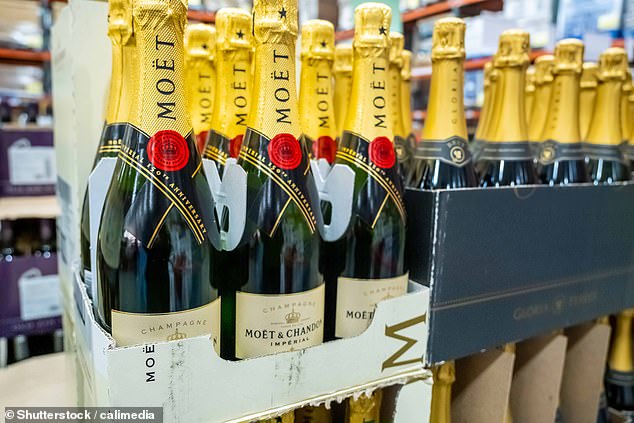 Champagne aficionados may claim the French brands have a certain je ne sais quoi when it comes to flavour and quality. But in blind taste tests, English sparking wine is coming out on top

But when the same tests were done with tasters who were given the names of the wines, French champagne jumped to the top of the table.

The results confirm an age-old snobbery based on the perception that the French, as the creators of champagne, must produce a superior product.

The eight wines all cost between £25 and £35 and were made using the same grapes and the traditional method.

In the blind tasting, 54 participants were asked to rate the wines on a sliding scale – with Kent sparkling wine Westwell claiming first place, followed by two other English creations in second and third.

But when the participants were given all eight wines again – this time knowing their names – only one English tipple cracked the top three.

Mr Walker said of the results: ‘What this really shows is that people are massively biased and somewhat brainwashed when it comes to choosing the best sparkling wine. It’s time to stop judging wines by their labels.’