‘They were in the wrong place at wrong time’: British family hit by landslide on Australia holiday of a lifetime were victims of freak accident and were just 50metres from safety, tour guide reveals

A British lawyer and his son were in the ‘wrong place at the wrong time’ when they were killed by a freak landslide in Australia, a tour guide said last night.

Mehraab Nazir, 49, died with his nine-year-old son as their family hiked along a ‘challenging’ narrow cliffside path in the Blue Mountains, near Sydney.

Mr Nazir’s wife Anastasia, 40, was fighting for life in hospital last night as the couple’s other son, 14, recovered after leaving intensive care.

The Nazirs’ ‘heroic’ daughter, 15, escaped injury in the landslide and raised the alarm.

Mr Nazir was a partner at an international law firm and the family were based in Singapore after moving from London more than a decade ago.

They were in Australia for a ‘holiday of a lifetime’ before tragedy struck on Monday afternoon. 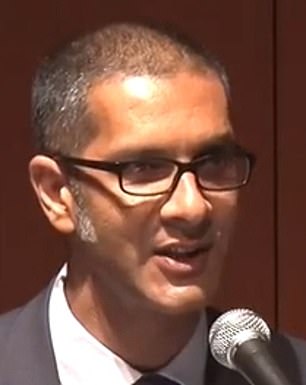 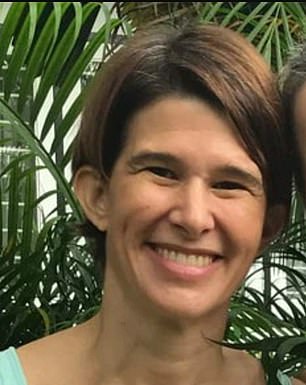 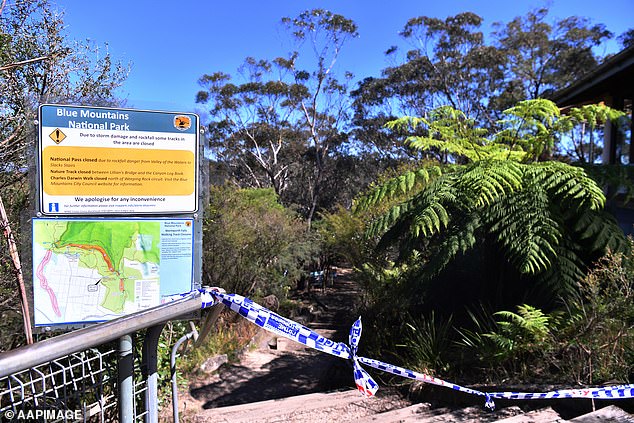 The entrance to the walkiing track where the Nazir family were hiking. A tour guide said they were in the ‘wrong place at the wrong time’

Tour guide Graham Chapman said recent heavy rain in the Blue Mountains beauty spot, known for its forests and waterfalls, had increased the risk of landslides. He wept when he learned of the tragedy, saying: ‘This beautiful family from England were just in the wrong place at the wrong time – it’s so sad. Maybe if they were another 50 metres either side or delayed during the day, this wouldn’t have happened.’

The path taken by the family, Wentworth Pass, had been deemed safe after being inspected by officials days earlier. The three-mile loop is described by park chiefs as ‘challenging’ and includes ‘waterfalls and valley views as well as magnificent forests and dense rainforest’.

Mr Chapman said: ‘I’ve seen so many landslides I couldn’t tell you how many. Here in the mountains, it can change in the blink of an eye and sadly for the English family, that’s exactly what happened the other day.’

He said Australia had only just reopened its borders after the Covid pandemic ‘and to know that family has come to our country and that this has happened on our soil… it’s just heartbreaking.’

But investigators have not ruled out the possibility that the danger came from above. It has been suggested that a massive rock ledge may have broken away, thundered down and hit the family.

Mrs Nazir and her surviving son were rescued after her daughter avoided injury and phoned emergency services. An ambulance official said she showed ‘heroic’ composure to guide rescuers to their location.

Her injured mother and brother were flown from the area by helicopter. The bodies of her brother and father were airlifted from the scene on Tuesday.

Mr Nazir graduated from Exeter University and worked as a partner at the firm Watson Farley and Williams, which has its headquarters in London. The firm said yesterday: ‘It is with the greatest sadness that we must confirm our dear friend and colleague Mehraab Nazir, a partner in our Singapore office, tragically lost his life in a landslide in Australia earlier this week alongside his young son.’

Mr Nazir had won plaudits from legal directories with Chambers reporting ‘there has never been a situation where he couldn’t find a solution’.

The family are members of the Zoroastrian faith.