Britain signalled today it is prepared to walk away from a post-Brexit trade deal with the EU unless Brussels drops its demands over fishing.

London blamed the EU for ‘limited progress’ so far in discussions over a free trade agreement, because of demands in areas including the resources in the waters around Britain.

The EU is insisting that the Common Fisheries Policy – much hated by UK fishermen – continues after the transition period ends in December.

But a source close to the UK negotiating team said today that Brussels had to realise this was ‘never gonna happen’.

They said that ‘level playing field demands and insisting that the European Court of Justice be the sole arbiter of disputes between the two sides was also ‘slowing us up’.

The source added: ‘If they continue to insist on their position on a so-called level playing field and on continuing the Common Fisheries Policy, for example, we are never going to accept that.

‘Draw your own conclusion from that but I hope they will move on.’ 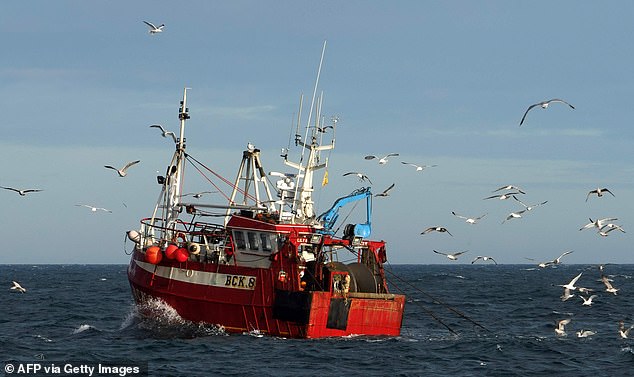 Britain wants to treat fishing as a separate agreement to a trade deal but Brussels has insisted the two must be linked.

It is pushing for a Norway-style agreement, where access to waters for EU trawlers is re-negotiated every year. It also wants the current system of divvying up quotas scrapped.

The bloc wants the status quo to be maintained.

Britain has tabled the majority of its proposals in the trade talks. David Frost, who is Boris Johnson’s Brexit envoy, told Mr Barnier the UK was seeking a Canada-style free trade agreement, which would mean no guarantee of alignment with EU rules.

The row is the latest spat as the two sides remain far apart on a number of issues.

Little progress was also made on the role of European judges, competition and labour rules, and agreeing a more streamlined structure to a deal. 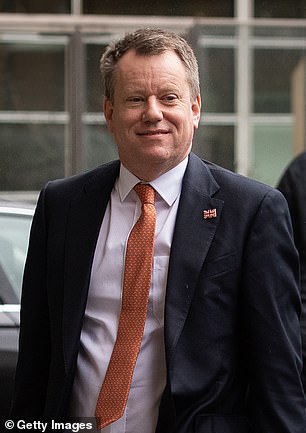 The latest round of talks took place virtually due to the on-going coronavirus crisis, with the next meetings scheduled for May 11.

Britain is understood to be frustrated that its efforts to swiftly agree an off-the-peg agreement being bogged down by special EU requirements.

The source said: ‘We made limited progress in bridging the gaps between us.

‘We agree with Barnier that there is little time, there is the need to make progress.

‘What is clear to me is, if we were agreeing a standard Canada-style free trade agreement (FTA), we could do it quite quickly with quite a good understanding between the negotiators on the terms of an FTA.

‘Of course there are negotiations to be had but people understand each other.

‘But what is slowing us up is the EU’s insistence on extra provision, notably the level playing field area, aspects of governance and of course there is no meeting of minds on fisheries.’